Chipmaker TSMC said it was ready to begin mass production of 3nm chips. It is planned to start mass production in the second half of this year, and deliveries of processors created using this advanced technology will begin next year.

The company plans to reach a production volume of 30-35 thousand silicon wafers according to the standards of the 3-nanometer process technology. The CEO of TSMC believes that the demand for new chipsets will be very high and they will try to meet it. According to forecasts, in the first year, the production of 3nm chips will prevail over the production of 5nm and 7nm processors.

Apple is expected to be the first company to release devices with 3nm chips. Perhaps they will be the new iPhone and iPad. Mac computers will also be transferred to chips created using the new N3 process technology from TSMC.

The Taiwanese chipmaker is also working on a 2-nanometer process technology. They promise to use the new GAA transistor technology and the first commercial devices with 2nm chips should appear on the market no earlier than 2026. Test copies of the processors should be released in 2024, and mass production will begin at the end of 2025. 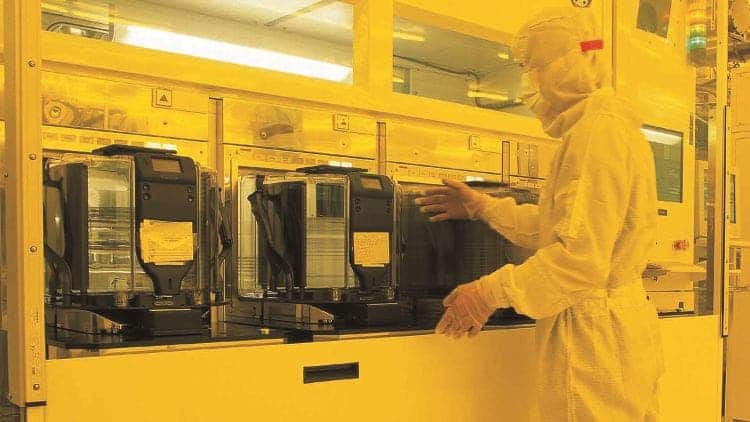 TSMC ends first quarter with record revenue of over $17 billion

The season of full-fledged quarterly reports is opened by the Taiwanese company TSMC, which in the first three months of this year earned $ 17.6 billion – 36% more than in the first quarter of the previous year. Earnings per share increased by 45.1%. The number of shipped silicon wafers increased by 12.5%.

The increase in the operating profit margin from 41.5% in the first quarter of last year; to 45.6% in the last quarter speaks to the company’s ability to effectively manage rising costs. The net profit margin increased from 38.6% to 41.3%, while operating expenses increased by 24.3%. The overall rate of return reached 55.6%, up three percentage points on average both sequentially and year-on-year.

The company attributed the consistent 12.1% increase in first-quarter revenue to the growing demand for high-performance components and solutions for the automotive segment. The share of 5nm products in revenue decreased sequentially from 23% to 20%; but the share of 7nm products at the same time increased by the same 3 percentage points from 27%. Half of the quarterly revenue was generated by advanced technical processes with standards of 7 nm and thinner. The share of mature technical processes remained fairly stable.

In terms of hardware platforms, smartphones accounted for 40% of TSMC’s quarterly revenue; while high-performance components (HPCs) retained 41% of revenue. Both the HPC and Automotive segments saw consistent revenue growth of 26%. True, the share of the latter in the total revenue structure did not exceed 5%. The Internet of Things remains the third-largest revenue sector, but it also occupies no more than 8%.

Next iPhone: more and more users deactivate the anti-tracking feature