Earlier today, a Lenovo executive emerged to tease a 125 W Motorola charger. That’s a major twist, after all, Motorola took a while to deliver proper charging on its smartphones. The recently released Motorola Edge 30 Pro – or Motorola Edge X30 – packs 68 W fast-charging. Motorola took a while to enter the race of fast-charging, but apparently, it’s finally catching up with the competition. The executive revealed that the company already has a 125 W charging standard. As a result, many reports came suggesting that this charging will debut with the upcoming Motorola Frontier. To those unaware, this is gearing to be a super-flagship from Motorola with a 200 MP camera. Now, a reliable Chinese tipster has shared additional details about the Frontier and other Lenovo smartphones.

According to Digital Chat Station on Weibo, the Lenovo group is gearing up to launch two new premium smartphones powered by Qualcomm Snapdragon SM8475 SoC (Snapdragon 8 Gen 1 manufactured by TSMC). One of them will be released under the Motorola brand, while the other one will bear Lenovo Legion branding.

According to the tipster, the Motorola Frontier will flaunt a 6.67-inch OLED display with a Full HD+ resolution. Moreover, the handset will bring Motorola’s signature 144 Hz refresh rate with a single punch-hole. Another of this smartphone’s main specs is the 194 MP or 200 MP primary rear camera measuring 1/1.5″ in size and a 60 MP selfie snapper. We don’t know exactly which route Motorola will take with the marketing campaign. But perhaps, it will go for a “world’s first 200 MP camera marketing campaign”. 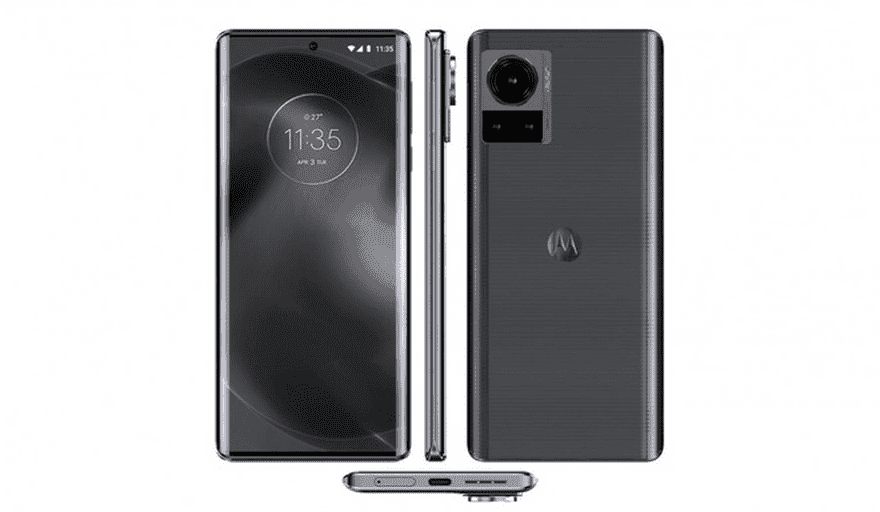 The Lenovo executive confirmed the company already has a “Motorola 125W charger”. So, we can’t see the Motorola Frontier coming with anything below this mark. The handset will certainly bring this impressive charging rate and will enter the segment of “super-charging” smartphones. It’s ironic to see that even Motorola is improving its charging while Samsung keeps playing a “safe game”. The tipster also suggests 30W / 50W wireless charging support. Apparently, the exact rate isn’t confirmed.

Lenovo Legion for the mid-range segment

On the other hand, the Lenovo Legion model will flaunt a 6.67-inch Full HD+ OLED display with up to 144 Hz refresh rate and a single punch-hole. However, the phone will have a flat panel and not a curved one. The device will also bring a more conventional 50 MP main camera and 16 MP selfie snapper. Apparently, this is a cost-effective Lenovo Legion smartphone. Last but not least, the phone will draw its powers from a huge 5,000 mAh battery with 68 W fast wired charging support.

For now, there is no official word on when these two smartphones will be released. Rumors suggest that the Motorola Frontier will be revealed during the second half of 2022. After all, Motorola has just released the Motorola Edge series and it does not make much sense for the company to unleash a much better flagship right now.

Next Huawei smartphone with 6.75-inch OLED and 6000mAh battery passes by TENAA