Less than a month ago, it became known that the Motorola Frontier is preparing for the release, the main feature of which will be a camera sensor with a record resolution. It should be the first smartphone to feature the 200MP ISOCELL HP1 image sensor introduced by Samsung last September (or a 194MP sensor). The design of Motorola Frontier is not a big secret, but today we offer to take a look at its high-quality rendering.

Leaked photo of the Motorola Frontier with a record-breaking camera

It was shared with the general public by the well-known network insider Evan Blass, who is accurate in his predictions. Visually, the Motorola Frontier is a thin device with a curved body in the front and the back. The camera design resembles the Xiaomi Civi block, where the emphasis is on the main module of impressive size. A little lower – a couple of sensors are more modest in size.

On the bottom edge, there is a Type-C port, a speaker grill and a SIM card slot. Apparently, a 3.5 mm headphone jack will not be avaialable here. Motorola Frontier release date has not been announced. Perhaps it will appear at MWC 2022. We know that the smartphone should offer a Snapdragon 8 Gen 1 chipset, a 6.67-inch screen with a refresh rate of 144 Hz and FullHD + resolution, up to 12 GB of RAM, a 4500 mAh battery with 125-watt wired charging and 50W wireless. 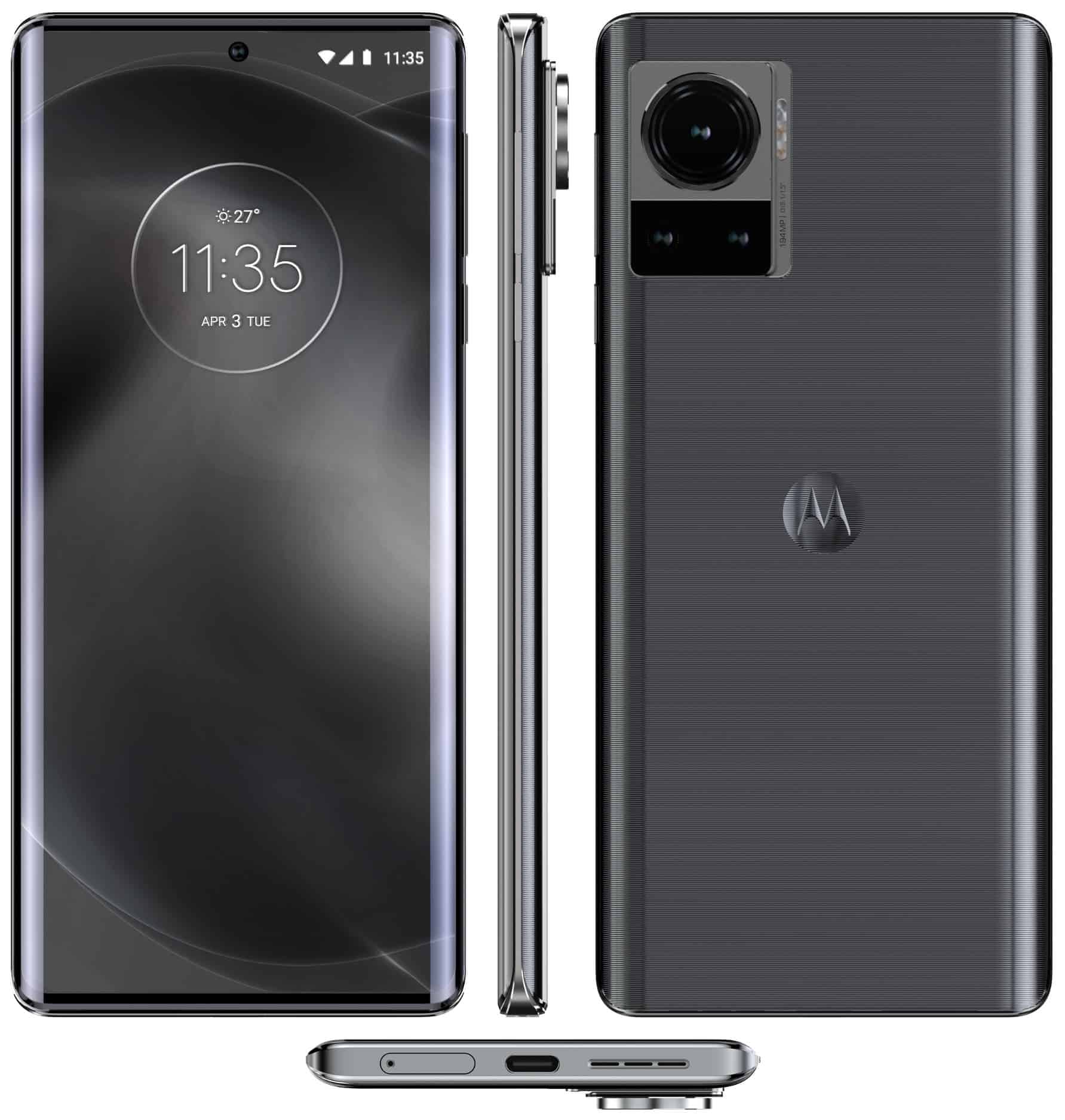 Motorola has unveiled a teaser announcing that shortly before the Mobile World Congress (MWC) 2022 exhibition of mobile technologies; which opens on February 28, a new smartphone of the Edge family will debut.

About what model will appear at the presentation, we do not know. However, observers agree that Motorola is announcing the flagship device Moto Edge 30 Pro; rumors about which have been circulating on the Internet for a long time. The debut will take place on February 24th.

Also, according to the available information, the smartphone will have a flagship Qualcomm Snapdragon 8 Gen 1 octa-core processor with an advanced Snapdragon X65 5G modem, 8/12 GB of RAM and a flash drive with a capacity of 128/256 GB.

Power will be provided by a 5000 mAh battery with support for fast 68-watt recharging. The smartphone will enter the market with the Android 12 operating system out of the box.