Motorola recently announced the coming of its new flagship which will pack amazing features. According to the company, this flagship smartphone will come with the Qualcomm Snapdragon 8+ Gen 1 SoC as well as a 200MP main camera. The company further reveals that this device will officially arrive in July. It will also be the world’s first high-end smartphone with a 200MP camera. 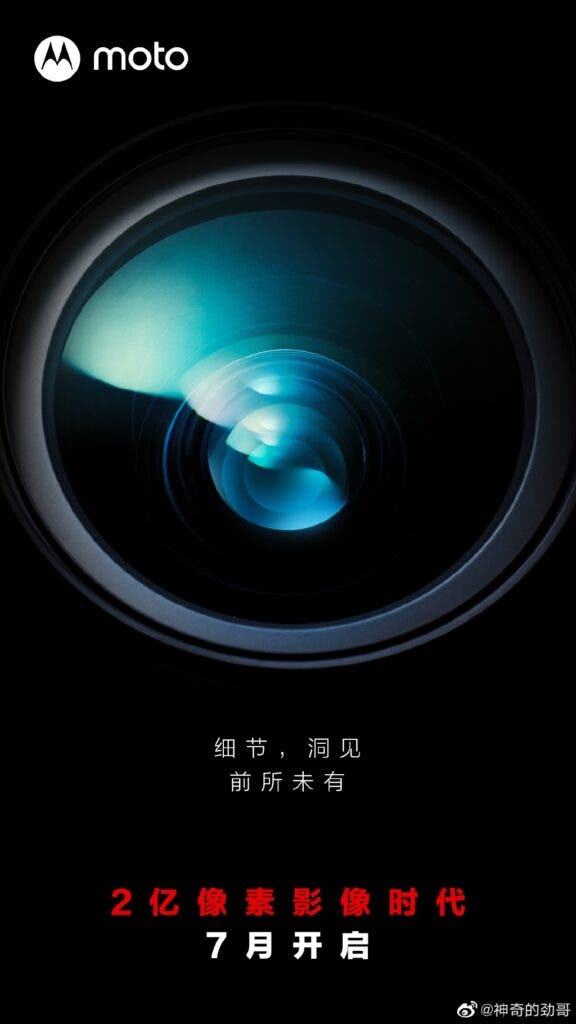 This flagship smartphone has been attracting a lot of attention from the media. In fact, considering the hardware that this device packs, it sounds “crazy”. With such an impressive camera, we can safely call this smartphone a “monster”. However, it is public knowledge that higher camera pixels do not always translate to a superior camera experience. Thus, we can not ascertain the true performance of this camera until the smartphone officially arrives.

The Motorola Frontier packs a huge rectangular cutout for the triple-camera setup. The top, the massive camera module is the 200 MP sensor. There is a label on the camera’s island that confirms it’s a 200 MP HP1 sensor with OIS and an f/2.2 aperture. According to details from Samsung, its 200 MP sensor can function as several different sensors.

In addition to the 200MP sensor, another highlight of Motorola’s new phone is that it will come with a Qualcomm Snapdragon 8+ Gen 1 SoC. This chip achieves double breakthroughs in energy efficiency and performance.  According to reports, this chip comes with significant changes in six aspects.  This time, the company uses TSMC’s 4nm process on the Snapdragon 8+ Gen 1. Recall that the Snapdragon 8 Gen 1 uses Samsung’s 4nm process. However, the SD 8+ still uses an eight-core architecture including 1 Cortex X2 super core + 3 A710 large cores + 4 A510 small cores. Officially, its performance improves by 10%. While a 10% improvement in performance may be small, the chip also optimizes its power consumption. Relative to the previous generation, the power consumption of this chip reduces by about 15%.

According to the speculations so far, this Motorola flagship will be officially released in July this year.

Next Xiaomi and Leica collaboration: a new level of mobile photography