Last April, LG officially shut down its mobile division, which left a considerable gap in the US smartphone market. According to the latest report from Counterpoint Research, Motorola filled this gap, becoming the third-largest smartphone OEM in the United States. In 2021, Motorola’s smartphone sales rate increased by 131%, and the market share reached 10%. This is a record high for the Motorola brand. Apple leads the pack with a 58 percent share, followed by Samsung with a 22 percent share. 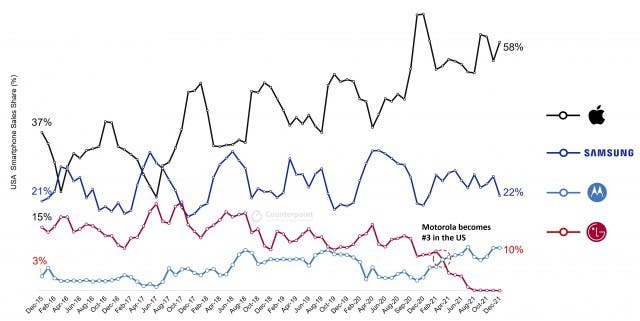 Motorola’s market share in the US for $400 and below price segment also rose to second place. The manufacturer’s sub-$300 portfolio was also a key factor in its success last year, with the Moto G Stylus, Moto G Power, and Moto G Pure selling especially well. Carrier deals and promotions are also a big contributor to Motorola’s rise. Counterpoint noted that Motorola’s momentum in 2021 was carried over into the first quarter of 2022, with strong sales figures. Going forward, Counterpoint analysts expect the brand to continue to drive high-priced sales value and challenge Samsung and Apple in the flagship segment.

The US market is probably the most simple smartphone market in the world. This is because it is a “closed” market designed for a few brands. Apple and Samsung alone has almost 80% of the U.S. market. This is because the American government does not allow other smartphone brands to thrive. Take for example, Huawei, the company can not sell its smartphones in the U.S. Furthermore, other Chinese smartphone brands also have similar restrictions. This is why we can have a brand like Motorola which is not even competing in other markets of the world having third-place in the U.S. 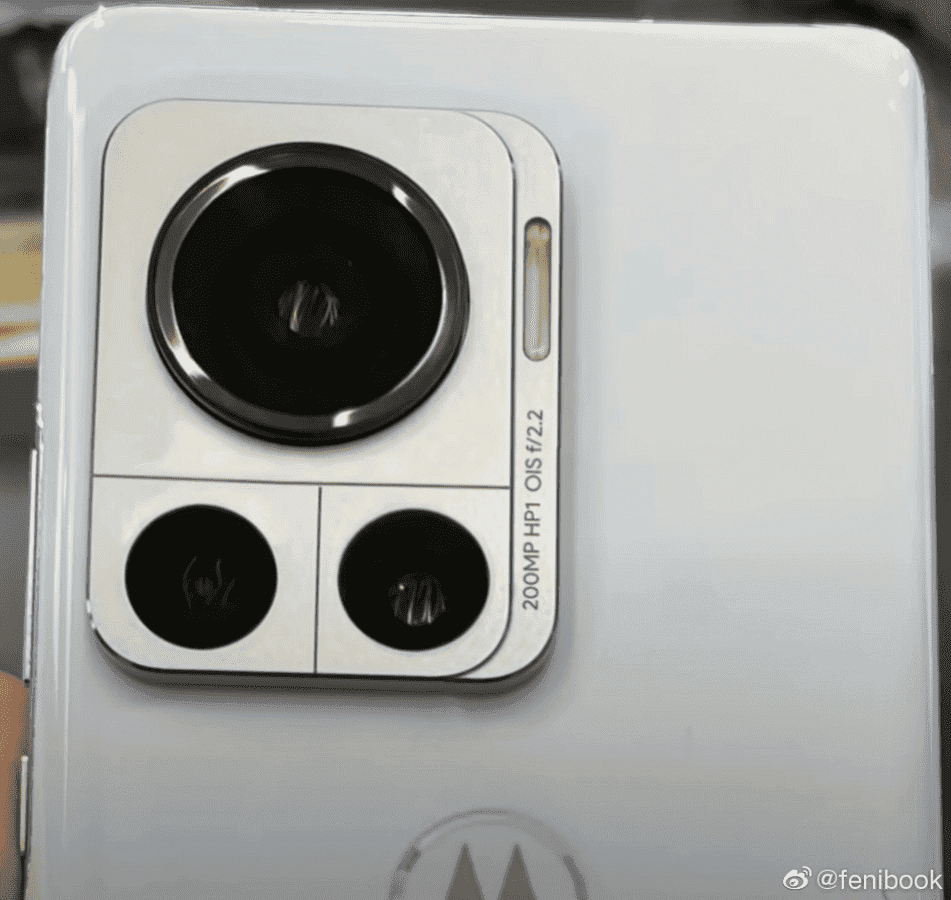 The Motorola Frontier packs a huge rectangular cutout for the triple-camera setup. The top, the massive camera module is the 200 MP sensor. There is a label on the camera’s island that confirms it’s a 200 MP HP1 sensor with OIS and an f/2.2 aperture. According to details from Samsung, its 200 MP sensor can function as several different sensors. That comes as a result of the deep learning-based remosaicing algorithm.

Next Nokia XR20 gets Android 12 update