After much anticipation, Motorola confirmed the launch of the Motorola Edge 30 Pro. The device will be the company’s flagship for global markets and brings the exact same specifications as the Motorola Edge X30. Even a recently spotted Bluetooth SIG certification confirms the device is a rebadged Edge X30. Now, the device that carried the title of the world’s first Snapdragon 8 Gen 1 smartphone is reaching global customers. A set of leaked images have been revealed today by reputed leakster Evan Blass, he shows the smartphone in all its glory as well as some interesting accessories that will be available. 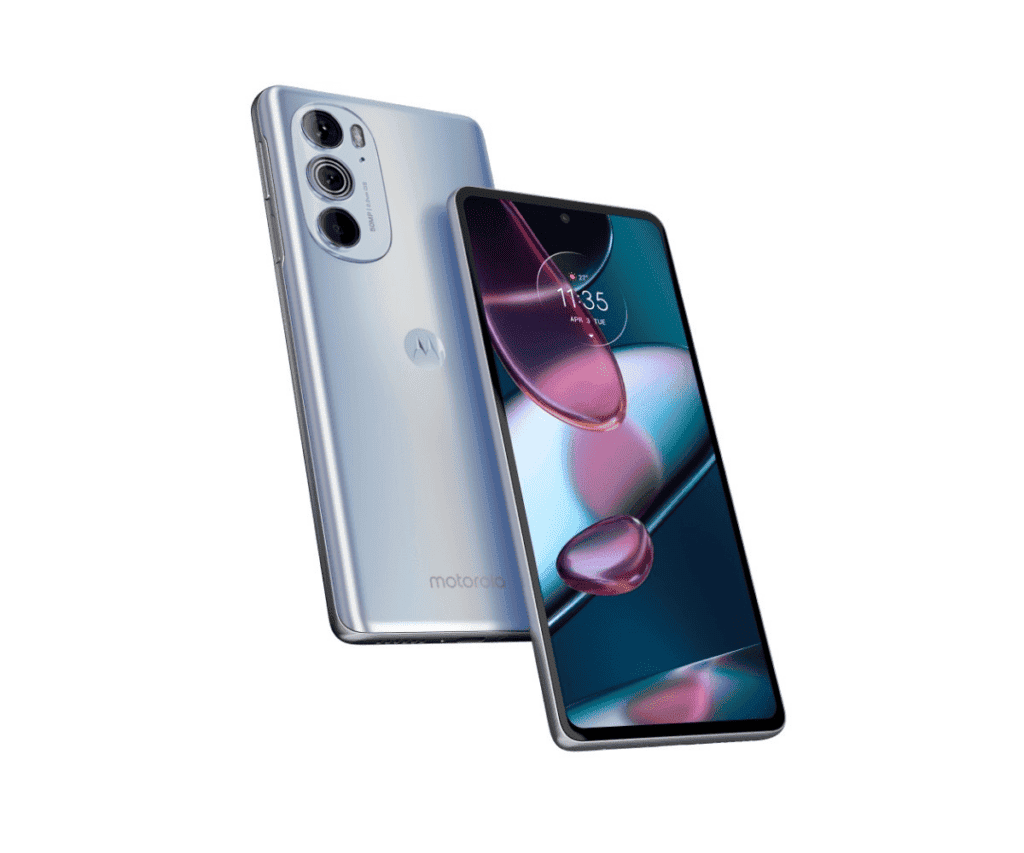 While the first render showcases the device in all its logs, the second done details interesting accessories. It shows a folio case for the phone and a stylus. Are you needing a Galaxy Note-like experience with this flagship? Then Motorola says you can. Of course, you won’t get the experience that Samsung offers with its smart stylus, it’s just a common stylus for notes and sketches. The case is more interesting. After all, when in stand-by mode with the case, there will be a special Always-On Display mode. Neither the case nor the phone has a proper slot for the stylus. So, we can conclude that it will be sold separately. 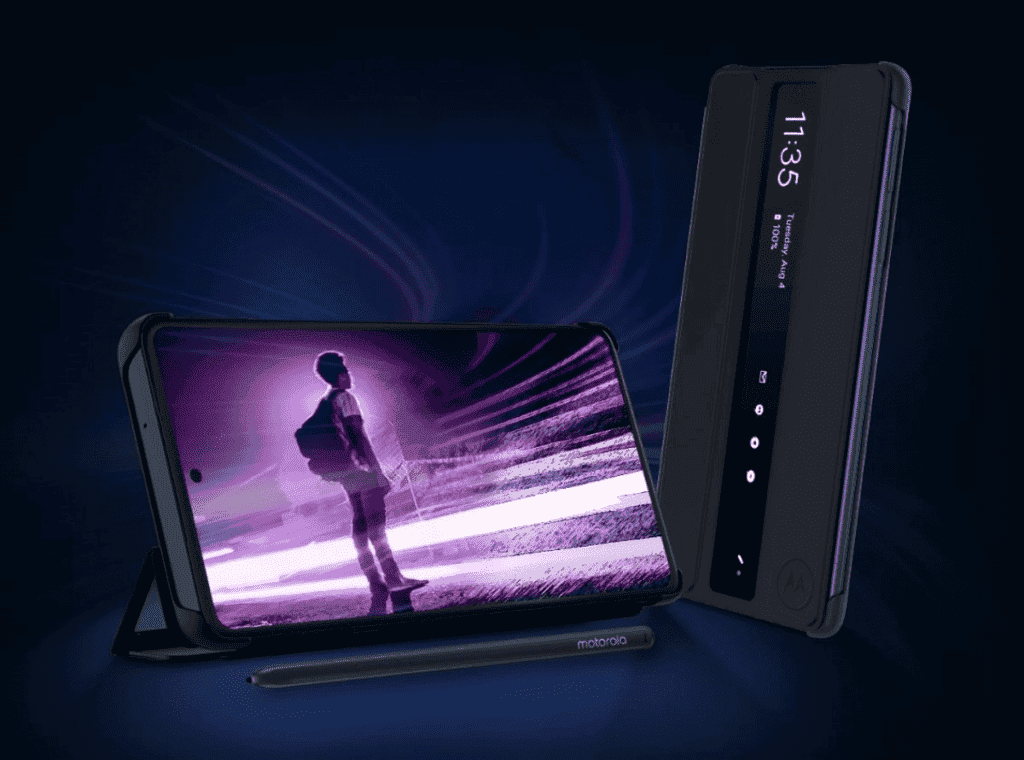 The company didn’t disclose the specifications of the Motorola Edge 30 Pro just yet. However, there’s no real need for that. Since the handset is the Motorola Edge X30 in essence, we already know what to expect. That said, the Motorola Edge 30 Pro will bring the Qualcomm Snapdragon 8 Gen 1 SoC. We expect up to 12 GB of RAM with up to 256 GB of Internal Storage. The device has a 6.7-inch Full HD+ OLED display with a whopping 144 Hz refresh rate. Again, Motorola is focusing on bringing 144 Hz refresh rates on “standard flagships”, something that is not common for brands outside the gaming range. The fact that the phone has a Full HD+ resolution instead of Quad HD+ should also give it more advantage while playing games. The device has a centered punch-hole for the 60 MP selfie camera. For now, there is no word on a global release for the special edition with the under-screen camera.

Moving on, the Motorola Edge 30 Pro packs a triple-camera array. The primary camera is a 50 MP shooter, the secondary shooter also has 50 MP resolution and offers an ultrawide view. Finally, we have a 2 MP camera for depth sensing. The device will draw its powers from a huge 5,000 mAh battery with support for 68 W fast-charging. In terms of software, the device will run Android 12 out of the box with MyUX running on top.

The Motorola Edge 30 Pro will reach global markets on February 24.

Next The Blackberry brand is gone forever