Motorola managed to put its name in the headlines thanks to the release of the Motorola Edge X30 and the rumors about the impressive Motorola Frontier. Talking about the former, it was the first smartphone to reach the market with Snapdragon 8 Gen 1. This post belonged to Xiaomi for some years, but in 2021, the Lenovo-owned brand managed to come first. The Motorola Edge X30 was a very good device that comes in two versions – punch-hole and under-screen camera versions. Since its launch, we have been seeing speculations about the release of the handset outside of China. As expected, the handset will be dubbed Motorola Edge 30 Pro across global markets. Its global launch is finally set for February 24.

The Lenovo-owned brand decided to post the first official teaser for the upcoming launch. The teaser made through the company’s Twitter handle says #findyouredge, which clearly points to the release of the Edge 30 Pro. Interestingly, Motorola India has also posted the exact same teaser. Therefore, we can expect the upcoming Motorola Edge series handset to be revealed in India on the very same day.

To those unaware, the Motorola Edge 30 Pro will be a rebranded X30. It will be the company’s flagship offering for global and Indian markets in the coming months. However, reports also suggest that Motorola is preparing a super-flagship for later this year. The device rumored to come as Motorola Frontier will pack Snapdragon 8 Gen 1, and a 200 MP camera.

The Moto Edge X30 flaunts a 6.7-inch Full HD+ POLED display with 2,400 x 1,080 pixels of resolution. The handset has a 144 Hz refresh rate, and a 700 nits peak brightness. The device is also HDR 10+  certified. The global variant probably is the one with the punch-hole camera. After all, the under-screen version is still a “special edition” and not something widely available in China. The selfie snapper will be an impressive 60 MP camera.

Under the hood, the Motorola Edge 30 Pro packs a Qualcomm Snapdragon 8 Gen 1 SoC. It comes with the Adreno 730 GPU. The device also runs Android 12 and its optimizations with MyUI 3.0 running on top. The device packs a huge 5,000 mAh battery with 68 W fast-charging support. There are variants with 8 GB, and 12 GB of RAM. Storage-wise, there are options with 128 GB and 256 GB of Storage. 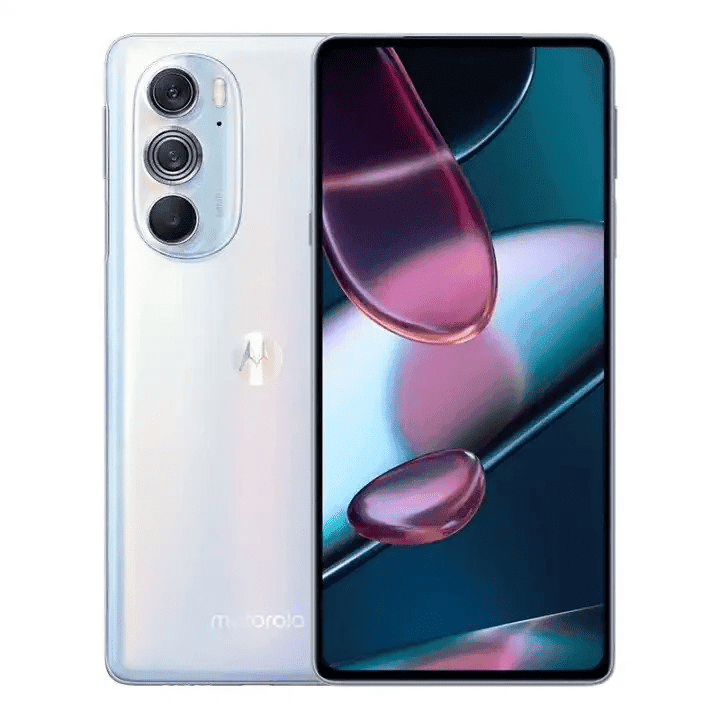 In terms of optics, the Edge 30 Pro has a triple rear camera setup and a LED flash. The primary shooter is a 50 MP camera with optical image stabilization. The secondary snapper is a 50 MP ultrawide angle lens, finally, we have a 2 MP depth lens.

Other features include a USB Type-C port and a side-mounted fingerprint scanner. The device comes in Black and Pearl White colorways.