A few years ago, we imagined how a world of people talking with watches would be. Well, nowadays, there are dozens of smartwatches that support voice commands. You’re even able to send audio messages through the wearable without looking like a crazy guy. Now, it’s time to move on to the next big thing. Soon, WhatsApp users will be able to dictate messages through smart glasses. Well, smart glasses are still concept devices and didn’t really make their way into the mainstream trend. However, that may change in the future and Ray-Ban and WhatsApp are fighting for this.

According to a new APK teardown of the WhatsApp app, the feature might be coming soon. However, the feature seems to be tied with Facebook Assistant and will be locked to Ray-Ban Storie’s smart glasses. The new evidence was spotted in the latest WhatsApp beta 2.22.9.13 by the folks at XDA-Developers. The users have found strings of data that suggest a feature is being developed on allowing the users to dictate messages through Facebook Assistant on the specific wearable. Worth noting that the evidence points out “Assistant”. But honestly, it’s more likely to be Facebook Assistant rather than Google’s alternative.

WhatsApp users will be improved on Ray-Ban Stories

As per the report, the new feature will allow Ray-Ban Storie’s owners to dictate messages into the device’s microphone. It will allow you to send commands to Facebook Assistant. The smart assistant will directly send a message to a friend on WhatsApp. As a result, users can send messages while they’re on the go. For example, you can send/dictate a message while you’re walking on the street or even while you’re driving. The teardown also found graphics with the smart glasses and the WhatsApp logo. We expect the company to disclose further details about this very soon.

This is a feature that may bring more usability for Ray-Ban Stories. The device isn’t really the ground-breaking representative of the smart glass category. However, it’s a starting point for more companies to finally enter this segment. Also, it clearly shows that Meta is trying to implement more exclusive features for its services. Users won’t be able to use this unless they have this specific product and also use Facebook services. 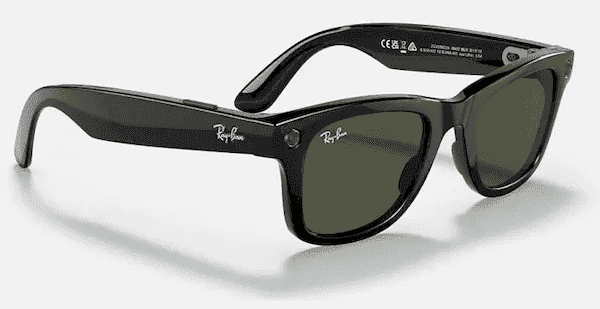 For now, it’s just an APK Teardown. We’ll have to wait and see if that feature will actually see the light of the day and how long it will take. Recently, WhatsApp announced a bunch of new features coming such as the “Communities”. However, not every government is enjoying these changes.
Source/VIA :
AndroidPolice