Motorola India has confirmed the Moto G52 smartphone’s launch date in India in a new teaser video that showcases the handset’s design. Motorola is prepping to bring a new smartphone to India under its G-series. Now, the Lenovo-owned company has hinted at an imminent launch of the Moto G52. The phone went official in Europe earlier this year. To recall, industry sources previously claimed that the Moto G-series handset will debut in the Indian market soon. Now, the company has finally announced the Moto G52 smartphone’s India launch date.

Prepare yourself for a whole new level of excitement. Gear up to #GoWow! Drop an emoji and tell us how thrilled you are! Launching on 25th April on @Flipkart pic.twitter.com/zX68noEHvl

The Moto G52 will launch in India on April 25. Moreover, the handset will be available via Flipkart. Also, the handset will cost less than INR 20,000 in the country. The phone sells for EUR 249 (about INR 20,500) in Europe. It comes with a Snapdragon chipset under the hood and sports an eye-catching polycarbonate back. In March, this year, the Moto G52 smartphone’s key specifications surfaced online. Aside from this, the handset is already available in the market, and its specs aren’t a mystery. Let’s take a look at the specs ahead of the Moto G52 phone’s India launch on April 25.

Taking to its Twitter account on Monday, April 18. Motorola divulged vital details about the new handset’s launch and availability via a teaser video. According to the teaser video, the phone will be available in two color options that include White and Black. Furthermore, it will be available in two storage options. The base model will ship with 4GB of RAM, while the higher-end variant will come with 6GB of RAM. The company has not been releasing multiple storage options for devices under INR 20,000 lately. It will be interesting to see whether Motorola decides to break from the tradition with the Moto G52. 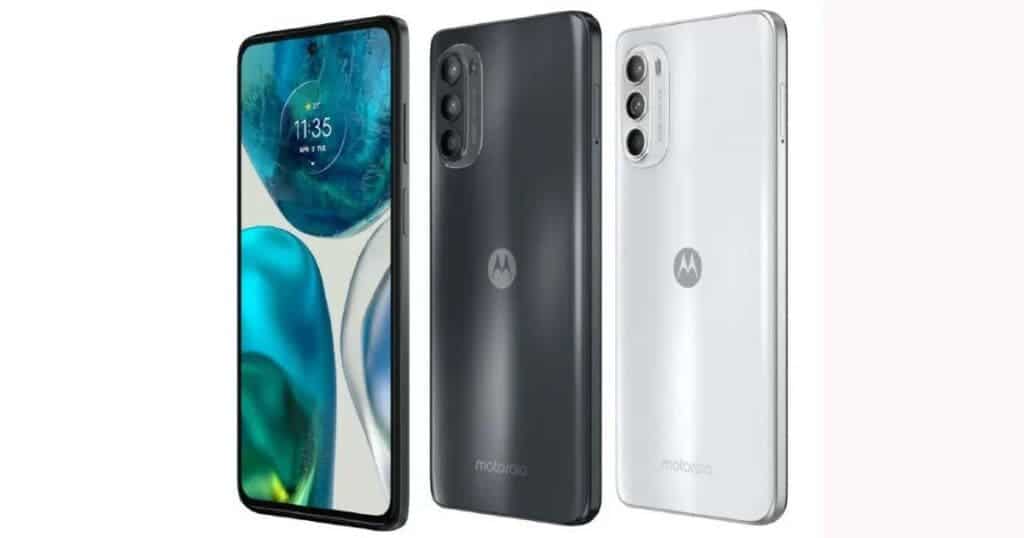 However, it is currently unclear whether the company will launch the handset in more than the two storage options in the country. Aside from this, the phone sports a 6.6-inch OLED display with Full HD+ resolution, and a 90Hz refresh rate. There’s a hole-punch cutout at the top center of the screen to accommodate the selfie camera. Furthermore, it supports Dolby Atmos and has a dual speaker setup for a superior multimedia experience. There is a Qualcomm Snapdragon 680 SoC powering up the handset. The European model comes with a 6GB RAM+256GB storage option, as per a report by MySmartPrice.

Moreover, the phone uses a 5000 mAh battery unit to draw its juices. This cell supports 30W fast charging out of the box. Also, it runs Android 12 OS out of the box with MyUX on top. For optics, the handset features a triple rear camera setup. This rear-mounted camera module includes a 50MP main camera, an 8MP ultrawide camera, and a 2MP depth camera. For selfies, the phone houses a 16MP shooter. This front-mounted camera also comes in handy for video calling.