Samsung unveiled the Galaxy A53 in March and left a big question in our minds. Rather than exposing the hardware of its device, the company decided to go the Apple route by hiding certain aspects of the hardware. Apparently, it just gave the information that overall users need leaving the technical details under the wraps. Anyway, many have been speculating that the processor inside the Galaxy A53 was an undisclosed Exynos 1280 SoC. Now, after a month, Samsung has officially unveiled the Exynos 1280 SoC for the mid-range segment. It’s already present in some smartphones including the Galaxy A53, Galaxy M33, and the Galaxy A33.

The new Exynos 1280 SoC users Samsung’s 5 nm EUV manufacturing process. It makes use of eight-core CPU architecture. It has two ARM Cortex-A78 cores for performance and six ARM Cortex-A55 cores for power efficiency. The chipset has an ARM Mali-G68 GPU and offers sub-6 GHz and mmWave 5G connectivity. The new System on Chip comes with a Fused Multiply-Add (FMA) that offers better efficiency and extra battery life. The device has a neural processing unit onboard. This NPU will boost the AI functions for cameras. For instance, it gives powers from scene segmentation, real-time motion analysis, and multi-object surveillance. 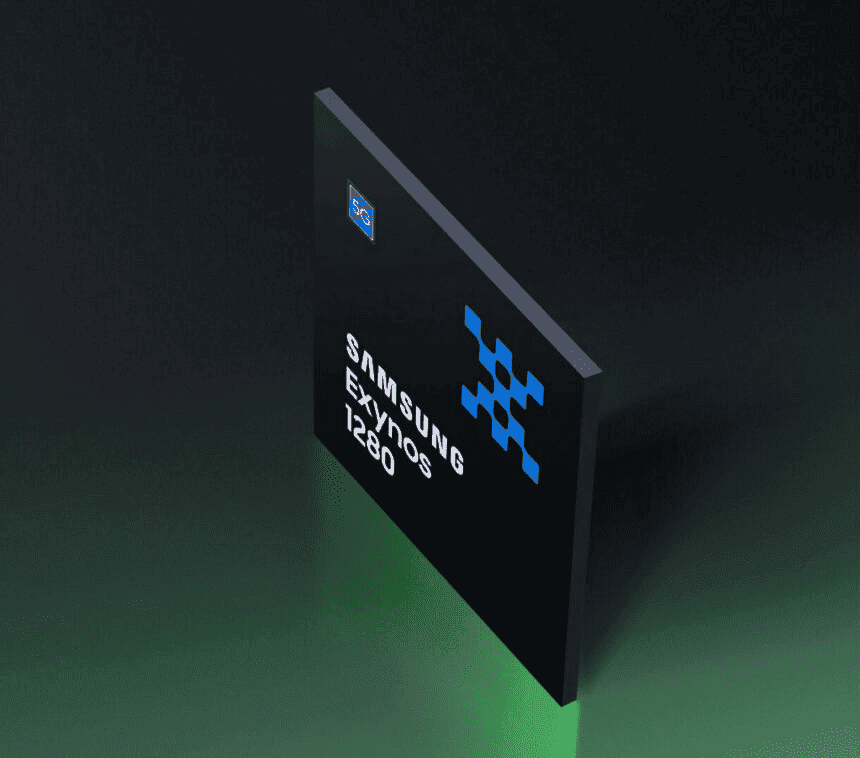 The Samsung Exynos 1280 can handle Full HD+ displays with a refresh rate of up to 120 Hz. Furthermore, there is an Image Signal Processor (ISP) that can easily handle a maximum resolution of 108 MP camera, and three additional sensors with up to 16 MP resolution. The company also introduces multi-frame image processing for clearer images with less noise. There is also Electronic Image Stabilization (EIS) as well as 4K video recording and playback at 30 frames per second.

On the connectivity front, the processor offers dual-band Wi-Fi 802.11ac. Unfortunately, there is no mention of Wi-Fi 6 or 6E standards. Anyway, it has Bluetooth 5.2 and Quad-Constellation multi-signal for L1 and L5 GNSS positioning. The processor will likely come in a bunch of other Galaxy A and M-series smartphones in the coming months.

Next Realme Narzo 50A Prime will launch on April 25