Canalys analysts are always on duty and regularly provide us with fresh reports on what is happening and the alignment of forces in the smartphone market. Not so long ago, they named the leaders in the global market, and today they offer to find out what success companies have achieved in India.

The first line of the ranking is occupied by Xiaomi with a share of 21%. In quantitative terms, the company managed to ship 8 million units. But this result is overshadowed by the fact that just a year ago the company’s market share in India was 28% and the fall was an impressive 24%. Those deliveries of the company’s devices sank by a quarter compared to the same period last year. 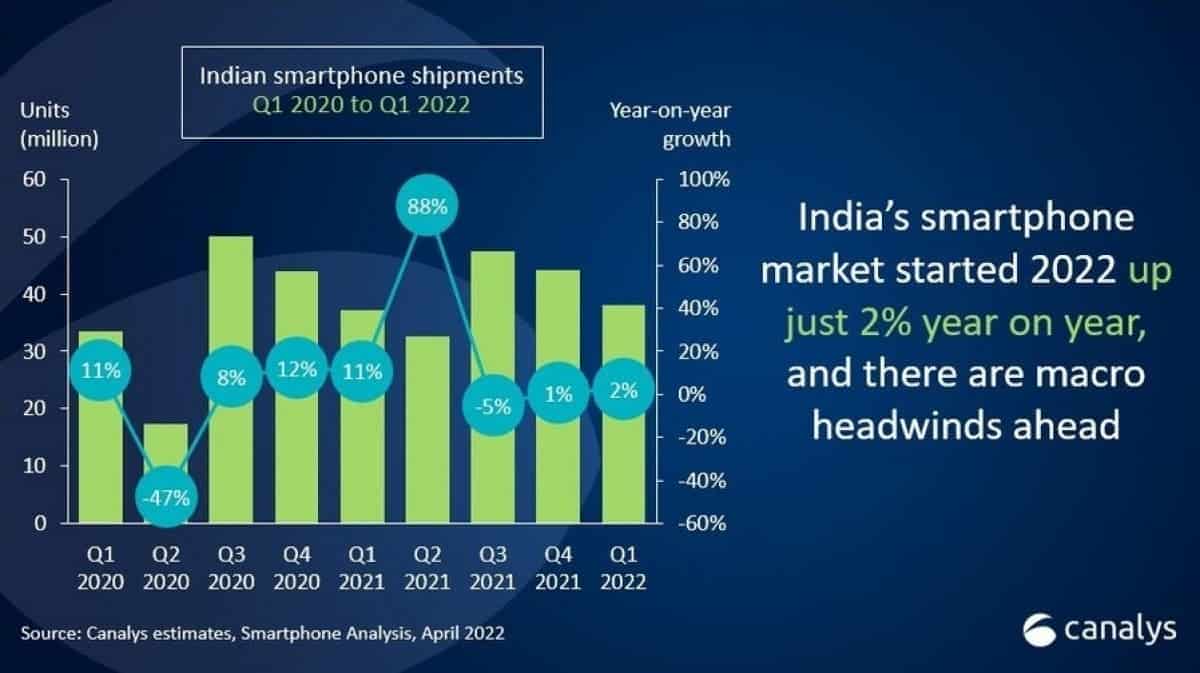 Second place goes to Samsung, whose share is estimated at 18%, while a year earlier this figure was 19%. It just lacked about 100 thousand smartphones to repeat last year’s result. The first quarter of 2022 was the most successful for Realme in its history. For the first time, the company took third place in the ranking of smartphone manufacturers, demonstrating a growth of 40% and its share of 16% against 12% a year earlier. And it is the only one of the top five who showed growth. For comparison, Realme shipped 43 million smartphones in the first quarter of last year, and 6 million in the first three months of this year. 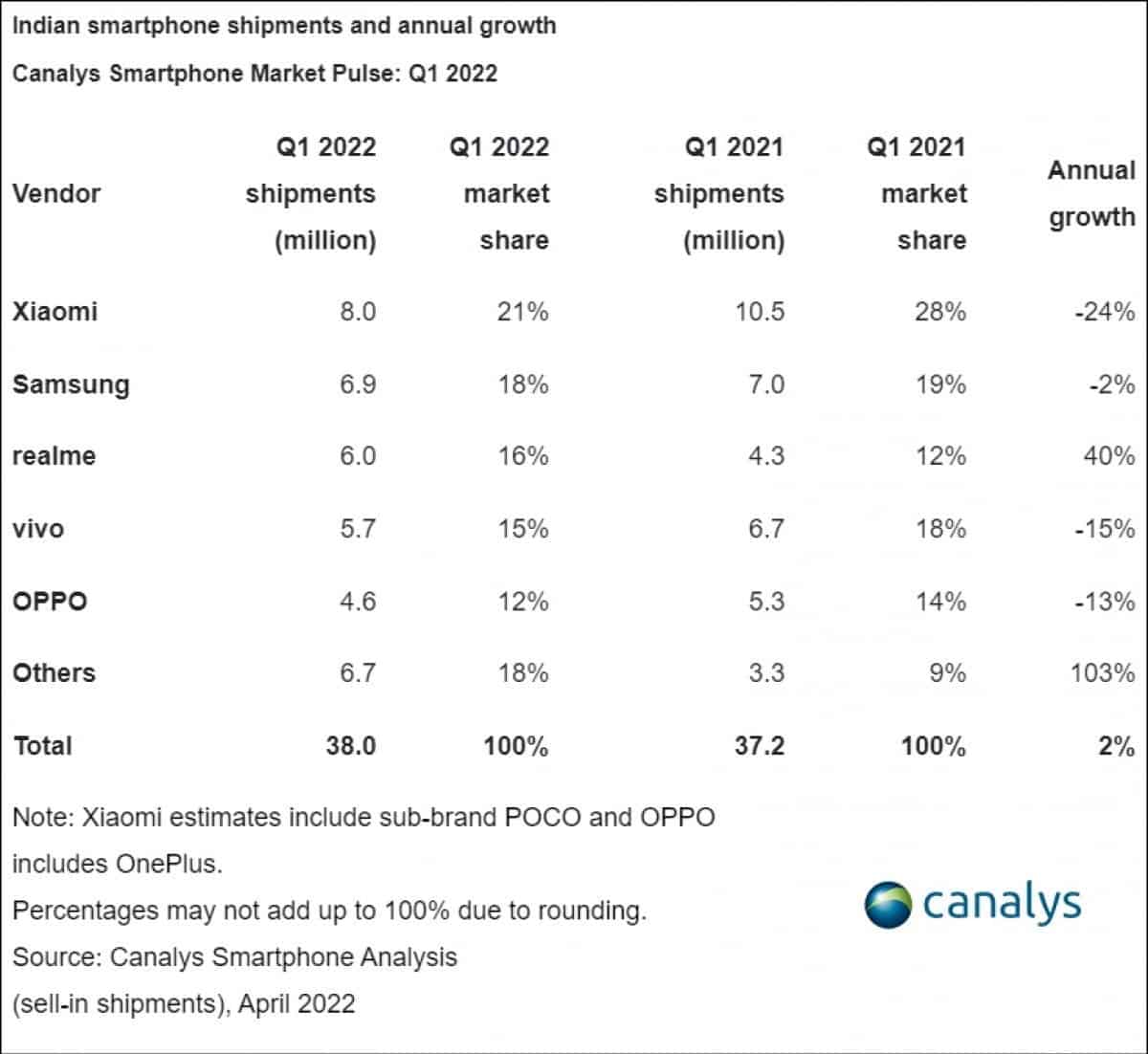 Fourth and fifth places were taken by Vivo and Oppo, which also failed to hold on to last year’s result. Despite the fact that Vivo’s share remained the same (15%), shipments of smartphones sank by 1 million. Oppo has a 4.6% market share or 4.6 million shipped mobile phones against 5.3 million a year earlier. If we talk about the market as a whole, it has grown a little. The increase was 2% and 38 million smartphones were delivered against 37.2 million a year earlier.

“This is not a great start to the year for a market like India, which has seen double-digit percentage growth; even during the pandemic,” said Canalys Analyst Sanyam Chaurasia. “While most of the world’s markets battled the third wave of COVID-19 in Q1; the relatively weaker impact on India should have helped it return to growth quickly. But supply remained the biggest challenge for the leading vendors, such as Xiaomi and vivo; and they struggled to secure components for their volume-driving low-end models. In contrast, brands such as realme, Tecno and Itel did remarkably well with solid supply to take on the market leaders and fulfill the low-end demand in Q1”.

Previous Android: Play Store apps will no longer be able to record your calls

Next Oppo K10 Pro appears on Geekbench, to pack the Snapdragon 888 SoC