Oppo spent a long time focusing on the Oppo K9 series with many releases. Earlier this year, the company unveiled the first Oppo K10 with 4G connectivity. However, that device wasn’t really the biggest star in the series. The brand is preparing a new duo of smartphones that will push this lineup forward. There is a vanilla Oppo K10 that will bring 5G connectivity with the excellent Dimensity 8000 SoC. However, there is also an Oppo K10 Pro 5G, and that one will sit on the cost-effective flagship with the Qualcomm Snapdragon 888 SoC. The vanilla appeared on Geekbench a few days back, now it’s time for the Oppo K10 Pro to show its muscles in the benchmarking platform. 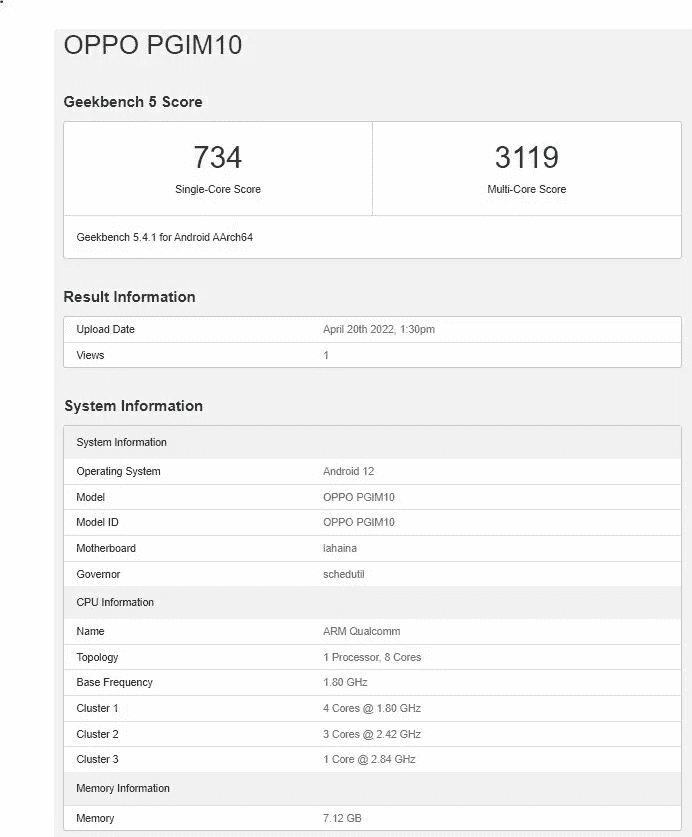 The Oppo K10 Pro has emerged in the popular benchmarking platform with the Qualcomm Snapdragon 888 SoC. Curiously, this processor and the Dimensity 8000 are almost similar in terms of performance. However, the Snapdragon 888 will have an advantage thanks to the extra ARM Cortex-X1 core. The phone appeared in the benchmarking platform with a chipset with the “Lahaina” codename of the Motherboard which confirms the chipset’s identity. The Octa-Core platform has an ARM Cortex-X1 core clocked at up to 2.84 GHz, 3 x ARM Cortex-A78 cores running at 2.42 GHz, and 4 x ARM Cortex-A55 cores clocked at up to 1.80 GHz. The phone ran Geekbench with 8 GB of RAM and Android 12 OS straight out of the box. The phone scored 734 in the Single-Core test and 3,119 in the Multi-Core department.

Previous leaks and rumors, the Oppo K10 Pro will come with a triple-camera setup. There is a 50 MP Sony IMX766 snapper leading the way with Optical Image Stabilization. The phone will also get an 8 MP ultrawide shooter and a 2 MP macro snapper. For selfies and video calls, the phone will bring a punch-hole cutout with a 16 MP shooter. The K10 Pro draws its powers from a 5,000 mAh battery with 80 W fast-charging support. The handset flaunts a 6.62-inch Full HD+ AMOLED screen with 2,400 x 1,080 pixels of resolution and a 120 Hz refresh rate. 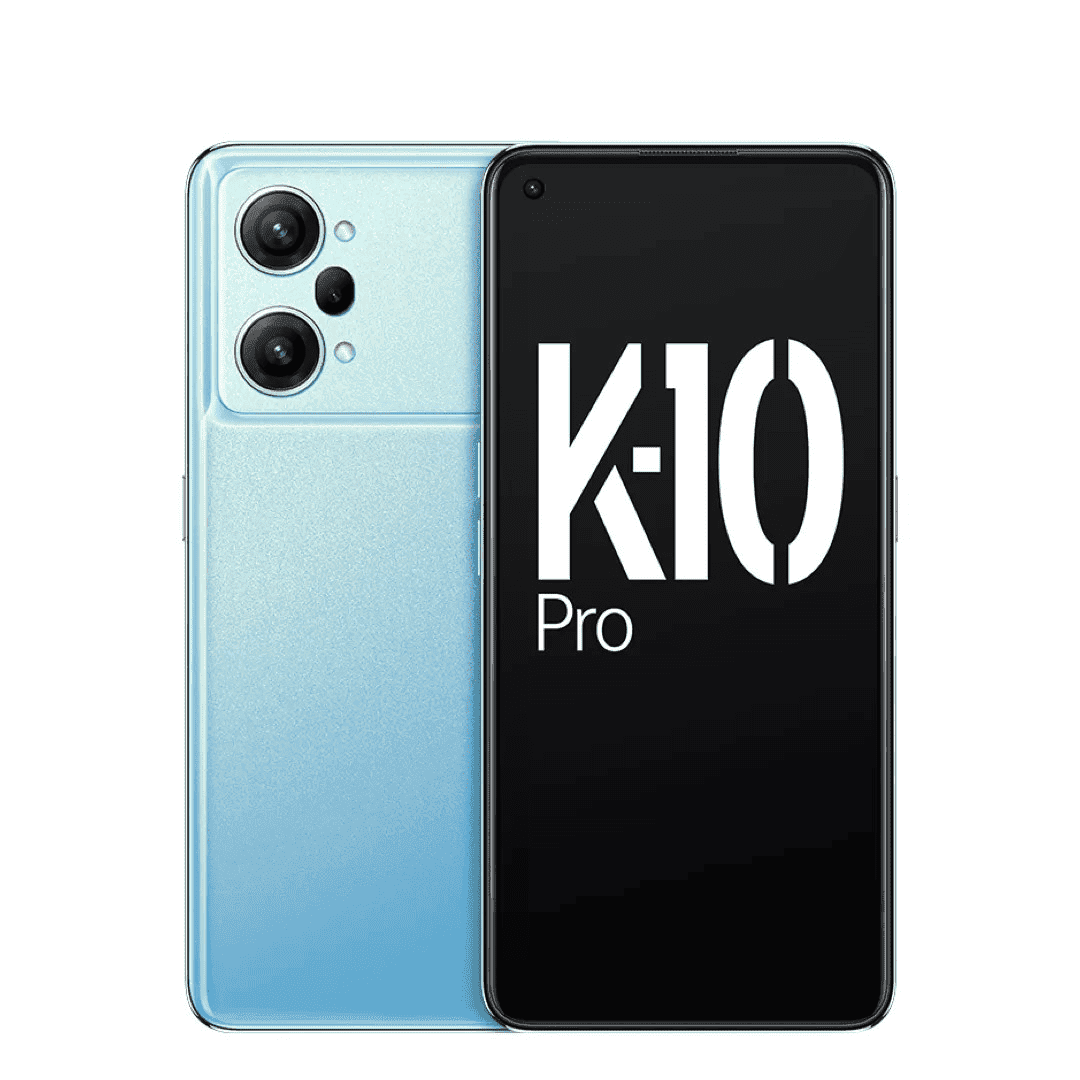 The vanilla K10 brings the MediaTek Dimensity 8000 SoC. The phone will be the first to come with this particular chipset. It’s a toned-down version of the Dimensity 8100 that is present in recently released smartphones such as the Redmi K50 and Realme GT Neo 3. It may also allow Oppo to price this device below the competitors.

Next Noise ColorFit Ultra Buzz to launch in India soon