A leakster @WholeMarsBlog released a chat record between Elon Musk and Microsoft founder Bill Gates. The leak claims that the chat revolves around a charity event spearheaded by Gates. However, Musk taunted Gates for being bearish on Tesla. Nevertheless, before we proceed further on the leaked chat, Elon Musk has since confirmed that the chat did happen. He also claims that he did not release the chat to New York Times (NYT). Musk further claims that NYT must have gotten it from a friend of his friend. This somewhat confirms that Musk did send the chat to a friend or perhaps friends. 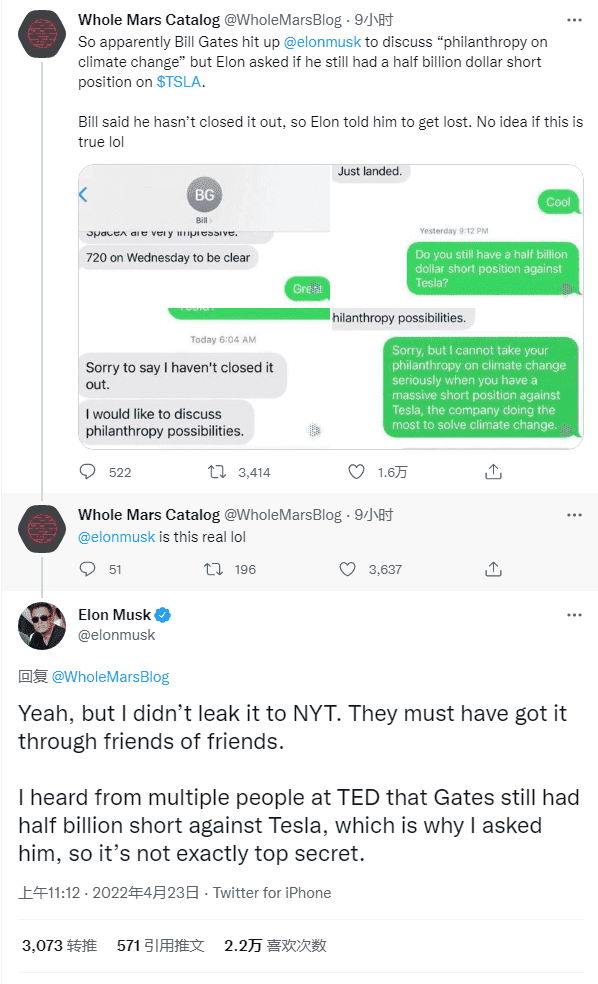 Musk explained that he first heard from several people at TED that Bill Gates had a $500 million short position in Tesla, so he consulted, which was not a secret. From the screenshots, the two billionaires first had a conversation about “climate change” philanthropy. However, Musk suddenly asked Gates if he still maintained a $500 million short position in Tesla. When Gates conceded the possibility, Musk bluntly rejected the Microsoft founder’s offer and taunted Gates with a “mother-and-boy” emoji.

As we all know, Musk is very protective of his shortcomings. The industry knows him for his protective speeches about his company’s position. Of course, many people know Elon as a “man of war”. Musk single-handedly waged an epic war against short-sellers when Tesla was just building its financial dominance in 2017-2018. Nevertheless, what happened afterwards showed that none of the Tesla shorts got good ends. Tesla’s market value has now hit more than one trillion US dollars.

Tesla’s CEO, Elon Musk, is known for being outspoken and if you want to know anything about Tesla, follow him closely on Twitter. This afternoon, Elon Musk said that the progress of Tesla China’s work is very amazing. The company believes that it will have a solid market in China and it is speeding up the progress of work. 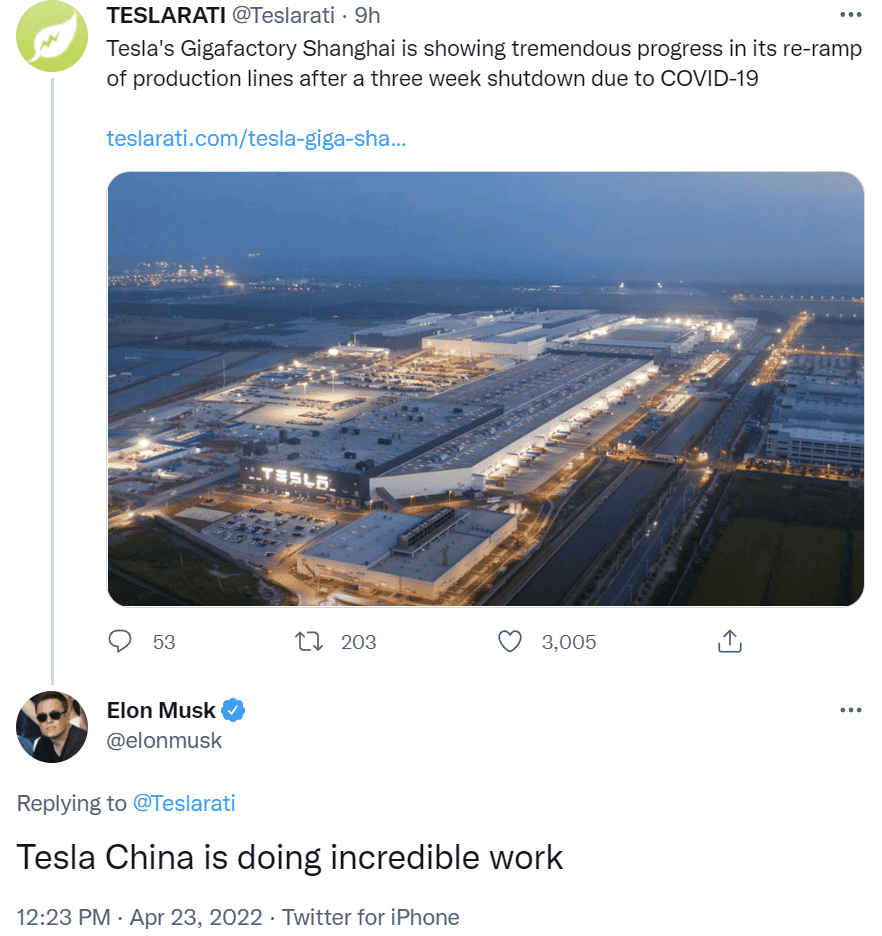 Next Galaxy Z Fold 4 battery capacity has been revealed