Huawei is trying its best to survive in the smartphone market. The manufacturer keeps afloat and even releases devices, trying to do everything possible; so that it is not forgotten until the clouds clear; and it manages to release its own chips or find some other way out of the situation.

Another attempt to loudly declare itself is the release of the foldable Huawei Mate Xs 2. It will be presented on April 25, and a few days before the announcement; the company is busy promoting the features of the device. So, recently, the company’s CEO Yu Chengdong said that Huawei; being a leader in the field of foldable smartphones, continues to improve its technologies and components.

The hinge mechanism in Huawei Mate Xs 2 will be very advanced. The company is implementing some kind of unique technology that will increase the strength and durability of the hinge. The top manager of the company is sure that Huawei Mate Xs 2 “will surpass all ideas about mobile smartphones with a flexible display”.

The upcoming Huawei Mate Xs 2 foldable smartphone has a surprise

It is expected that Huawei will again offer a solution where the flexible panel is ​​on the outside with the front camera embedded in it. They promised an LTPS screen with a refresh rate of 120 Hz. In addition to the technologies themselves; the company also intends to surprise with the price tag for the Huawei Mate Xs 2. It may be around $2500. 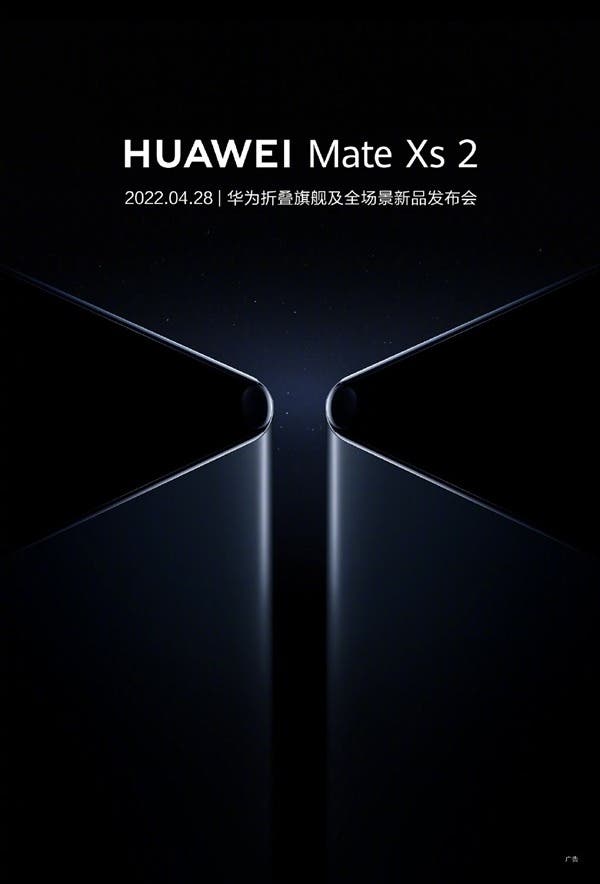 JD.com, the largest Chinese marketplace, has recently begun accepting pre-bids for the purchase of Huawei’s new flagship, the Mate Xs 2 flexible screen smartphone. The official premiere will not take place until April 28, when the price will be announced, so applications are now accepted blindly. However, no deposit is required.

Read Also:  Huawei Mate Xs 2 Set To Launch In Malaysia On May 19

There are very few technical details about the Mate Xs 2 so far. Huawei Consumer Business CEO Yu Chengdong described the smartphone as “a model that will surpass all expectations of flexible screen smartphones”. One local insider indicated that the smartphone will receive a 4880mAh battery with support for 66W fast charging, while another noted that the Mate Xs 2 will fold out. That is, it will receive a kind of encircling screen.

Huawei has been focusing on expanding its product line as the brand is facing heavy sanctions from the United States and is unable to produce modern smartphones. Last month, Huawei Smart Door Lock and Smart Door Lock Pro were announced in China. Later, the company began accepting pre-orders for both devices. The Huawei smart door lock costs $392, while the Pro model is offered for $580. They will go on sale from April 28 in the Chinese market. Both door locks run HarmonyOS, making them the world’s first smart locks to run HarmonyOS.

Next Google revealed the first details about Android 14