Social media giant, Twitter announced today that the “CC” button is in development. When watching a video on Twitter, the “CC” button gives users the option to turn captions on or off. The feature is currently being tested for some iOS users, with an Android version coming soon. The “CC” button will be displayed in the upper right corner of the video. This button only appears on videos with active subtitles. 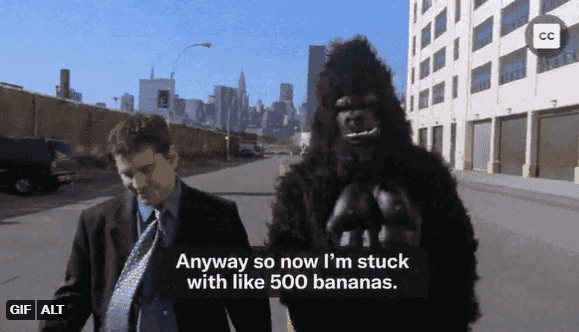 Elon Musk calls for an Edit Button on Twitter

Elon Musk, Tesla’s CEO, is easily one of the most influential CEOs in the world. His influence even grew stronger after he became the largest shareholder of Twitter. In his first move as Twitter’s largest shareholder, Elon Musk posted a poll on Twitter last night. The poll is calling for users to vote whether or not they want an edit button on Twitter. In less than 12 hours, the post already has over 2.5 million votes. Furthermore, presently, 73.5% of the voters want an edit button while 26.5% do not. 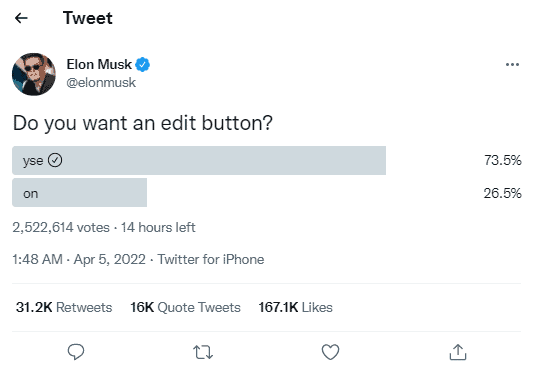 The survey is not representative and nothing directly follows from it. However, Elon Musk’s new status automatically provides him with better hearing with the Twitter management. Until now, the company has remained indifferent to the long-standing requirements of users to be able to edit already written and published posts. Meanwhile, Musk kept to himself about his plans with Twitter.

The fact that he reported his acquired stake in the company to the US Securities and Exchange Commission (SEC) on Form 13G, according to DPA, means that he is not seeking an active influence on its business policy or a seat on the supervisory board. In that case, he would have to fill out a 13D form. Shares of Twitter still gained more than 27 percent at the end of Monday’s trading after the announcement. However, top Twitter executives are already making a decent push by the poll.