The Nokia G21 Indian variant’s key specifications have popped up on the internet ahead of the handset’s imminent launch in the country. This year, Nokia is prepping to unveil its smartphones for the Indian market. The Finnish consumer electronics company will launch a new phone dubbed the Nokia G21 today, April 26 in the country. Now, before the phone goes official, noted leaker Mukul Sharma has confirmed the key specs of the Nokia G21 Indian variant to Pricebaba. 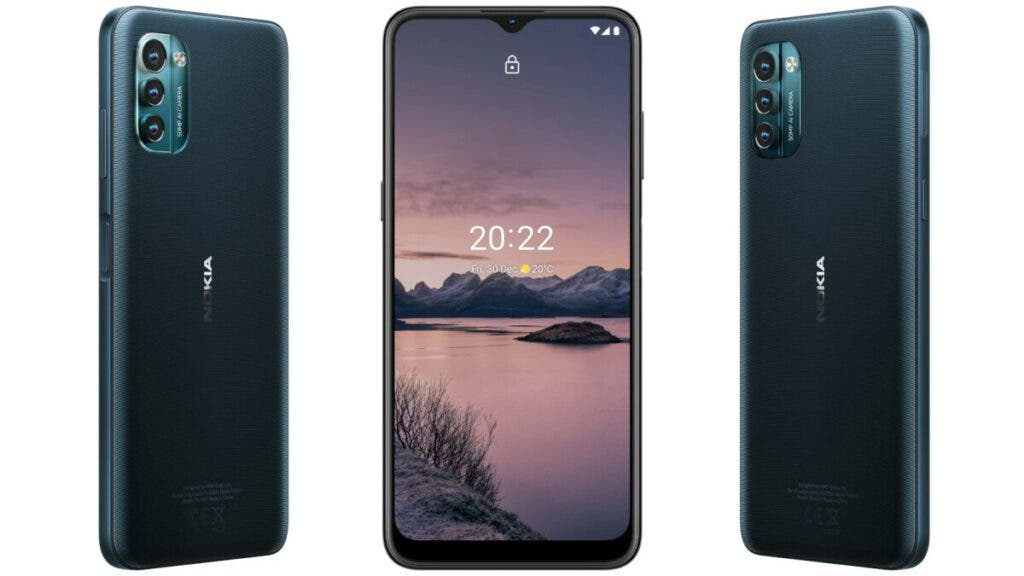 Furthermore, the report suggests that Nokia is prepping to launch another handset in the country, along with the G21. Nokia will reportedly launch the much-awaited Nokia G10 successor dubbed the Nokia G11 today, along with the G21. Earlier this year, real images of the Nokia G21, and the G11 were spotted online, giving us a glimpse into the upcoming devices’ design. The company will be divulging the handset’s specs, features, price, and other details at the launch event. However, before the phone’s arrival in India, its specifications surfaced online. To recall, the Nokia G21 was first launched in Europe.

Now, the leaked specs suggest that the Indian variant will be similar to the model launched in Europe. Notably, the Nokia G21 sells for EUR 170 (about INR 13,999) in Europe. Moreover, it is available in two storage configurations in the country. You can also choose between Dusk and Nordic Blue color options. The Nokia G20 retailed for INR 12,999 in India, and the starting price of the Nokia G21 in India could be around INR 13,000. However, Nokia will be revealing the Nokia G21 smartphone’s actual price in India at today’s launch event. The G21 will come with a 6.5-inch IPS LCD panel. 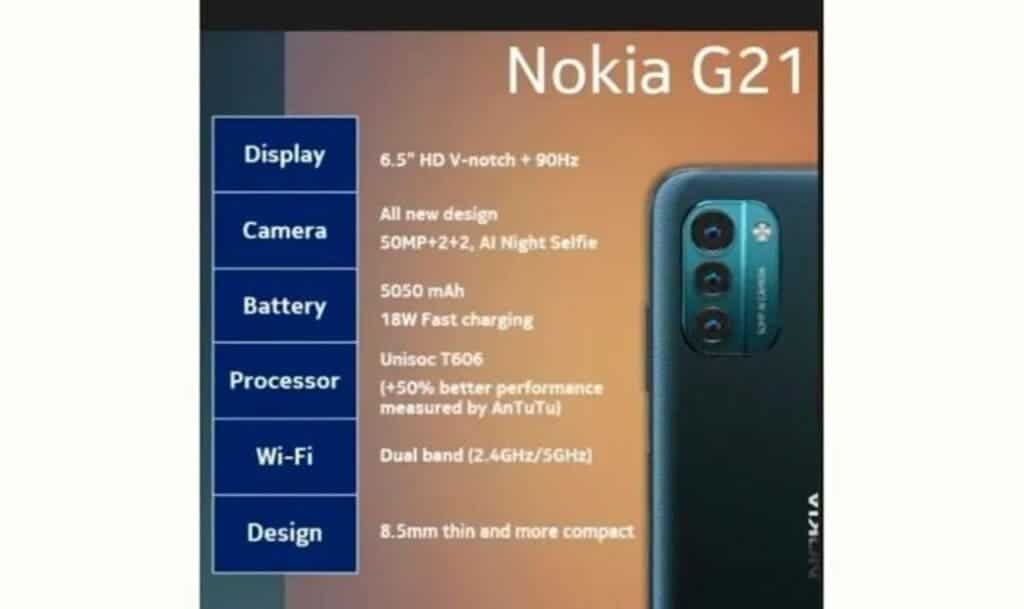 The phone’s display will deliver HD+ (1600×720 pixels) resolution and a 90Hz refresh rate. Moreover, it features a V-shaped notch for the phone’s selfie camera. Under the hood, it packs an Unisoc T606 chipset, which will be paired with up to 6GB of RAM. Also, the phone will ship with 128GB of onboard storage capacity. You will be able to choose from two storage options including 4GB RAM+64GB storage, and 6GB RAM+128GB storage in India. A robust 5,050mAh battery will be powering up the entire system. Also, this cell will support 18W fast charging.

In the photography department, the Nokia G21 houses a 50MP main camera on the back. Aside from this, the phone features a couple of 2MP rear-mounted cameras and a LED flash. Upfront, it has an 8MP shooter for capturing selfies and video calling. Furthermore, the phone will run stock Android 11 OS out-of-the-box. The side edge will feature a fingerprint sensor for security. In terms of connectivity, the G21 provides multiple options such as A-GPS, Galileo, Beidou, GLONASS, GPS, Bluetooth 5.0, 4G, and dual-band Wi-Fi. Lastly, it comes with a 3.5mm headphone jack, and a USB Type-C port.

Next Tecno Phantom X India Launch Could Be Around The Corner