Earlier today, Google released the first Android 13 Beta version for supported Pixel devices. According to information provided by Mishaal Rahman via Twitter, documents found in the first Android  13 build suggest that the Pixel 6 Pro may get an audio feature similar to Apple’s “Spatial Sound”. Adjusted through software, this feature adds more dimension to the audio heard through headphones.

Rahman claims that Android 13 Beta 1 has added a sound field positioning sound, although it is not fully enabled. A shared library for this feature was found in the “soundfx” folder, suggesting that such a feature could come to the Pixel 6 Pro when the official version of Android 13 starts rolling out later this year.

As of now, we can not tell whether the feature will support the Pixel 6, or even older Pixel devices. Furthermore, we can not tell whether current or future Pixel Buds models will support spatial audio effects. If the feature comes true, it will help Google better compete with Apple in high-end audio equipment. Such a move should also prompt Google to consider releasing a competitor to the AirPods Max.

Google announced today that the first public beta version of Android 13 is now available. Google will hold its annual developer conference next month. At the event, the company will fully detail the Android 13 update. However, the official version of this new system will be official later this year.

The main new features in the Android 13 Beta 1 public beta are features that have previously appeared in the first two developer previews of Android 13. This includes its support for Bluetooth Low Energy (LE) audio, and a new photo picker. Furthermore, users of this system can also limit which photos apps can access. There is also a new app icon theme option as well as a new permission to reduce notification spam. 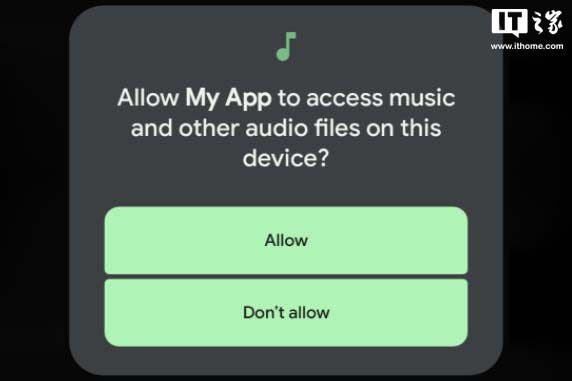 In contrast, the new public beta adds new features specifically for developers. We have changes like in-app permissions to access shared media files in local storage. Dave Burke, Google’s vice president of engineering, said in a blog post that permissions will now be specific to the type of media an app needs to access – images, video or audio, rather than simply asking for permission to access all files.