How deep would you go to save your smartphone? Smartphones certainly have evolved in the last years. If in the beginning they’ve been used for quick messages and calls, nowadays we carry portable computers wherever we go. Nowadays, for some users, the smartphone can be considered an extension of life. They wake up and check their smartphone, pass countless hours navigating on the web and through social media and etc. Apart from non-essential usage, smartphones also can carry and support vital information nowadays. We can carry important apps with ID, bank accounts, and even precious data. Sometimes, it’s just because they’ve become crazily expensive. Anyway, How deep would you go to save your smartphone from imminent death? Well, a woman has gone through the deeps of a toilet tank in a bid to save her smartphone.

The Fire department in Washington was notified. They’ve received an emergency call to help a woman who fell into a vault toilet while trying to retrieve the dropped smartphone. The Brinnon Fire Department, to be more specific, said crews responded to the vault toilet near a Mount Walker parking lot. A woman was reportedly trapped in the commode’s tank. Through a Facebook post, the department said that the woman, who is close to her 40s, left his phone slip. The device fall into the toilet, in a bid to rescue its device, the woman fell deeper while trying to retrieve it. After a few minutes of failed attempts, she found she was unable to get out on her own. She was still able to get the device and promptly called 911. 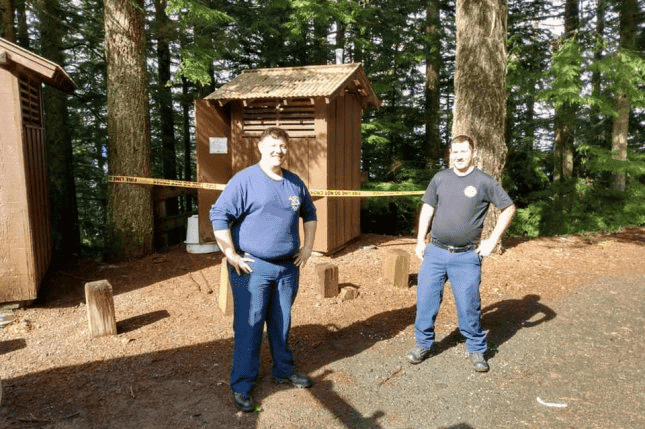 The Firefighters had to compose a smart plan to recover the woman and his, probably stinking smartphone. They send a couple of pieces of wood to the woman, thus allowing her to build a platform to stand on. As a result, the rescuers were able to reach her and pull her to safety. The dirty situation was solved with a good wash at the scene. The woman received replacement clothes. As per the Firefighters, she was not injured. However, they’ve recommended she seek medical attention. After all, she went into contact with human waste.

Anyway, after this very embarrassing situation, the woman “only wanted to leave”. Despite the recommendation, the Firefighters allowed the woman to keep her travels. After giving good thanks to the Firefighters, the woman went on a journey to California. She will certainly have a funny story to tell future generations.

Previous Moto G82 5G certified on TENAA: It's a mid-range smartphone with 16 GB of RAM