Xiaomi has a habit of creating simplified versions of flagships, so it is not surprising that they intend to develop this direction further. Formally, Xiaomi 12 Lite should be the most affordable offering of the 12-series; but without progress in terms of performance compared to Xiaomi Mi 11 Lite 5G NE.

But today we are not talking about hardware, but about the appearance of the smartphone. Previously, it was assumed that in terms of exterior Xiaomi 12 Lite will inherit the features of the 12-series devices, but live shots of the model show the opposite. No, there will be no cardinal external transformations, only the performance of the main camera will be slightly corrected. The rear camera block is very similar to the one implemented in Redmi Note 11.

As for the front panel of Xiaomi 12 Lite, there were expectedly no surprises. The choice fell on a flat panel with a selfie camera, which is present in the center of the top of the display. The edges of the smartphone are close to being called flat.

At the moment, there is information that Xiaomi 12 Lite will offer a 6.55-inch AMOLED screen with a refresh rate of 120Hz, a Snapdragon 778G platform, a triple camera with a 108-megapixel main sensor with an optical stub, and 67-watt fast charging. 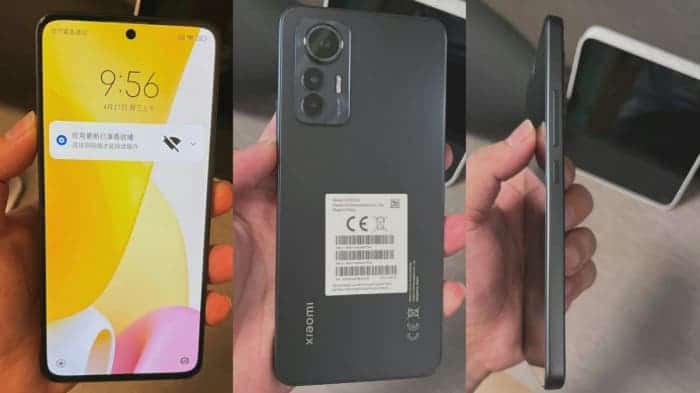 The Chinese company Xiaomi, whose main activity is the development and production of smartphones, electronics and home appliances, has published financial results for 2021. During the reporting period, the company’s adjusted profit increased to $3.46 billion; which indicates an increase of 69.5% compared to the figure for 2020.

Adjusted profit for the fourth quarter of 2021 reached $702 million, up 40% from the same three-month period in 2020. Quarterly earnings came in above analysts’ expectations of $660 million.

According to the report, Xiaomi’s sales in the fourth quarter of 2021 increased by 21% to $13.5 billion. Annual revenue increased by 33.5% to $51.65 billion. Along with the announcement of financial results, Xiaomi announced a buyback of shares in the amount of at $1.3 billion.

Citigroup analysts Andre Lin and Arthur Lai noted that Xiaomi continues to be the world’s third largest supplier of smartphones. The company held its ground despite the long supply disruptions and price fluctuations that Xiaomi experienced in the second half of last year. The aggravation of the conflict between Russia and Ukraine will add problems to the company’s foreign business, analysts say. However, they are confident that the consequences of the current geopolitical situation will be “manageable” for Xiaomi.

Next Android 13 Public Beta 1 released: what's new and for which smartphones

The presentation of the Xiaomi 12 Lite is not far off