Yesterday, Google released the first public beta version of Android 13. Previously, Android 13 was available in Developer Preview 1 and 2 for developers. There are now four user betas to look forward to, one each month until the stable build of Android 13 is released in August or September. The announcement of the thirteenth iteration of the green robot will be arranged at the Google I / O conference, which will be held May 11-12.

Android 13 has put a lot of focus on privacy and security, with a new notification permission, an updated photo picker, themed app icons, improved localization and language support, and a set of other features.

Android 13 Beta 1 also introduces a small number of new features, such as more granular media permissions. Until now, when an app needed to read shared media files in storage, its permission granted access to all types of media files. To improve user privacy and security, Android 13 introduced a new set of permissions that request access to a specific type of file:

Android 13 Public Beta 1 released: what’s new and for which smartphones 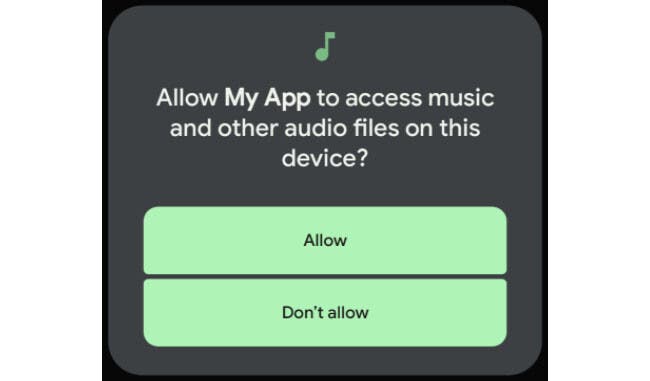 The goal is to make sure that the app has the permission it needs to function properly and perform its intended task; while not giving it too many permissions. This is an attempt to limit access to personal data, to make it more targeted and for specific tasks.

Among other innovations, we note new Android 13 color combinations, a redesigned appearance of the mini-player in the notification center, and control of smart home devices without unlocking the smartphone.

Despite the fact that Android remains the dominant mobile OS, its popularity, although slowly, is declining. In less than 4 years, the Google platform has lost 8% in the global mobile device market; while Apple iOS, on the contrary, has added 6 percentage points to its market share. These are the results of a study conducted by StockApps.

One can only speculate about the reasons for such dynamics; but it is possible that they are related to Apple’s attempts to expand its product line; reaching a wider audience with such offers as the iPhone SE and entry-level iPad. Although this is obviously not enough to defeat Android.

Previous Xiaomi 12 Lite for the first time on live photos