4.1 8.1
The Poco X4 Pro 5G comes as a nice upgrade over its predecessor in terms of features and design. Xiaomi suggests it’s a premium gaming smartphone, but I guess it’s not. It’s a VFM mid-range killer.
Battery
8.1
Quality
8.1
Performance
8.1
Camera
8.1

POCO has been very busy the past couple of years, announcing smartphones both for the masses and for the “few‘‘. The Chinese company unveiled the Poco X4 Pro 5G during this year’s Mobile World Congress in Barcelona, dubbing it as the ‘industry standard’ for the mid-range price point. Nice name don’t you agree? To be honest the device packs a lot of juice inside, such as a 6.67in 120Hz AMOLED display, 67W fast charging and more, all for a budget-friendly price of US $254. How well does it fare compared to the competition from (either Xiaomi) or other brands such as OnePlus, Vivo, Oppo, Realme? Let’s have a look in our Poco X4 Pro 5G review… (sent to us by Hekka.com). 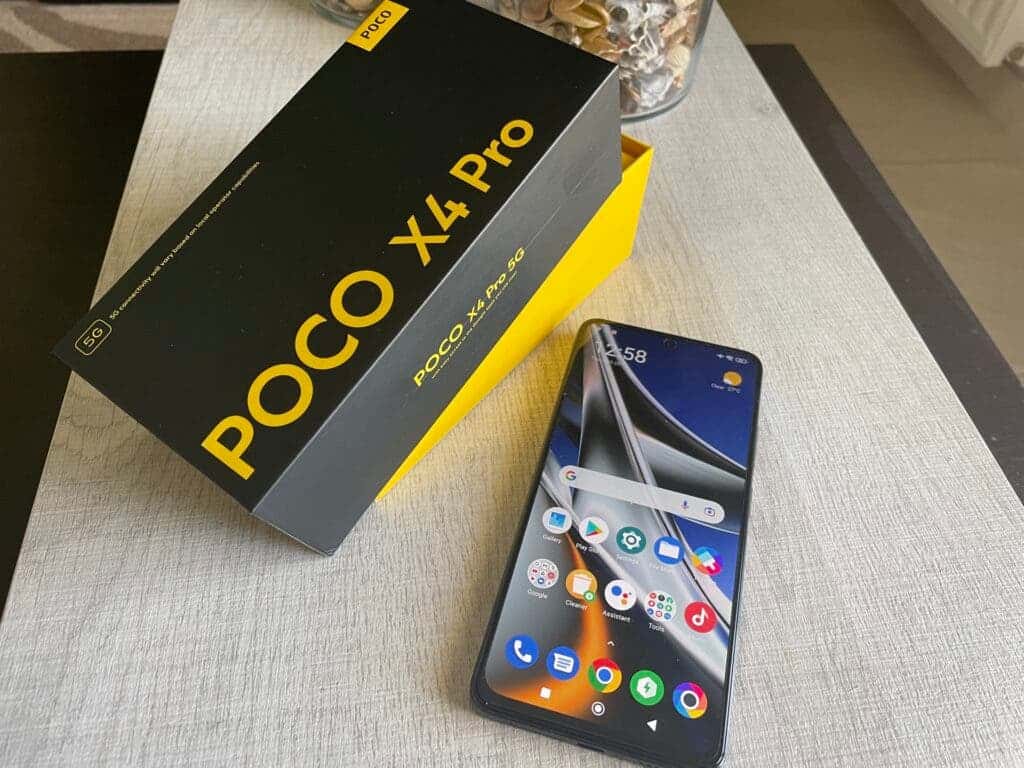 I must admit, that this surely doesn’t look like a mid-range smartphone. I’d call it a semi-flagship looking device. It packs a premium design with relatively slim bezels and flat edges, a mirror like effect at the back side, while remaining thin at just 8.1mm and weighs 205 gr. A lot ex Poco owners describe it as a huge refresh of the notorious POCO X3 Pro and I tend to agree. The 2021 smartphone was much bulky, heavier and had a huge POCO logo all over the place. Today, its successor is slimmer, neat, and powerful. 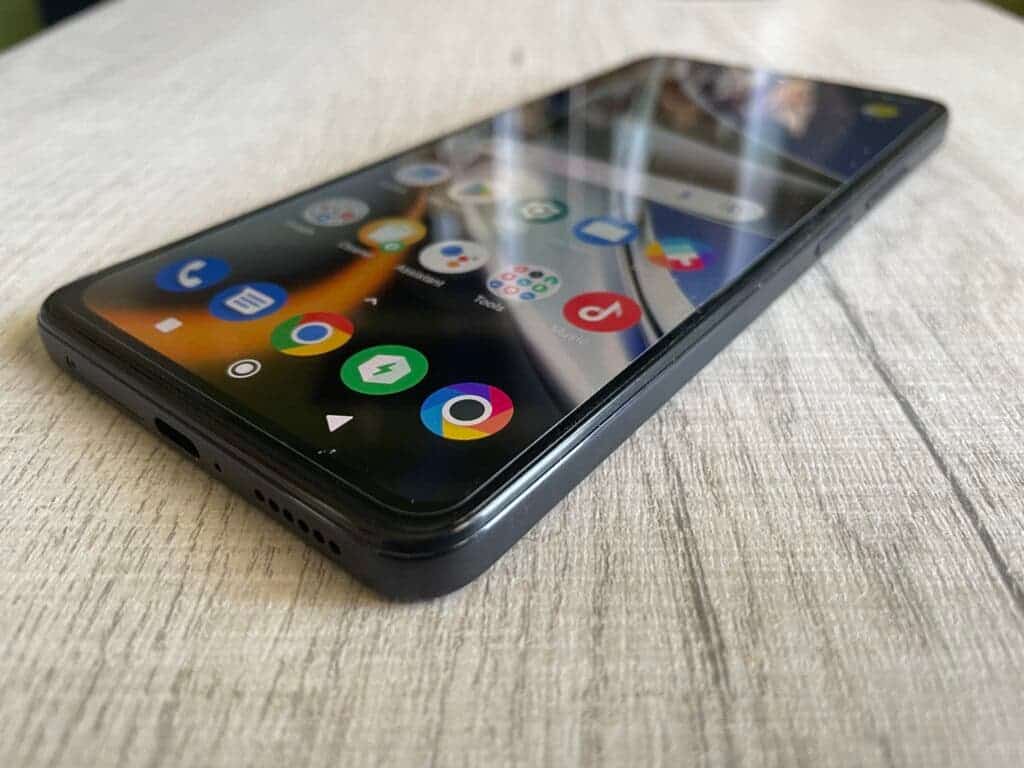 If you’re a camera addict, then the rear side of the device will be of your interest. It packs a 108Mp sensor housing, with a refractive pattern that catches the light and gives it a unique shimmer. In this area we can find the 108MP rear primary camera with Samsung HM2 sensor and f/1.9 aperture, an 8MP 118° ultra-wide-angle camera, along with a 2MP macro camera with f/2.4 aperture. 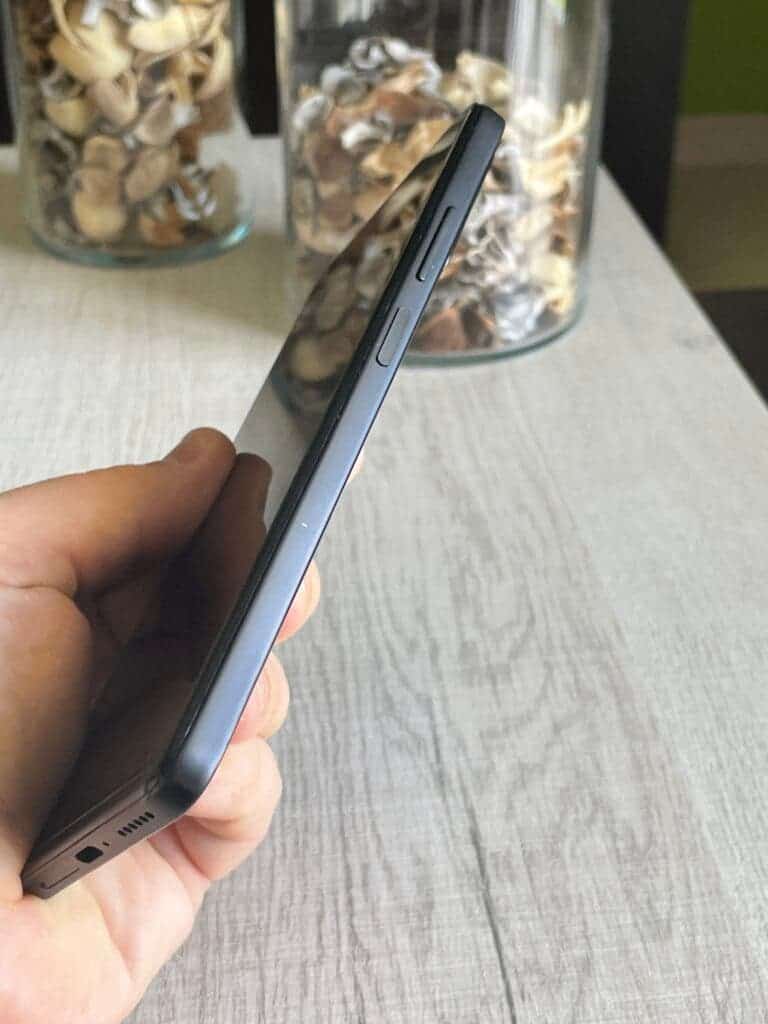 All in all, the POCO X4 Pro may appear as a quality looking smartphone, but in truth it’s made out of plastic and aluminium frame. This means that it may seem cheap when you hold it, but in fact it’s more durable (won’t shatter like glass when dropped) and lighter as well. While it won’t be for everyone, it’s not something I noticed much after my first day with the smartphone. 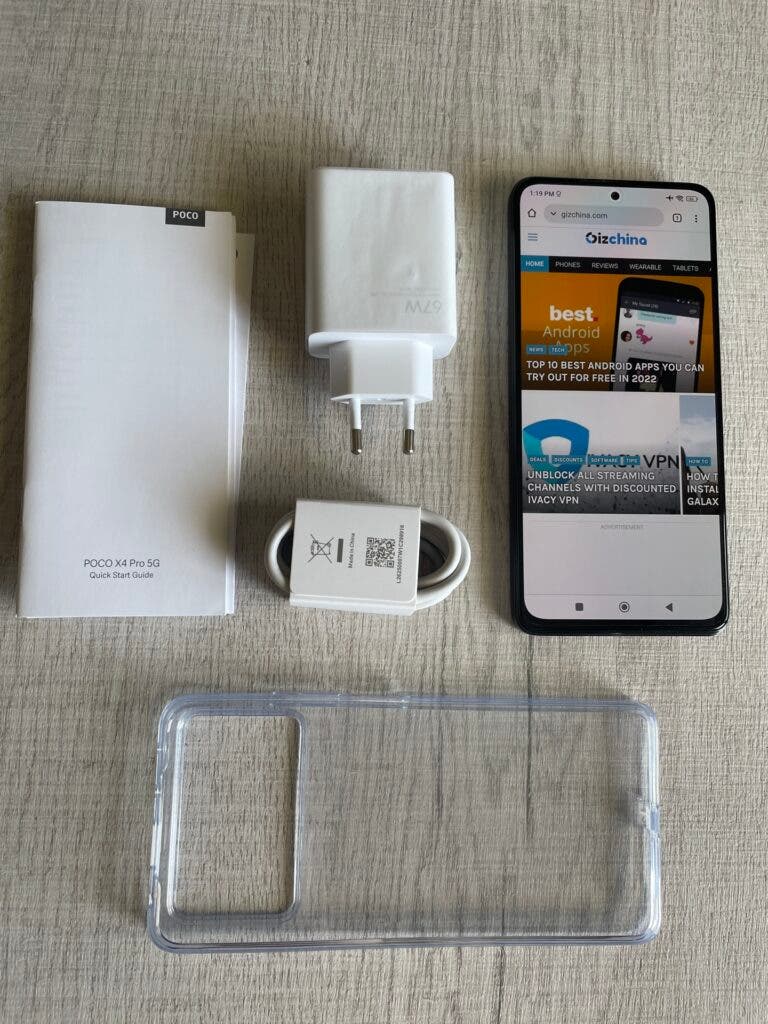 What else caught my eye? The decent IP53 certification, giving decent dust and water resistance, along with a 3.5mm audio jack on top and USB-C connectivity at the bottom. 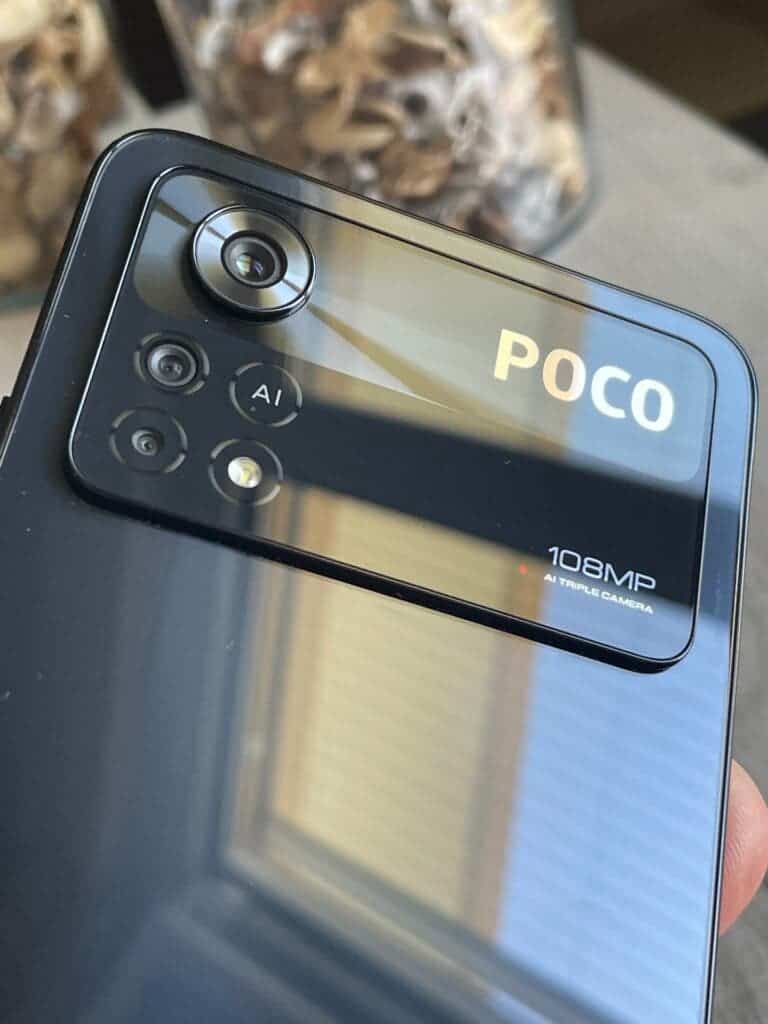 The display of the POCO X4 Pro 5G is – no doubt – one of the main selling points of the device. I wouldn’t call it mid-range – quite the contrary! It’s an AMOLED panel with a 120Hz refresh rate and a 360Hz touch sample rate, along with fairly high res at 1080 x 2400 pixels too. I was quite pleased with the DCI-P3 support and the true colors during day or night, thus making the default choice for those who wish to enjoy Netflix movies/series, TikTok videos or YouTube.

Watching videos at a 120Hz refresh rate is great for those who prefer this type of multimedia fun. There’s also HDR10+ support to further improve the movie-watching experience on offer, with a peak brightness of 1300nits when watching HDR content. I had no problems using the display under the Spring sun of Greece, but also during the night – the light sensor works miracles and lowers the ambiance almost instantly. 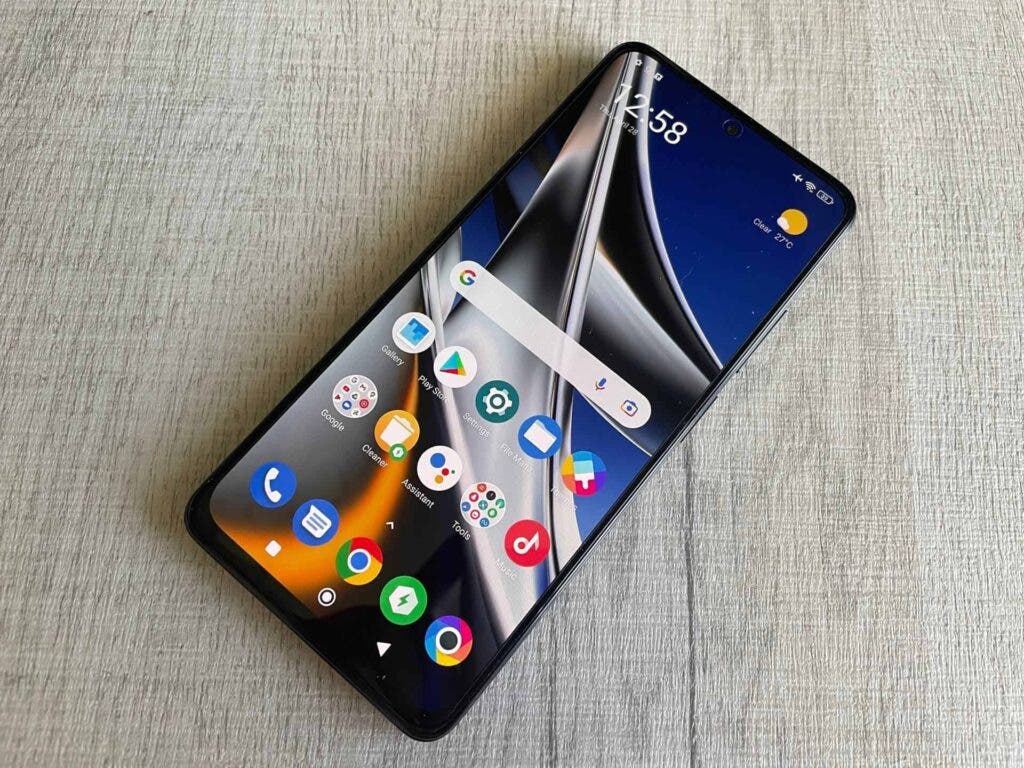 The hole punch camera placed at the top of the display is quite small – smaller than the competition with only 4mm diameter but I’m sure there will be some of you out there not fond of its placement. And that’s OK. 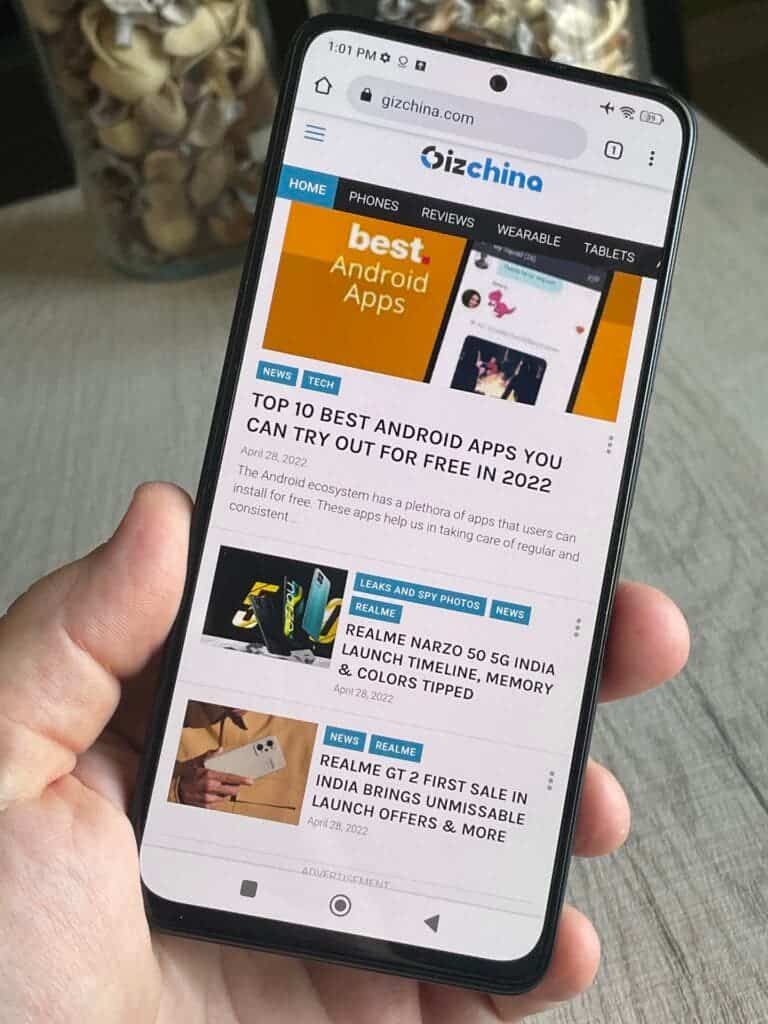 If I were to mention something negative about the whole display area of the device, then I would have to mention the bezels (top and bottom). They could be smaller, I guess.

I don’t know why but POCO mentions that their newest X4 Pro is a “gaming” smartphone – but I wouldn’t suggest it. It’s surely capable of excellent gaming in most cases, but there’s always some lagging in certain applications. Lagging isn’t something you’d like with a smartphone is it?

Inside the device there’s Qualcomm’s Snapdragon 695 5G chipset, coupled with 6GB of RAM and 128GB of storage or 8GB of RAM and 256GB of storage depending on the option you’ll choose. Oh, and if 128/256GB of storage isn’t quite enough for your needs, you can add up to 1TB of additional storage via microSD. That’s not exactly a gaming behemoth, just fairly impressive for a smartphone that costs €299. 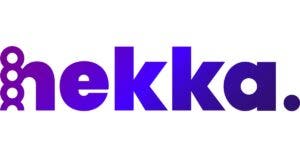 One thing you’re going to love however is Xiaomi’s Dynamic RAM Expansion technology that utilises storage as extra RAM, boosting the RAM up to 8GB and 11GB respectively when required – using storage space as extra RAM space.

To be honest I hate when companies resort to gimmicks such as Dynamic RAM expansion – to admit that they didn’t want to make the phone more expensive by adding real extra RAM. However, the Poco X4 Pro 5G DOES have great performance with responsive scrolling, quick app switching and relatively speedy image processing capabilities.

But when you kill it with heavy apps like Instagram, Facebook or when you open 50 Chrome tabs simultaneously, that’s when you truly know that it is a mid-ranger phone you have in your hands – not a flagship. If you ask me about gaming performance, then you won’t get 60fps gaming in Call of Duty Mobile for sure (nor 120 fps obviously) but still you will enjoy the gaming procedure – no problem at all. You won’t find any game specific switches, liquid cooling like the Black Shark phones obviously. Only decent gaming by a mid-range smartphone.

Have a look at the benchmarks above and below, they will verify my saying 😉

Let’s have a look at the camera bulge, ok? POCO insists that the gaming smartphone they designed can shoot impeccable 108MP photos and I can confirm that it does. The main camera on the rear is paired with an 8Mp 118-degree ultra wide lens and a 2Mp macro lens that aren’t quite as exciting, but still do the job.

When choosing to shoot 108MP photos, the device’s sensor utilizes Xiaomi’s 9-in-1 pixel binning technology and in basic terms snaps photos one with the other together. The standard 12MP photos look great in general: they’re well balanced, with decent focus, exposure, and color accuracy. As one could expect, daylight photos are much better than those low-light shooters.

If you decide however to go for the whole 108MP caveat then you may not see any real difference when looking at them from the device’s display. These photos are good only for cropping or using them for typical printing – not for huge quality. The POCO X5 Pro 5G doesn’t have any telephoto lens so don’t expect miracles when zooming in. There is a nice zoom effect (2x) but it could be so much better if it had a dedicated telephoto lens. 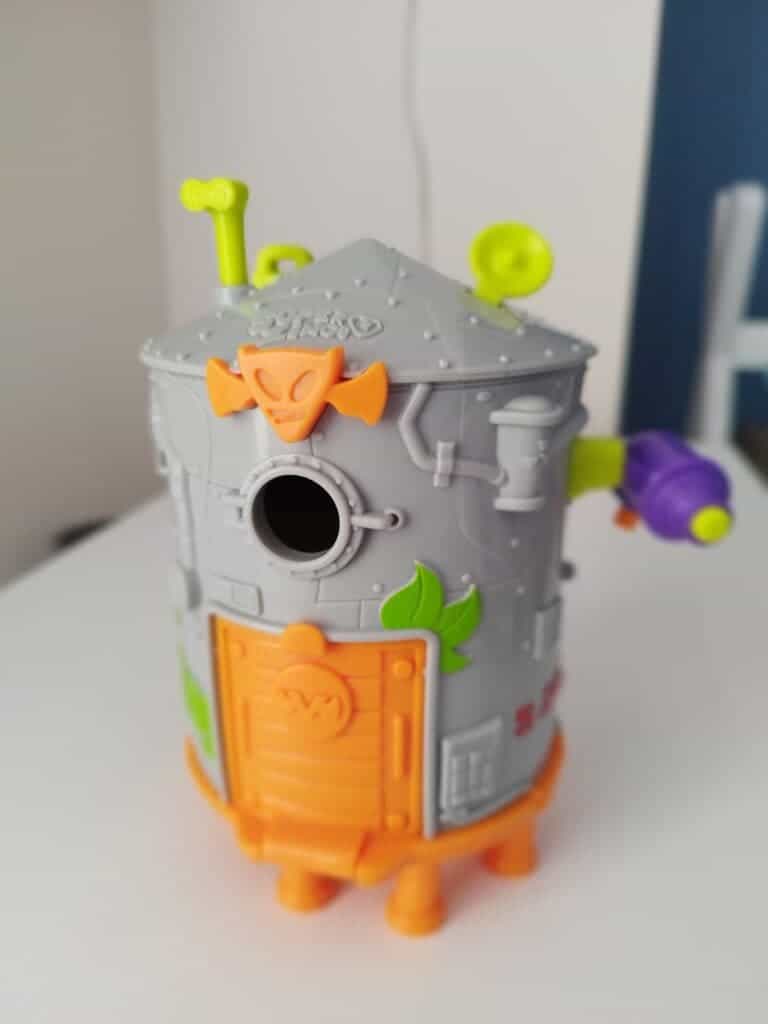 Low light photos are just… nice. The phone doesn’t have any OIS, so despite the size of the sensor and low aperture it cannot do much. Night photos have a lot of digital noise when you zoom in. 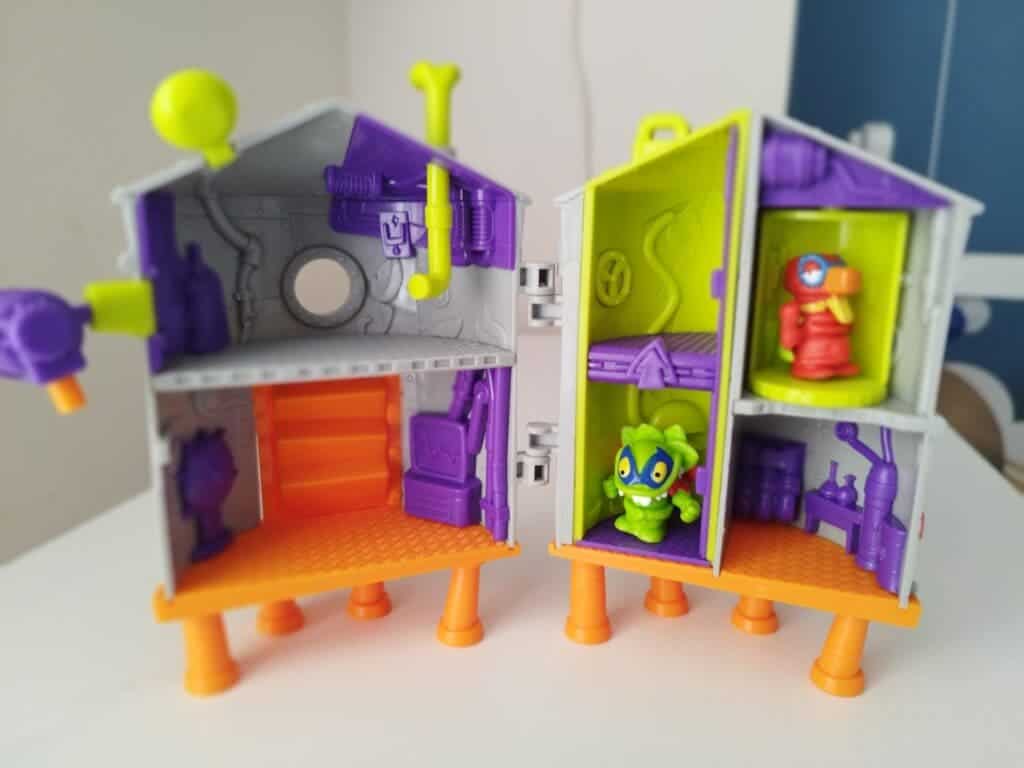 Finally, on the front, you’ll find a 16Mp selfie camera that performs fairly well overall, making it a great option for selfies and video calls. There’s also support for Portrait photography that blurs the background, although the edge tracking could be much better – I admit.

As for video recording? The best you can do is 1080p at 30fps, and even dropping down to 720p won’t raise that frame rate.

I guess one reason for choosing to buy a POCO smartphone, is the MIUI interface inside. The device comes with Android 11 and MIUI 13 skin – Xiaomi’s notorious UI over the years. The latest iteration of the UI is much more stylish. Really smart but remains buggy sometimes and Xiaomi fans are not happy when this happens. 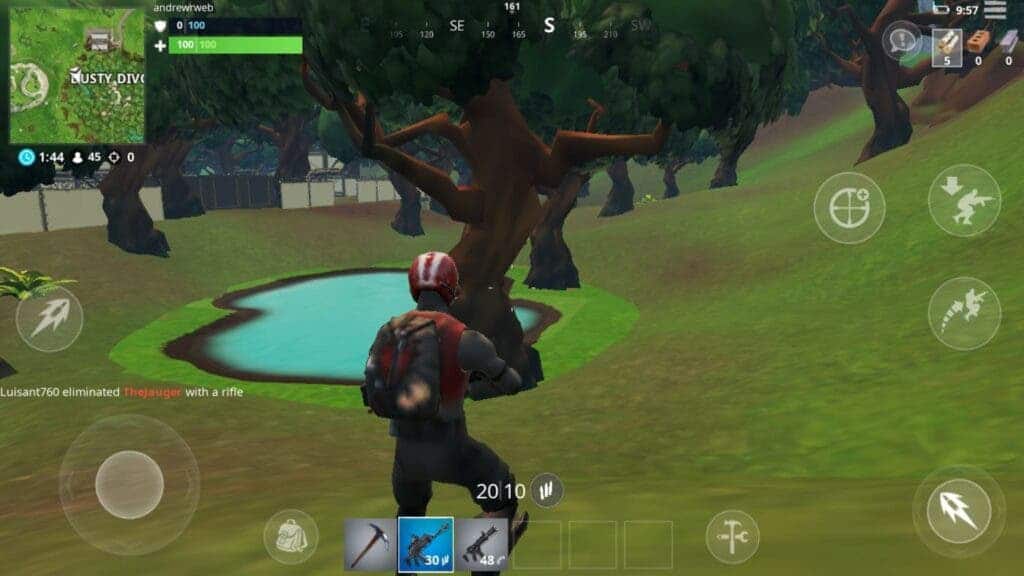 Xiaomi claims that MIUI 13 ranks at the top in Master Lu’s fluency test, beating Android skins from other OEMs. The company has also improved the multitasking capabilities on MIUI 13. The software now lets you have up to 14 apps open in the background on a device at any given time. They have also worked on making MIUI 13 more secure for the end-users. This means new features like face verification protection, privacy watermark, and fraud protection. 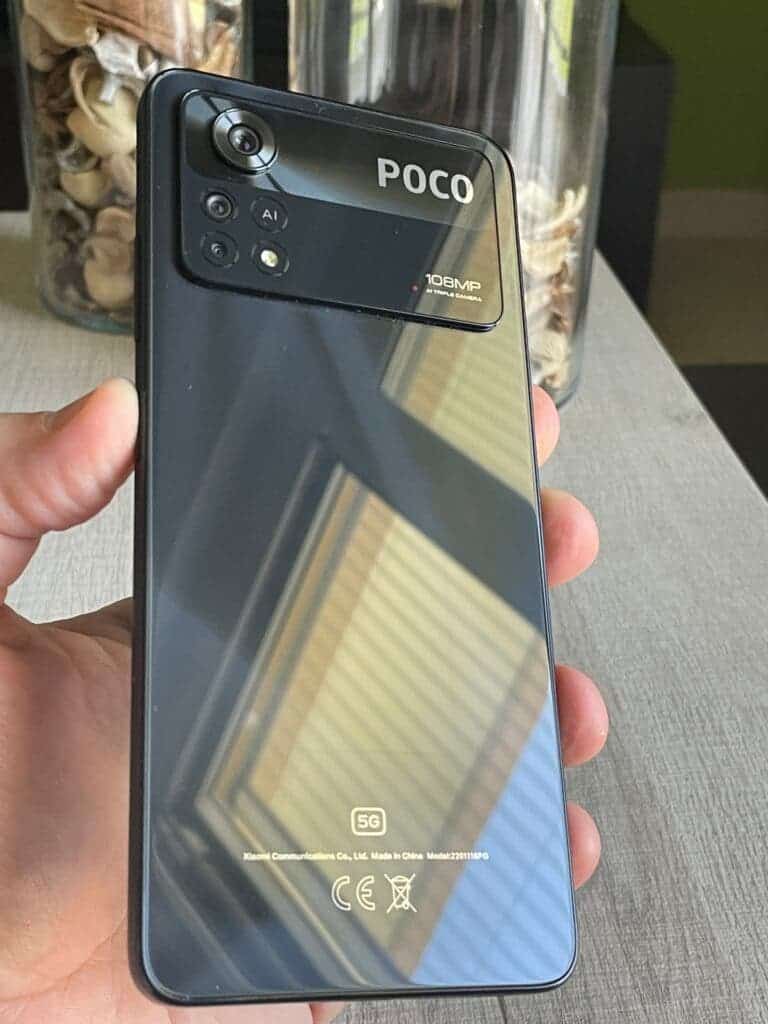 The fraud protection feature, consists of a couple of different measures to protect users from online and telecom frauds. Like “E-fraud warning,” “Official logo,” Fraud application installation interception,” and “Transfer protection.”Furthermore, MIUI 13 comes with a host of new live wallpapers that showcase crystal formation. Xiaomi says that these wallpapers were captured using a polarization microscope via 8K timelapse photography. 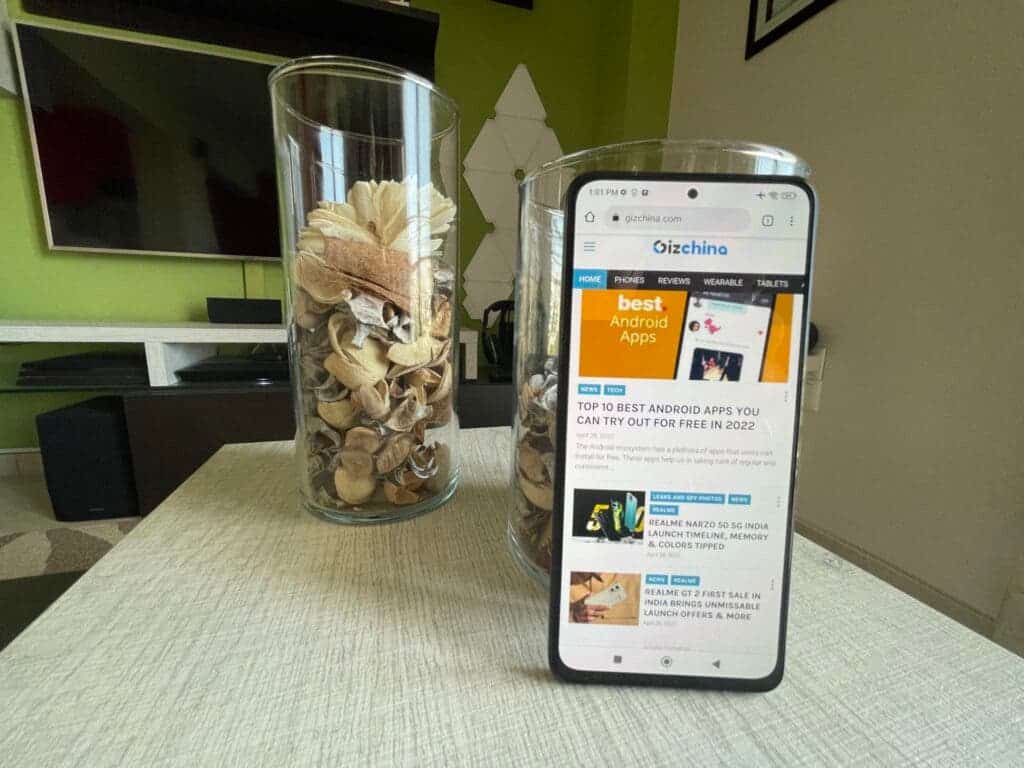 There are a lot of pre-installed apps, but most of them are non-removable. There’s a More Apps folder where we can find some of them. You can also find a Games folder, and others are peppered around the main and second screens. Furthermore, if you’re in one of those two folders, the screen’s bottom row of icons wants to suggest ‘promoted apps’. It’s all rather messy. 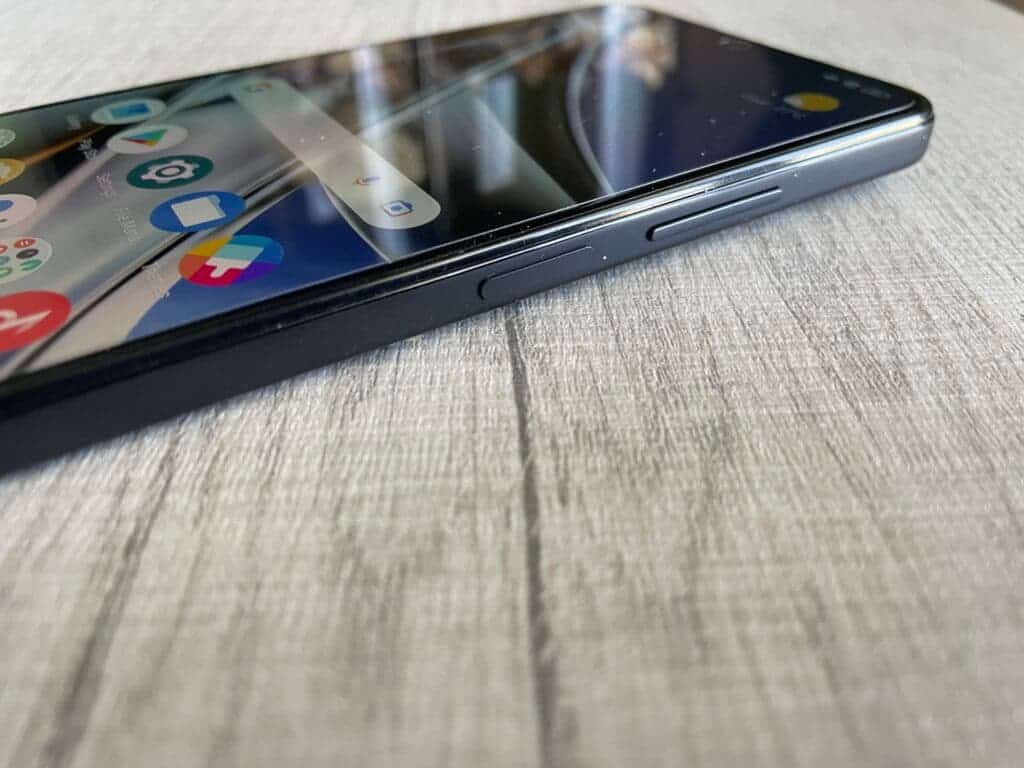 As much as one may love the MIUI interface, another could easily hate it. Chinese vendors are often poor in software updates and POCO is no stranger to this. The Settings menu is still confusing, I’m sorry to say. The Camera app difficult to navigate while shooting, and some important details are hidden in the menus. If you previously owned a Xiaomi/POCO device, then you will have no trouble navigating. If you come from another Chinese vendor, then you will need some hours to get to know it better. 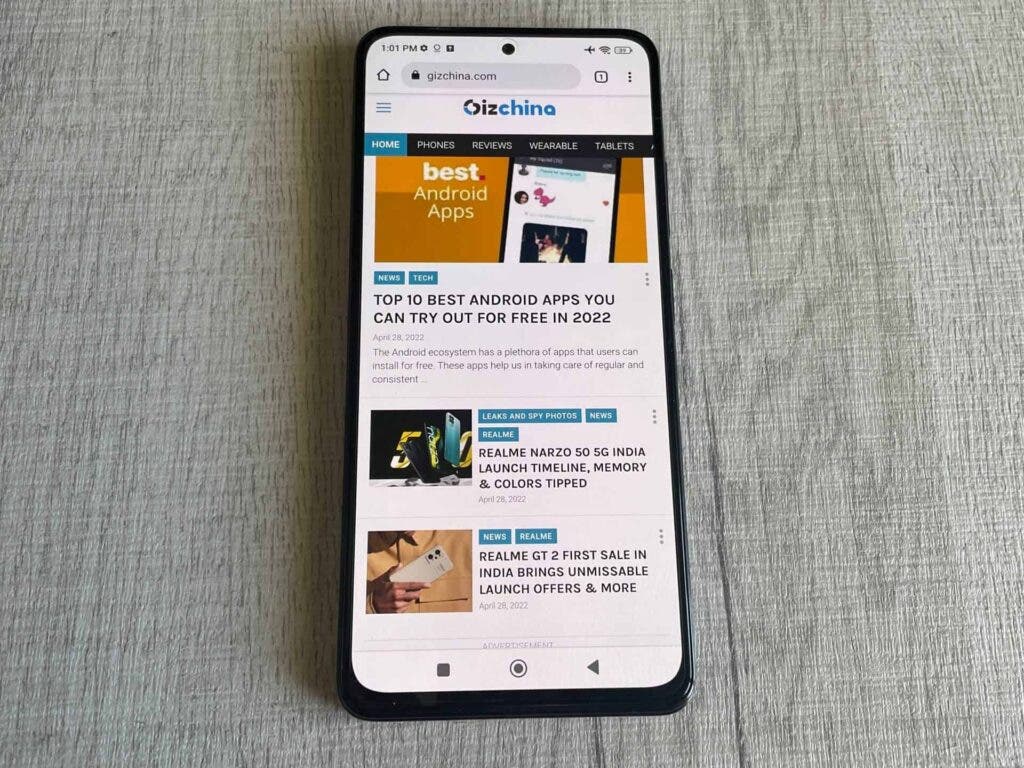 Oh, I really liked Mi Remote and the IR blaster of the device. It reminds me of my old Symbian days.

The Poco X4 Pro 5G comes as a nice upgrade over its predecessor in terms of features and design. Xiaomi suggests it’s a premium gaming smartphone, but I guess it’s not. It’s a VFM mid-range killer, made for those who wish to have a decent overall experience without breaking the bank. 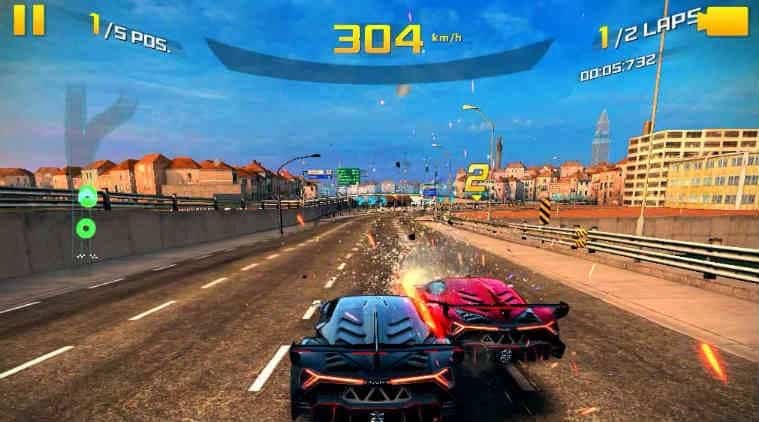 I loved the 120Hz AMOLED display. It is bright, vibrant and buttery-smooth, with one of the smallest camera cutouts out there. The 67W fast charging support guarantees that you’ll go from 0 to 100% in just over 40 minutes. That’s an excellent charging speed for any average user. Yes, there’s a 67W charger in the box. 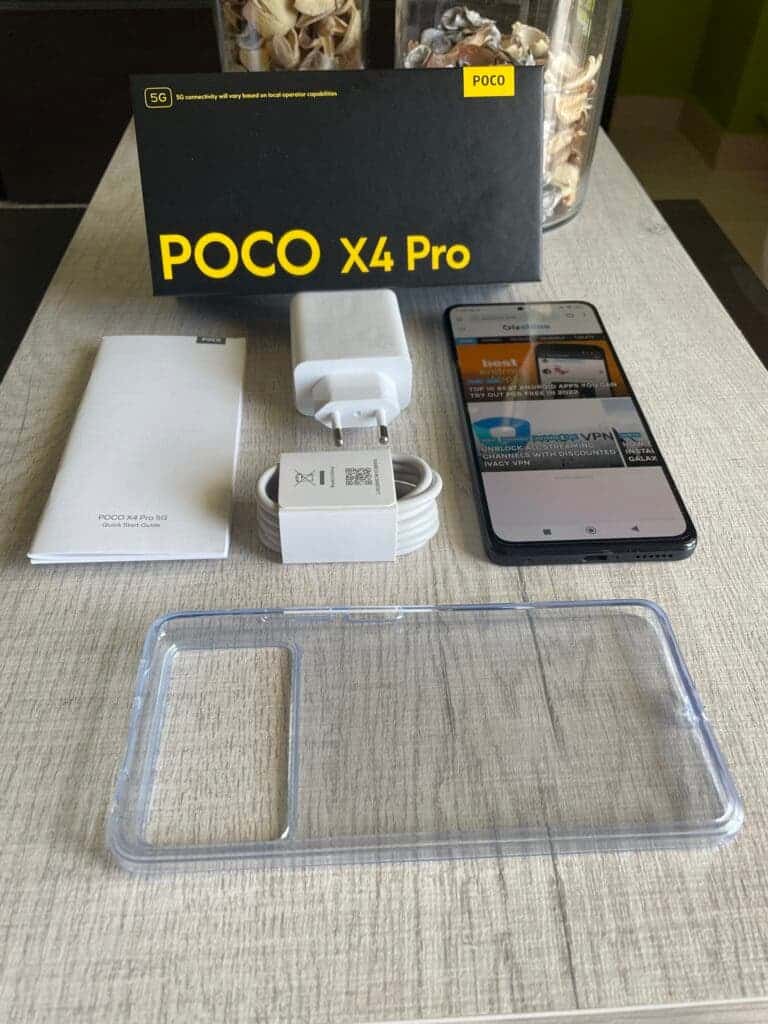 The 108Mp camera is an impressive addition to the whole performance of the POCO X4 Pro 5G. It provides decent colour representation in well-lit environments and decent video quality in FHD. However the lack of OIS means night photography performance could be better.

Xiaomi’s MIUI interface isn’t my favorite, but the lack of a decent update policy by POCO is a negative. Despite all the above, the newest POCO X4 Pro 5G remains one of the best choices out there.