Motorola continues to launch new products, and this time the replenishment happened in the budget E series. Without any pomp or separate presentation, the company released the Moto E32 in Europe. It replaced the Moto E30 and offered a number of compromises for the sake of a low price tag.

Moto E32 was equipped with a 6.5-inch IPS-screen with a resolution of 1600×720 pixels and a refresh rate of 90 Hz, a UNISOC T606 chipset, 4 GB of RAM and 64 GB of flash memory. In the arsenal of the smartphone, a fingerprint scanner on the side and the Android 11 operating system with the My UX add-on.

The battery capacity of the Moto E32 is 5000 mAh and support for 18W fast charging is announced, but a 10W charging adapter is included with the smartphone. Also, the smartphone received an 8-megapixel selfie camera and on the back side offered a set of three sensors 16 MP + 2 MP + 2 MP. 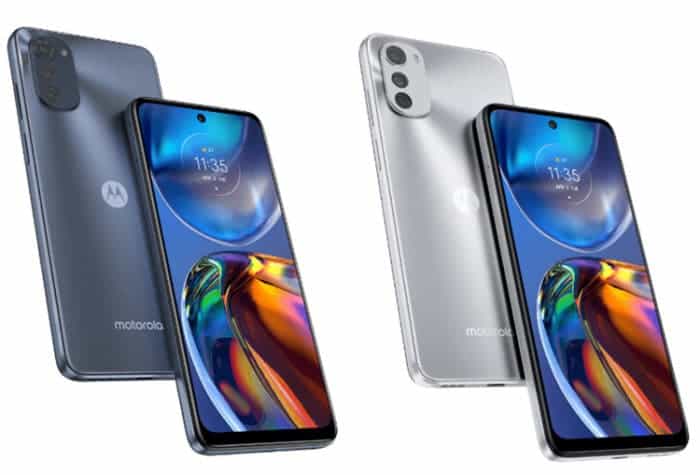 Motorola is preparing another mid-range smartphone of the Moto G line. The model will be called Moto G82 5G.

The smartphone will be based on the Snapdragon 695G SoC; and will receive a 6.55-inch AMOLED display with support for 120 Hz. RAM will be provided from 4 to 8 GB, and flash memory in all versions will be 128 GB.

The battery will be the usual capacity – 5000 mAh with support for 33-watt charging. It is also worth noting the protection against moisture and dust (IP52). The main camera will be represented by sensors with a resolution of 50, 8 and 2 megapixels; the frontal resolution will be 16 megapixels. The design will be similar to other current models of the line.

Also, earlier it was reported that Motorola is working on a flagship phone codenamed Frontier. It should be equipped with a Snapdragon 8 Gen 1+ mobile platform, as well as a 200-megapixel camera.

In addition, Chen Jin, general manager of Lenovo’s mobile phone division in China, has been teasing him with the announcement over the past few months. Now he left a Weibo message from an unknown Motorola phone.

So, the Motorola Frontier is rumored to feature a 6.67-inch curved pOLED screen with a 144Hz refresh rate and a 60MP selfie camera. It will be available with 8/12GB of RAM and 128/256GB of storage. The battery will have a capacity of 4500 mAh and support 125W wired charging.

Next Samsung UFS 4.0: a new standard for high-speed memory in smartphones