Twitter recently announced that it is testing a new Twitter circles feature. Although this feature is still in development, we already know what to expect. According to the company, Twitter Circles will allow users to share their tweets with smaller groups. With Twitter Circles, users can share their tweets with up to 150 people instead of sharing their content publicly. Each user will be able to create Twitter circles consisting of people who can see tweets from the user’s circle. 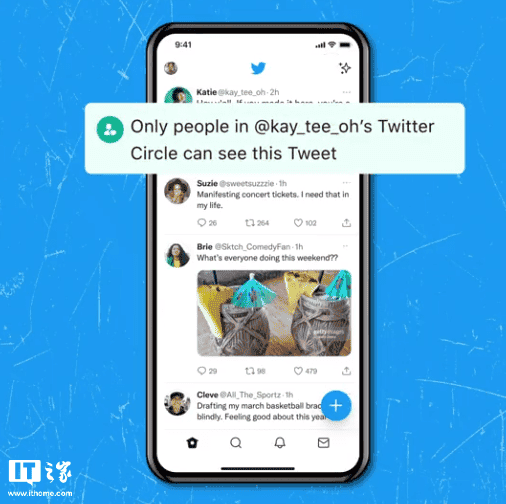 It’s similar to the “close friends” story sharing feature on Instagram, allowing users to choose a group of people to share a story with instead of sharing it publicly with all followers. Starting today, some users will be able to create Twitter circles, the company said. Users with this feature will be able to select up to 150 followers to add to a circle after being prompted by the new circles interface. Only selected users who are in a Twitter circle will be able to view and reply to circle tweets.

Additionally, creators can edit Twitter circles participants at any time. There is no word on when this feature will roll out more widely. This will obviously be a good development for many users of this popular app.

Elon Musk wants to take Twitter from niche to mainstream

Tesla Inc CEO Elon Musk said on Monday that he wants to expand Twitter’s reach beyond its current “niche” users until most Americans use this social media platform. Musk joined his model mother, Maye Musk, at the annual Met Gala on Monday. An important measure of Twitter’s success is whether it can significantly expand its audience, he told reporters gathered on the red carpet. Twitter’s latest earnings report shows that it has about 40 million daily active users in the United States.

“Right now, it’s like a niche platform. I want a much larger percentage of the U.S. population to come in and participate in the conversation,” Musk said. He said he wanted the platform to be “as inclusive as possible, ideally where most people in the US chat” and as trusted as possible.

Musk also said he would make Twitter transparent about the promotion and downgrade of tweets, and hoped that its software would be open to criticism. When asked about potential employee turnover, Musk said: “It’s a free country. Of course, if someone is uncomfortable with that, they’ll volunteer to go elsewhere. That’s fine.”