We often see people sharing their tweets via screenshots on multiple platforms. It is a bit annoying to take a perfect screenshot as sometimes there are images in tweets that get cut out. Finally, it’s time to say goodbye to Tweet screenshots at least for Instagram. Now Twitter will allow you to share your tweets on Instagram stories easily. The integration of two different social media platforms comes as a shocker to me. Anyway, this sharing option will surely save a lot of time for users.

Thanks to the new sharing option, it will be easier than ever to share your full tweets in Instagram stories. You now have a direct option for Instagram stories on Twitter. The Tweet appears fully on the story screen where you can resize, change the appearance, re-position, and add images with the image service’s standard selection of text, stickers, music, and annotations. Of course, you always have the option of screenshotting tweets and manually uploading them into an Instagram Story. 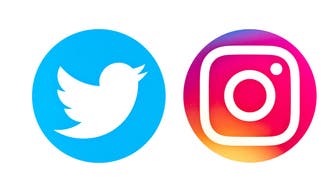 But the new interface makes the process a lot easier, and the results are slicker. While now it’s easier to share tweets on Instagram stories, you still have no option to share your Instagram post on Twitter. Any Instagram post shared on Twitter only appears as an URL with no preview whatsoever. That functionality ended in 2012 and still hasn’t returned. But in my opinion, story sharing is still a step in the right direction. A person who screenshots every tweet and then adds to Instagram knows how annoying it can be. Truly, it will be a blessing for some users.

Twitter’s official integration with Instagram Stories follows similar functionality added to Snapchat last year. Like the Snapchat integration, Twitter is only making the new sharing feature available to iOS users for now, and it hasn’t mentioned when it might be available on Android. I hope this sharing feature reaches Android users as well. Recently, we saw a huge load of new features for Twitter. A new subscription was made available to Super Users for monetization. With these features, Twitter is not coming slow at all. So, what do you think of the new feature by Twitter? Do you see yourself using this or will never use it? Share your thoughts in the comments below.