Twitter is reportedly working to allow users to react to posts in a manner similar to that used by Facebook. In addition to the “Like” button under the tweets, users will have access to a number of emotionally charged reactions, such as “Laughter”, “Sadness”, “Smirk” and others.

Social network researcher Jane Manchun Wong reports that Twitter has been working on new functionality for at least a couple of weeks. This innovation is likely to appeal to many users, who now have an additional way to express their feelings about the content of tweets.

Recently, Twitter has been actively working on introducing new features. This week we reported that the social network is testing “Super Subscriptions”, which will allow you to subscribe to paid exclusive content from your favorite accounts. In addition, Twitter has been known to be working on a Tip Jar feature for some time now, which will allow users to financially reward content creators.

The icons for the Cheer and Sad reactions are WIP and shown as the generic heart one at the moment https://t.co/ZCBhH8z7JR pic.twitter.com/dGqq1CzIis

Twitter has begun testing the paid subscription Twitter Blue. Jane Manchun Wong, a social network researcher, spoke about this. She became among the first subscribers and talked about the new features.

Twitter Blue will cost users $3. Purchasing a subscription will allow users to change the color of the service interface. There will be six colors to choose from: blue, yellow, red, purple, orange and green. Jane hasn’t shown how the redesigned interface will look; but it will likely look similar to the desktop version, with some of the button and hashtag colors changing. The color list completely repeats the settings of the desktop version. 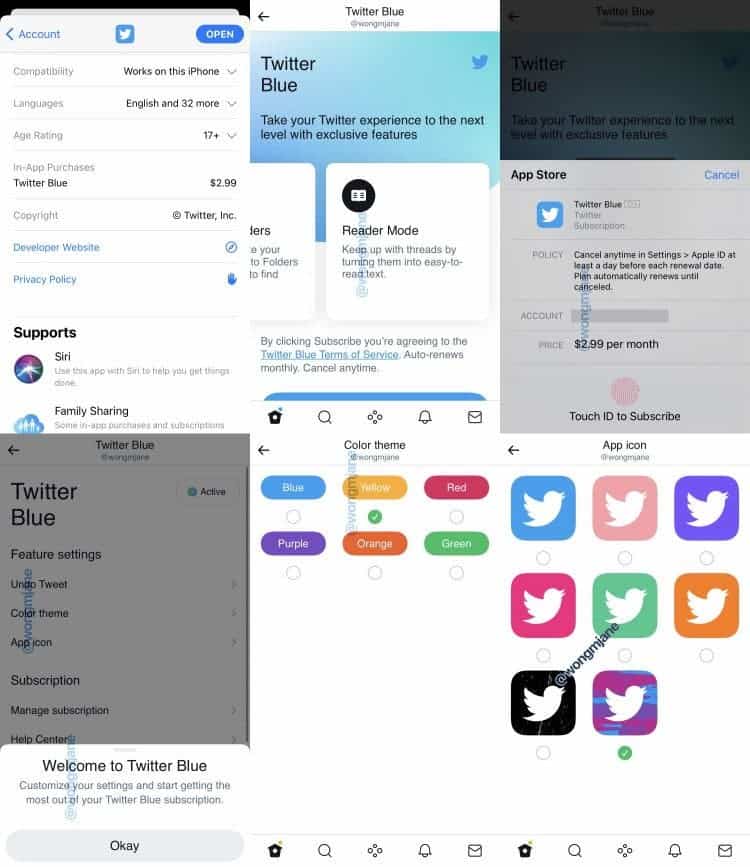 Users will also be able to change the color of the home screen icon. According to the publication, a total of eight design options will be available.

Also, in terms of functional options, subscribers will be able to bookmark tweets, cancel posted posts, and gain access to Reading View. The latter forms a long chain of messages into a single text.

This isn’t the only scheduled paid Twitter subscription. In February 2021, the company announced Super Follow. It will cost users $5 and allows active authors to earn money from their readers.

Next Apple And Samsung Have No Equals In Premium Smartphones Market