Earlier today, there were reports of a bizarre bug which many iPhones have been encountering. According to users’ reports, after downloading Apple Music in the App Store, the behaviour of the app is strange. First off, the app directly installs on the bottom bar of the phone. In addition, it superimposes itself in the position of another application in the bottom bar. 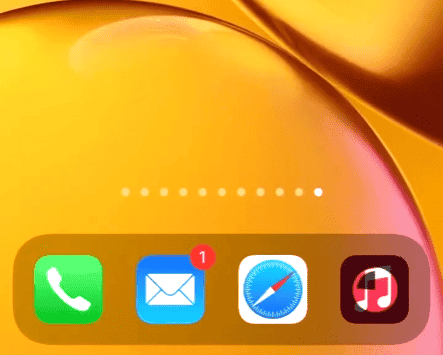 From the demo, after downloading Apple Music, the original app on the bottom bar was automatically replaced with Apple Music. Even if the app in the position is a first-party app, Apple music will still superimpose itself. Of course, having two applications in the same position is strange and confusing.

Of course, the replaced apps didn’t disappear, they just moved to the desktop. In addition to the “bizarre” performance, the triggering conditions of this bug are also unpredictable. According to user tests, the bug not only appeared in the new iOS 15.5 Beta but also appeared in other old versions of iOS 15. Even some iPhones that have not upgraded iOS 15 at all still encountered this bug.

In addition, the software replaced by this bug has no rules to follow, and both third-party and first-party applications have been replaced. At present, Apple officials have responded that they are aware of the problem and are conducting analysis and investigation.

Recently, some netizens have reported that Apple Music in China has once again launched a special promotion. According to the new promotion from Apple, users can spend 10 yuan and listen to Apple Music for three months.

The event page shows that you only need to pay for 1 month and you can listen to it for 3 months, and the offer will end soon. It should be noted that after the trial period ends, the plan will automatically renew at a price of 10 yuan per month. As of a few weeks ago, users were still enjoying the promotion. However, we can not tell at the moment if the discount is still active.

Next How To Make Your Phone More Secure During Demonstrations?