The Snapdragon 8 Gen 1 Plus or Snapdragon 8 Gen1+, if you prefer, has been cycling through the rumor mill for months. Everything started when Qualcomm’s “unhappiness” with Samsung’s manufacturing of Snapdragon 8 Gen 1 became evident. The US-based chipmaker urged TSMC for a new batch of Snapdragon 8 Gen 1 SoCs with better thermal efficiency, and consequently, more stable performance. These chips will finally come, but the company will use the opportunity to launch them as Snapdragon 8 Gen 1+. After a set of rumors and leaks, it seems that Qualcomm is ready to unleash its new flagship chipset for mobile devices on May 20. The company has announced through Weibo that it’s hosting a new conference in China. In addition to the new chip, we will finally know the Qualcomm Snapdragon 7 Gen 1.

Qualcomm has pretty much established this schedule of mid-year refreshes for its flagship SoCs. The Snapdragon 8 Gen 1+ was more than expected, the big news this time around, is the fact that it comes from a different chip supplier. When it comes to the Snapdragon 7 Gen 1, we can say that it was also expected. Back in the last year, Qualcomm announced the Snapdragon 8 Gen 1 with a notorious rebranding for its chipset series. We knew that it would be just a matter of time until this new naming scheme reaches other lineups. And now, that is exactly what is going on with the Snapdragon 7 Gen 1 SoC release. It’ll be the first mid-range series chip to get the new nomenclature. In the future, we will see Snapdragon 6 Gen 1 series and even Snapdragon 4 Gen 1 series. 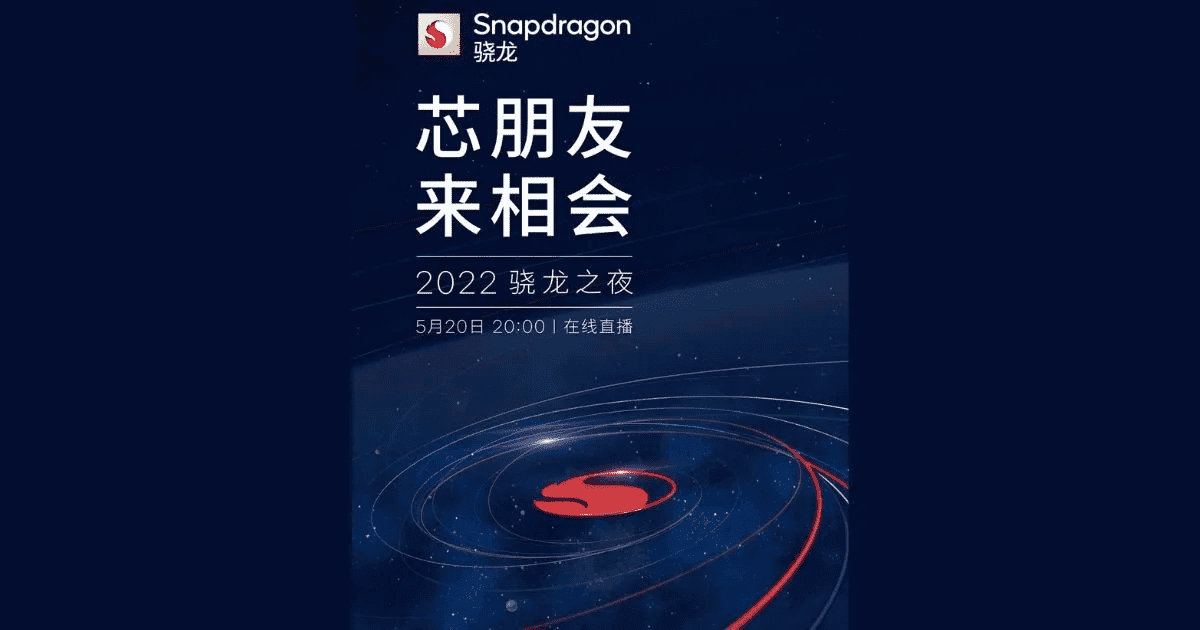 There are a lot of brands preparing new contenders with the Qualcomm Snapdragon 8 Gen 1+ such as Motorola, Realme, Xiaomi, and even OnePlus. Unlike the Snapdragon 888+ and the 865+, we’re expecting a lot more smartphones to come with the Qualcomm mid-year refresh this year. Realme Vice President Xu Qi already revealed that there is a new smartphone coming with this chip. We expect it to be the Realme GT Master Explorer Edition 2. We will also see a bunch of “Ultra” smartphones coming with this chipset, such as the Motorola Edge 30 Ultra, Xiaomi 12 Ultra, and the OnePlus 10 Ultra. All of these are based on rumors, of course. There is even a rumored Motorola RAZR 3 coming with it.

According to the leaks, the Snapdragon 8 Gen 1+ has a 1 + 3 + 4 core configuration just like its predecessor. The ARM Cortex-X2 core, however, will see a boost on its clock to 2.99 GHz. The SoC will also bring the ARM Cortex-A710 and A510 cores. The GPU will be the same Adreno 730, but we’re expecting some tweaks here and there. The first devices with it are set to appear after June.

The processor will come with 4 x ARM Cortex-A710 cores and 4 x ARM Cortex-A150 cores with 2.3 GHz and 1.8 GHz respectively. According to the leaks, there will be an Adreno 662 GPU taking care of the graphical tasks. The specs are good, at least on paper, but perhaps the clock speed can negatively influence the performance. Recent benchmarks are suggesting a disappointing performance. We’ll need to wait an see how the real life experience will be.

The first device with it may come under the Oppo Reno 8 series. That coincides with the possible release happening between June and July.

Qualcomm has been losing ground to MediaTek, especially in the “cost-effective” flagship range. We are curious to see if these new processors will bring the company back to the top.