Infinix has announced devices for its Infinix Note 12 series today. Unfortunately, those expecting 5G specs that are more on par with something from 2022, will be disappointed. The duo of smartphones, namely Infinix Note 12 VIP and Infinix Note 12 G96, come with the same MediaTek Helio G96 SoC. The chipset is relatively new, but in essence, it’s the same 12-nm Helio G90 platform from 2019, only with a few tweaks for higher refresh rates. Despite the lackluster processor, the devices still have other compelling specs like AMOLED screens and decent cameras, especially the Infinix Note 12 VIP.

The Infinix Note 12 VIP clearly is the highlight here. The new handset comes with a 10-bit screen with a 120 Hz refresh rate and also has a 108 MP main camera. One of the most notable specs is the 120 W fast charging. We saw Infinix playing with crazy 160 W fast-charging concepts for some time, but unfortunately, this product is not out yet. Anyway, 120 W is way above what several companies are offering. That certainly is something that brings this device to 2022. The Infinix Note 12 G96, on the other hand, has a more conventional 50 MP camera with non-impressive 33 W fast charging. These devices are just the beginning, after all, later this week the company will introduce the Infinix Note 12 and Infinix Note 12 Turbo. 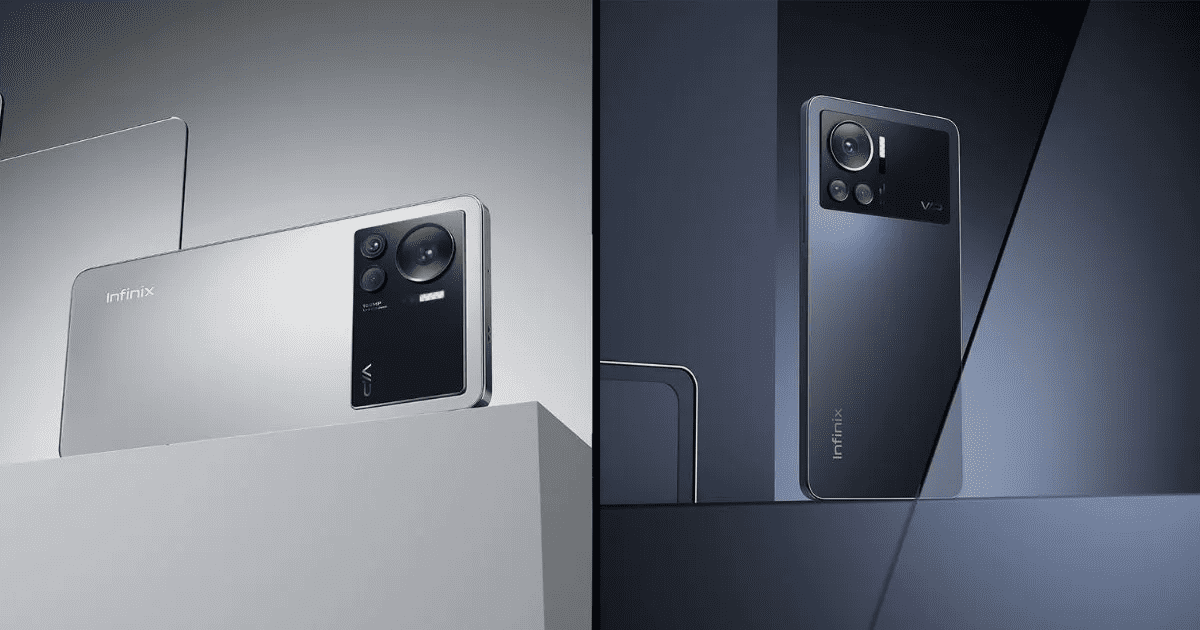 The Infinix Note 12 VIP flaunts a 6.7-inch HD+ AMOLED 10-bit screen with a 120 Hz refresh rate and 100 percent of DCI-P3 coverage. Under the hood, the phone carries the MediaTek Helio G96 SoC with the Mali-G52 GPU. The handset has 8 GB of RAM and 128 GB of Internal Storage.

In terms of optics, the Infinix Note 12 VIP comes with a third camera setup. The 108 MP camera comes alongside a 13 MP ultrawide shooter, and a 2 MP depth sensor. It also has a 16 MP selfie shooter. The phone draws its powers from a 4,500 mAh battery and also offers support for 120 W fast-charging. With fast charging, the device will fully charge from 0 to 100 percent in just 17 minutes. Other features in this device include 7.89 mm thickness and 198 grams of weight. The phone also has a “monster gaming kit” that ensures better gaming optimization, a dual x-axis linear meter, 9 layer cooling system, a dual speaker with DTS, and Cayenne Grey and Force Black color.

The Infinix Note 12 G96 packs the same processor and has the same screen with up to 8 GB of RAM but up to 256 GB of Internal Storage. In terms of optics, the phone has a 50 MP main camera and a secondary 2 MP snapper. There is also a 16 MP selfie shooter. The phone draws power from a huge 5,000 mAh battery with 33 W fast charging. The phone has a dual speaker setup, XOS 10.6 from Android 11. That’s shocking, but the phone still runs Android 11.

The Infinix Note 12 VIP costs $300, whereas the Note 12 G96 has its price at $200. These devices could easily have better names, but that is just my opinion. Anyway, they will reach select global markets pretty soon. The Infinix Note 12 was launched last month alongside a few other devices.  The company is also gearing up to introduce a new device in partnership with Marvel and Doctor Strange 2 movie.