Today, Xu Qi, vice president of Realme, teased the new Realme Pad. According to the Chinese manufacturer, the new tablet is the “king of tablets”. The company also claims that this tablet will be very competitive in the Android tablet market. Popular Chinese tech blogger @DCS claims that the Realme Pad will come with a 2.5K LCD high refresh rate screen. He also claims that this device will come with a high 120Hz refresh rate. Furthermore, this device will use a Qualcomm Snapdragon 870 flagship processor and has a battery capacity of 8360 mAh. 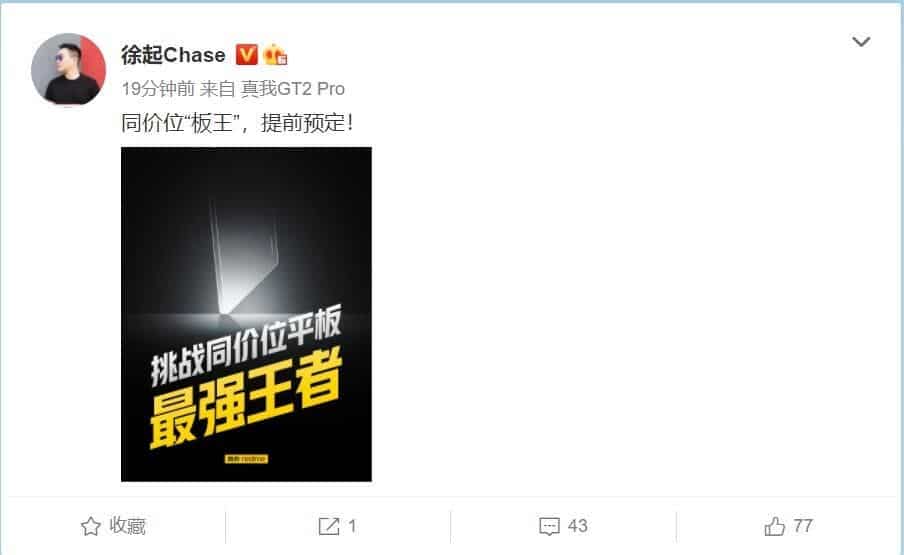 Recall that Realme premiered its tablet with an Helio G80 processor last year. This year they introduced the Realme Pad mini based on UNISOC Tiger T616, with an 8.7-inch screen and a 6400 mAh battery.

There are also reports that the Realme Pad will have two options: a high-end version and a low-end version. The low-end version will hit the “thousand yuan” gear, which will be the most cost-effective Snapdragon 870 tablet. This means that this device will not be more expensive than 1999 yuan ($296). This device will officially arrive in the second half of this month. Also, Realme may launch a new smartphone – Realme GT Neo3 “Naruto” limited edition. 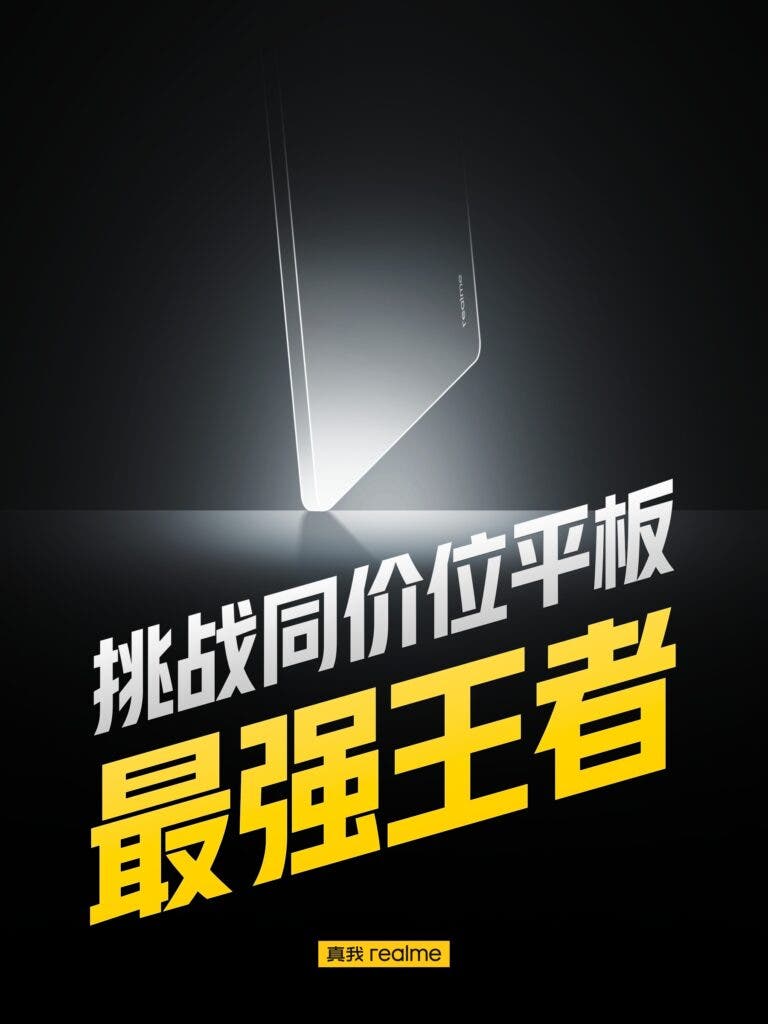 The limited edition of Realme GT Neo3 “Naruto” is based on the GT Neo3 150W version. The smartphone supports 150W light-speed second charging and can charge the 4500 mAh large battery to 100% in less than a quarter of an hour. It is currently the fastest charging speed and the highest power smartphone.