iQOO is gearing up to introduce a new version of its iQOO Z5 in the Chinese market. A new smartphone with model number V2188A has just emerged at China’s TENAA certification. As usual, the listing serves as a “pass” for new smartphones in the Chinese market. Unfortunately, the device appeared just for a brief time. Something is still not ready, so the listing has been pulled down. Anyway, thanks to the GSMArena report, we know some of the phone’s specifications.

The iQOO Z5 with model number V2188A passed through the certification with a 5,880 mAh battery. Well, this capacity probably is the rated one, so we can bet on 6,000 mAh of typical battery capacity. The phone will have 44 W fast-charging which has been a conventional number for Vivo mid-range smartphones. Other specifications include a 6.58-inch display. For now, it’s hard to determine whether this is an OLED or an LCD kind of display. Anyway, we can expect a Full HD+ resolution with 2,400 x 1,080 pixels and up to 120 Hz of refresh rate. The phone dimensions of 163.87 x 75.33 x 9.21mm with a weight of 203g.

As we’ve said before, this is an alternative iQOO Z5 version. After all, there is already an iQOO Z5 available in the Chinese market. However, that particular variant has a smaller 5,000 mAh battery. However, it comes with the very same 44 W fast charging. The display is bigger with a 6.67-inch diagonal and that’s an IPS LCD screen. There is also a 120 Hz refresh rate and a Full HD+ resolution. This particular variant comes with the Qualcomm Snapdragon 778G processor. 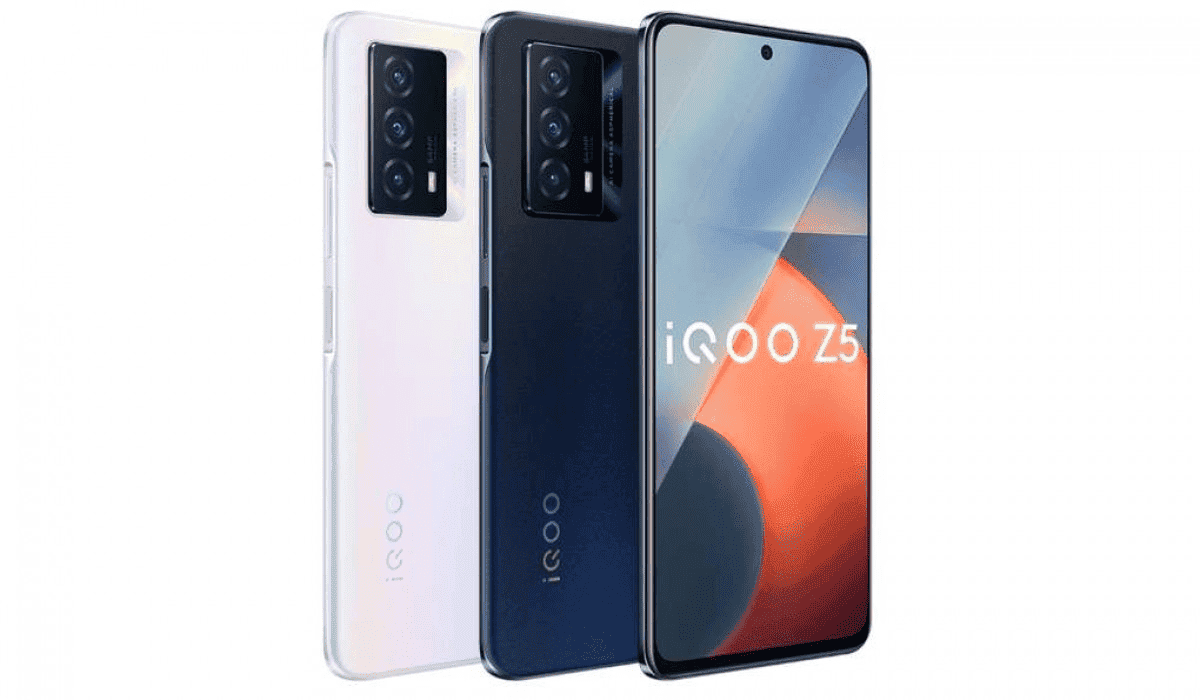 Apparently, the iQOO Z5 with the smaller display but a bigger battery will launch with a new chipset. The rumors say that it will sport the MediaTek Dimensity 1300 SoC. To those unaware, the Dimensity 1300 was launched this year and can be considered a new version of the Dimensity 1300 with extra tweaks for performance and efficiency. In essence, it’s the same 6 nm processor that conquered the affordable flagship market in the last year. The TENAA listing also confirms variants with 6 GB, 8 GB, and even 12 GB of RAM. In terms of storage, the phone has 128 GB, 256 GB, or 512 GB of native storage.

There is no kind of storage expansion, and the phone will likely run Android 12 straight out of the box. The focus clearly isn’t the camera department. Therefore the phone only has a 50 MP main camera, and two 2 MP snappers for macro and depth sensing. The phone also has a fingerprint scanner and an IR blaster.

Meanwhile, iQOO is busy with the release of a new iQOO Neo 6 variant in India. The first details have already been revealed.

Next Xiaomi 12 Ultra camera specs will be rather familiar