Microsoft is currently testing the addition of a search bar on the Windows 11 desktop. This is currently only available on build 25120 of the operating system, deployed on the Dev channel. It allows you to search the web or directly access a site without opening your browser first.

While Windows 11 22H2 can now land at any time, Microsoft continues to provide Insider members with new features. Yesterday, the Redmond firm published a blog post in which it announced the deployment of build 25120 in the Dev channel. Besides the usual bug fixes, one feature deserves particular attention. As you can see from the image above, a search bar has come to nest on the desktop.

Windows Insiders who use the Dev Channel may get to try out new ideas, longer lead features, and experiences that are intended to help validate concepts. Starting with this preview build, some Insiders will see one of these conceptual features as we begin to explore exposing lightweight interactive content on the Windows desktop. Today, Windows exposes this type of content in the Widgets board. To begin assessing this general idea and interaction model, the first exploration in this area adds a search box displayed on the desktop that enables you to search the web. 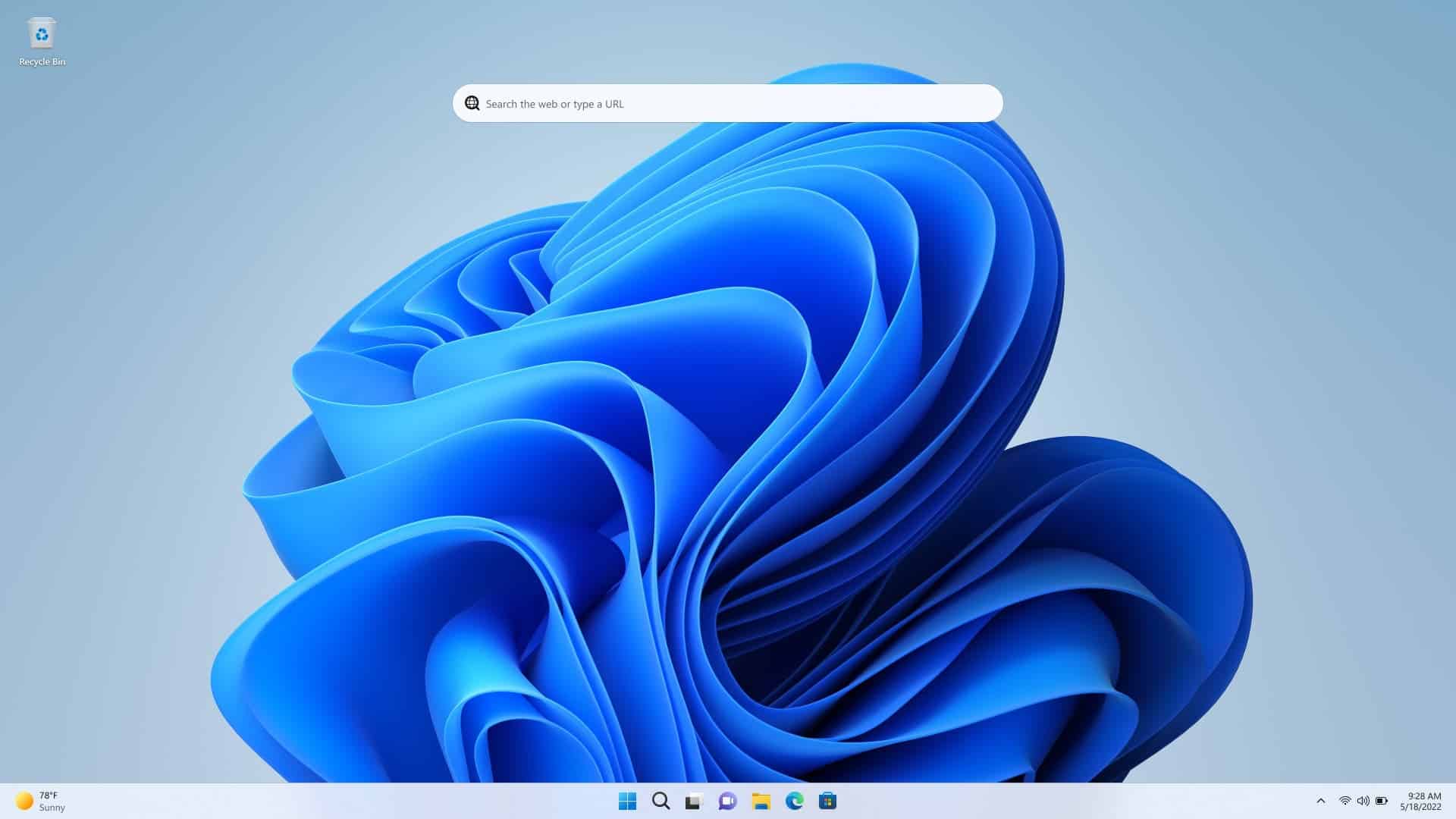 This does exactly what you would expect. It allows you to search the web or type in a URL; to go to a site without having to open your browser. Microsoft does not intend to stop since it plans to add other widgets to the desktop in the future, without specifying the content of these. We can nevertheless expect something relatively similar to what we found on Windows Vista or Windows 7.

In the meantime, Insiders members can therefore already test this first test. For the moment, the feedback mainly concerns a very specific bug. The taskbar does not take into account the user’s default browser. As you’d expect, this one always opens searches in Edge. So let’s hope this isn’t just another tricky way for Microsoft to force people to use Edge.

Remember that the Dev channel is primarily used to test features in the early development phase; and that many of them never see the light of day on the consumer version of Windows 11. It is therefore difficult to say at present that the taskbar will indeed find its way outside the Insiders program. If you like the idea despite everything, know that third-party applications like Rainmeter have allowed you to add a number of widgets to your desktop for years.

Next Top 3 reasons why small-screen smartphones are losing popularity