Microsoft has now announced that the Xbox & Bethesda joint game show will be held on June 12. At the event, Xbox Game Studios and Bethesda Softworks will show different contents. The company said

“This show will showcase amazing games from Xbox Game Studios, Bethesda, and our partners around the world.”

“The Xbox and Bethesda Gaming Showcase will include everything you need to know about the diverse lineup of games coming to the Xbox ecosystem, including the upcoming release of Game Pass on Xbox and PC.

“The Xbox and Bethesda Gaming Showcase will be streaming online in over 30 languages ​​across various channels.”

Microsoft spent $7.5 billion to acquire ZeniMax Media, the parent company of Bethesda, in 2020. The foundation of Bethesda dates back to Maryland, United States in 1986. The games developed by Bethesda include the “Elder Scrolls” series, “Fallout” series and so on.

“As Dusk Falls” from Microsoft Xbox Publishing Studio is an original interactive story game. This game is led by INTERIOR / NIGHT work led by former Quantic Dream chief game designer, Caroline Marchal. This work has been launched on the Steam store, and the game is planned to be released this year. Furthermore, this game also supports Chinese subtitles and Chinese voices. The game will also be available on the Xbox Series X / S and Xbox One and will be the first to join the XGP service. 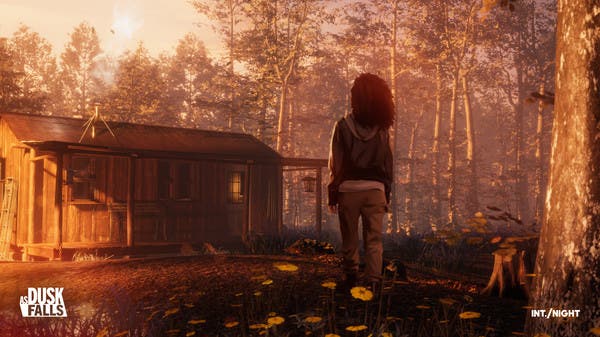 Set in the American Southwest, the story spans generations and tells the story of perseverance, sacrifice, and fault that pass through generations. One town, two families, thirty years of secrets.

Microsoft has now announced that it will give away a free PC Game Pass trial to users. However, these are users who have played its 2021 release games but are not members. You can check your eligibility for this benefit on the Microsoft website. Anyone who has played the PC versions of Halo: Infinite, Forza Horizon 5, and Age of Empires 4 from the release date through February 28, 2022, will be eligible for a 3-month PC Game Pass. 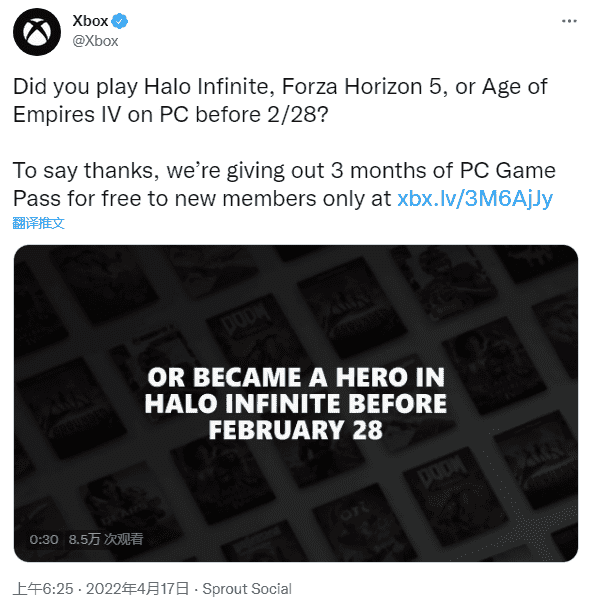 However, this offer is only available to those who have never used Game Pass on Xbox or PC before. Therefore, users must have played the purchased version of the above game or the free multiplayer mode of “Halo: Infinite”.

When the 3-month trial service expires, if you continue to use the Game Pass service, the full price will be applicable. If you do not want to pay, you need to cancel the subscription in your Microsoft account.

Next Moto G100 gets Android 12 update