The mobile OS segment used to be way more competitive than nowadays. Instead of just two operating systems, we had a lot more Operating Systems trying to get their place in the market. However, most of them have failed to stand against Android which has become the dominant OS for smartphones that are not from Apple. Microsoft tried to establish its place with Windows Phone, however, decided to completely kill the OS all of a sudden. Some shady operating systems tried to find their place in the mobile segment like Ubuntu, BlackBerryOS, Samsung’s Tizen, and SailfishOS. The latter is the only one that is still around, even though in a limited form with just a few compatible devices. It’s hard to compete against Android and the ecosystem created with Google Mobile Services. Also, iOS users won’t leave iPhone’s ecosystem without a hard adaption. Despite all this, Jolla’s SailfishOS returned from the grave in a bid to conquer the segment, or at least offer a valid alternative. Today, the latest Sailfish OS 4.4.0 iteration is becoming compatible with Sony Xperia 10 III.

Jolla used its official website to announce the release of Sailfish OS 4.4.0 Vanha Rauma for the Sony Xperia 10 III. It’s a relatively small OS reaching a smartphone that isn’t so popular. Anyway, those rocking an Xperia 10 III can try something besides Android. The good part is that the software comes with Beta VoLTE support. So you can try your luck with the calls using the experimental LTE networks. The new hardware already proves to run better on the new software.

Sailfish OS 4.4.0 brings several improvements, but there is a catch

According to the company, comparing the Xperia 10 II with the Sony Xperia 10 III running Sailfish OS 4.4.0, the browser Octane 2.0 benchmark jumped from 6,696 to 15,923 points. Furthermore, the refresh rate increased from 43 frames to 60 frames. In addition to that, the animations and background processes in Sailfish OS will feel smoother and more responsive. The battery will also last longer thanks to deep optimizations. In comparison to the previous model, the Xperia 10 III has a significant 58 percent increase in battery life.

The VoLTE Beta is disabled by default and needs to be manually enabled according to the forum method. Unfortunately, Sailfish OS needed a lot of adaptations to fully work. After all, this isn’t something “native”. So there are some issues including echo on calls using the internal speakers. The second problem is that only the main rear camera and front-facing camera are working. Last but not least, getting Sailfish OS 4.4.0 needs you to shell out 49,9 Euros. Yes, it’s not free software. 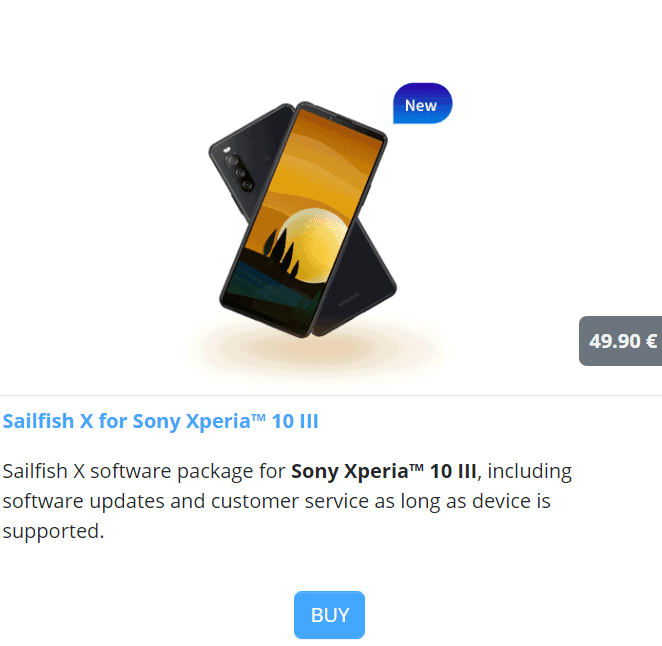 Next VPN Firms In India Have 2 Choices, Follow The Rules Or Exit The Country