In a few months, the WhatsApp messenger will stop working on some old iPhones running iOS 10 and iOS 11 operating systems. This was reported by the WABetaInfo resource, which has established itself as a reliable source of leaks regarding the popular messenger.

According to the published screenshot, support for devices running iOS 10 and iOS 11 will be discontinued on October 24 this year. This assumption has a confirmation by the fact that in the FAQ section on the WhatsApp website, at least the version of the iOS 12 operating system is in need.

For models such as iPhone 5 and iPhone 5C, iOS 12 is not available for installation; so they will no longer receive updates for WhatsApp in the fall of 2022. However, it is unlikely that so many people still use the iPhone 5, released in 2012.

As WABetaInfo noted, deprecation of support for outdated iOS versions is necessary to implement support for new features that have appeared in WhatsApp. Updating to the latest version of iOS also gives the user access to the latest operating system security fixes, so it’s always a good idea to update iOS after a new version is available.

WhatsApp to stop working on older iPhones later this year 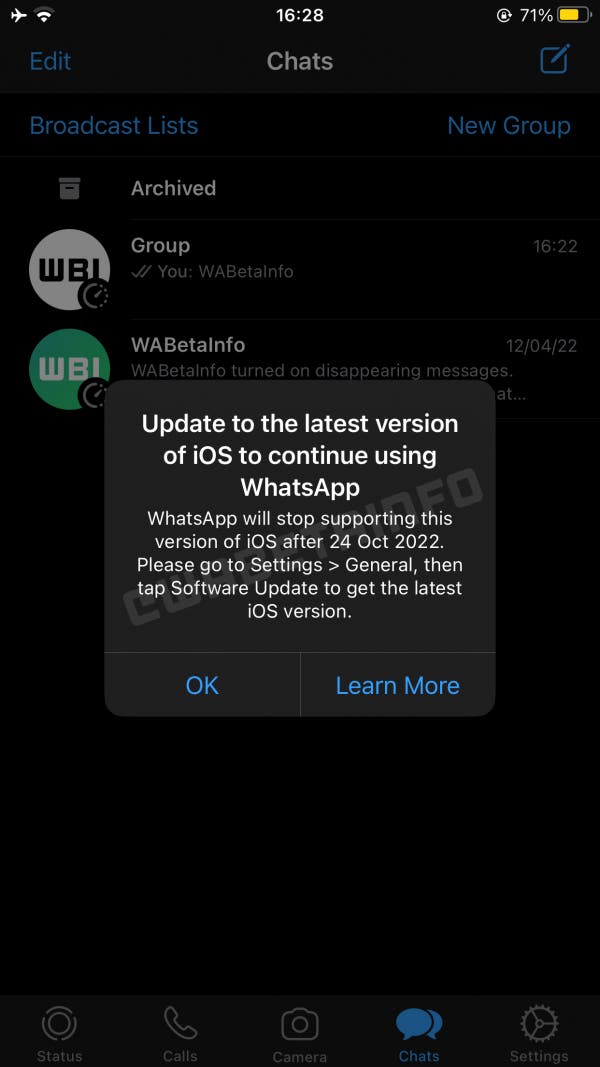 According to data that has not yet got official confirmation; the WhatsApp messenger team is working on a feature; that will allow group members to see the list of those who left these groups in the future. Probably, another feature will also be available – quietly leave groups without posting notifications in the general chat.

According to the WABetaInfo portal, which we know for accurate insiders about new, including test versions of the WhatsApp messenger; the function is available in version v2.22.12.4 for Android, available to participants in the Google Play Beta testing program; but so far ordinary testers cannot use it.

This version of WhatsApp, which is still being in works, reportedly has a feature that is not yet available; the option “View Past Participants”, which appears at the end of the general list of group members. At the same time, insiders report that those with the appropriate level of access can see former users; not only administrators have such an opportunity. However, everything can change before the feature becomes available to beta testers or anyone else.

In addition, a new opportunity will appear for those who wish to leave one of the groups; but for some reason do not want to advertise it. The beta version of WhatsApp Desktop recently introduced a corresponding feature (also not yet available to beta testers). The only people who will know about leaving the group will be the user and administrators. So far, a general chat notification appears every time someone leaves the group.