Apple is known for supporting its iPhones for a long time. However, all roads have an end, and there isn’t any exception for Apple products. Although not all products can run the newer iOS iterations, the company keeps offering a certain level of security support for older iOS releases. Anyway, the lack of compatibility with current apps is something that will eventually make these devices unusable. Now, it seems that avid WhatsApp users running older iOS 10 or iOS 11 versions will no longer be able to use their phones with the messenger. That includes those who are still able to use the iPhone 5 or iPhone 5C in 2022.

According to WABetaInfo, WhatsApp will no longer work on devices running iOS 10 or iOS 11 on October 24, 2022. A new article posted on the WhatsApp Help Center, confirms support only for iOS 12 and above. Similarly, Android users will need Android 4.1 or above to run this update as well. We don’t think that there are millions of users using smartphones with these operating systems. But if the company is giving a timeline for the end of service, then they probably have knowledge of the exact amount. 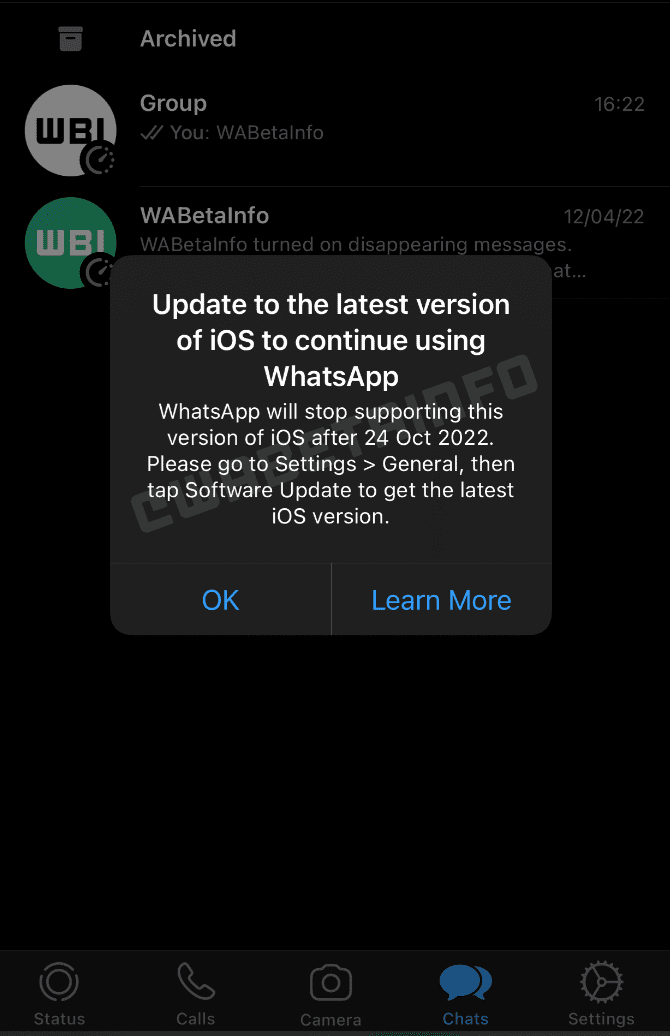 Apple is preparing the way for iOS 16

The iPhone 5 and iPhone 5C were launched in September 2013. Therefore will lose support for WhatsApp right after its ninth anniversary. Apparently, they’re the only devices running iOS 10 or iOS 11 right now. From now on, WhatsApp will need a device compatible with iOS 12 to fully work. For a quick perspective, iOS’s most current version is iOS 15.5. Worth noting, that the company is already moving to unleash iOS 16. The new Operating system will, as usual, get its announcement in June during Apple’s WWDC 2022 conference. The new iOS 16 may not bring massive visual changes, but Apple will change the behavior of certain system settings and applications. Furthermore, the company will drop support for the iPhone 6s, iPhone 6s Plus, and the original iPhone SE.

We don’t know exactly if all current WhatsApp features are available on the iPhone 5C or iPhone 5. However, they won’t be able to enjoy the upcoming novelties that are set to reach the messenger. In a recent update, WhatsApp enabled reaction messages in a way that resembles Facebook. Moreover, there are now Groups with support for up to 512 people. The company also increased the file size limit from 100 MB to 2 GB.

Next Apple VR/AR Headset Already Introduced To Board Of Directors