The Huawei Nova Y70 is finally available for purchase in Malaysia. This is a budget-friendly device that boasts decent specs. To recap, Huawei Malaysia unveiled the Nova Y70 last week. Despite carrying an affordable price tag, the Nova Y70 is a sufficiently good phone. For instance, the phone packs a robust battery that lasts very long. Further, it delivers a high screen-to-body ratio.

According to a report by TechNave, the Huawei Nova Y70 will launch in Malaysia on June 17. Further, the report claims that the phone will retail for RM699. To recall, Huawei launched the Nova Y70 Plus last month. Now, it has introduced the latest entrant in the Nova Y70 lineup. This entry-level phone comes in Midnight Black, Crystal Blue, and Pearl White shades. 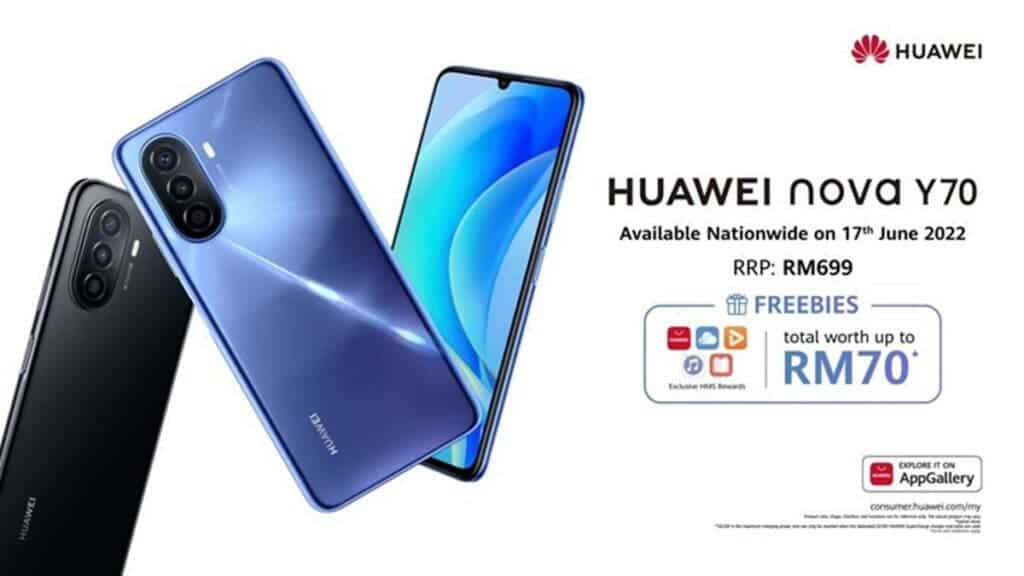 Further, the Nova Y70 supports 22.5W HUAWEI SuperCharge. So, you can enjoy 3 hours of video playback after a 10-minute charge. Also, the phone supports a Low Battery Mode. This provides standby of up to 12 hours before the phone powers down. In fact, you need to charge the phone’s robust 6000mAh battery only twice a week. It also adopts the company’s AI smart power-saving technology.

Huawei Nova Y70 Coming To Malaysia Soon – Where To Buy?

For optics, the Huawei Nova Y70 houses an AI triple rear camera setup. There’s a 48MP HD main camera and a 5MP ultra-wide-angle camera on the back. The third sensor is a 2MP depth camera. The primary sensor adds more light to photos. Likewise, the ultra-wide-angle camera transmits more info in the frame. This enables you to capture impressive group shots. The depth camera supports 3D imaging that blurs the background and focuses on the subject. 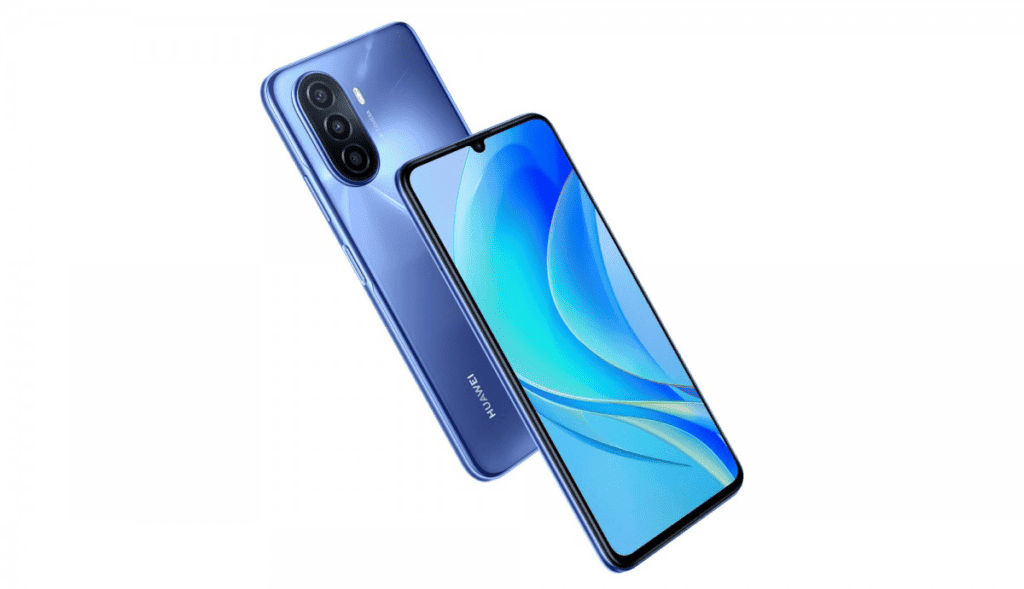 Upfront, the phone houses an 8MP selfie camera. The Nova Y70 will ship with a hearty 128GB of onboard storage. So, you can store over 60 movies, or 13,000 songs on the phone. As if that weren’t enough, you can get up to 512GB of additional storage via a MicroSD card slot. The Nova Y70 uses the EROFTS super file compression tech to speed up downloads. Upfront, the phone features a 6.75-inch TFT LCD. This screen supports 720 pixels resolution.

Regrettably, the Nova Y70 does not support 5G connectivity. However, it retains the audio jack and has a USB Type C port. The Huawei P50 went up for pre-order in Malaysia last week. Now, Huawei will launch the Nova Y70 globally on June 17. The phone will be available on Lazada, Shopee, and Huawei’s online store.