Realme is definitively trying to appeal to anime lovers with its recent launches. Back with the Realme GT Neo 2, the company launched a special edition with Dragon Ball Z theme. Now, the company is presenting to the world a new Realme GT Neo 3 variant dubbed “Naruto Edition”. Just like Dragon Ball Z, Naruto is one of the world’s most popular animes in the story. The company wants to take a ride in this popularity and decided to partner with the anime series for a new special Realme GT Neo 3 edition. The new device comes with a clear inspiration from the well-known character featuring the iconic brown and black colors. The phone’s specs are identical to the 150W charging version, however, there is only one variant with 12 GB of RAM and 256 GB of Storage. Worth noting, that Realme also took the opportunity to unleash a “regular” version with 12 GB of RAM and 512 GB of Storage. 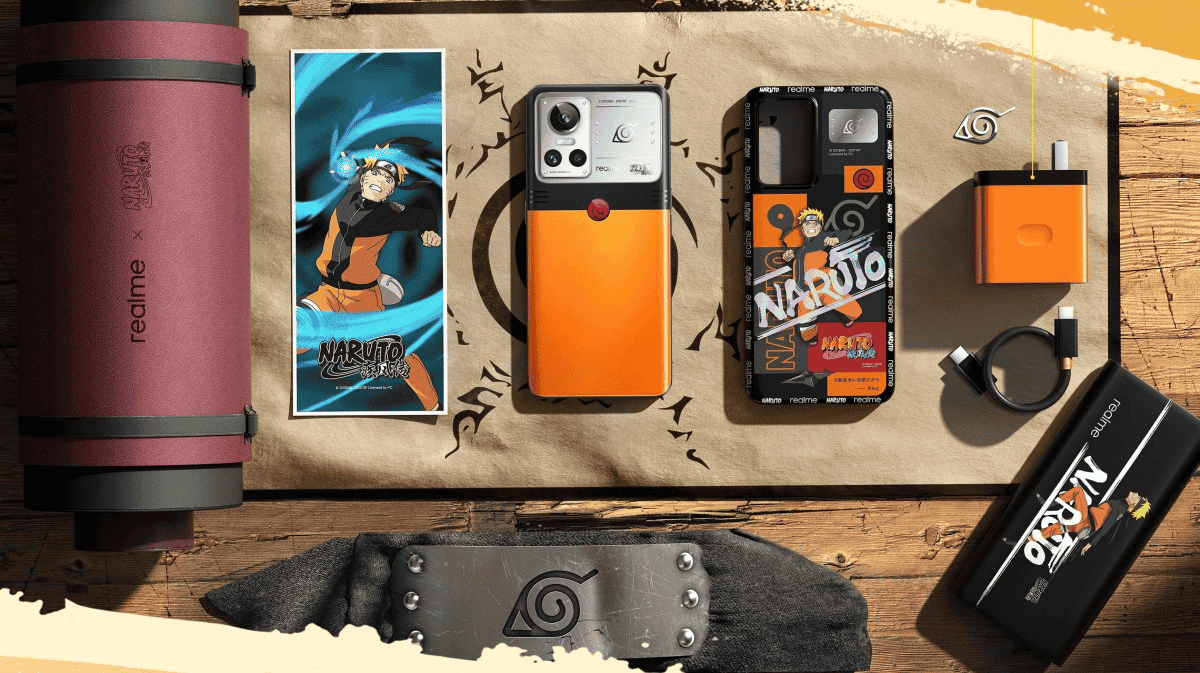 In addition to the smartphone, Realme is also tuning the phone’s retail box to match Naruto’s world. Apart from the predominant Orange color, and the black elements, there is also a camera island with a metal finish. This clearly resembles Naruto’s iconic headbands. The company also has a special scroll box containing the smartphone. There is a special case, a Naruto SIM ejector pin (lol). Thankfully, the package includes the 150 W charging brick and cable as well as a Naruto-themed 10,000 mAh power bank with 33 W fast-charging. The phone contains a Naruto wallpaper, icons, sounds, and a special charging animation. 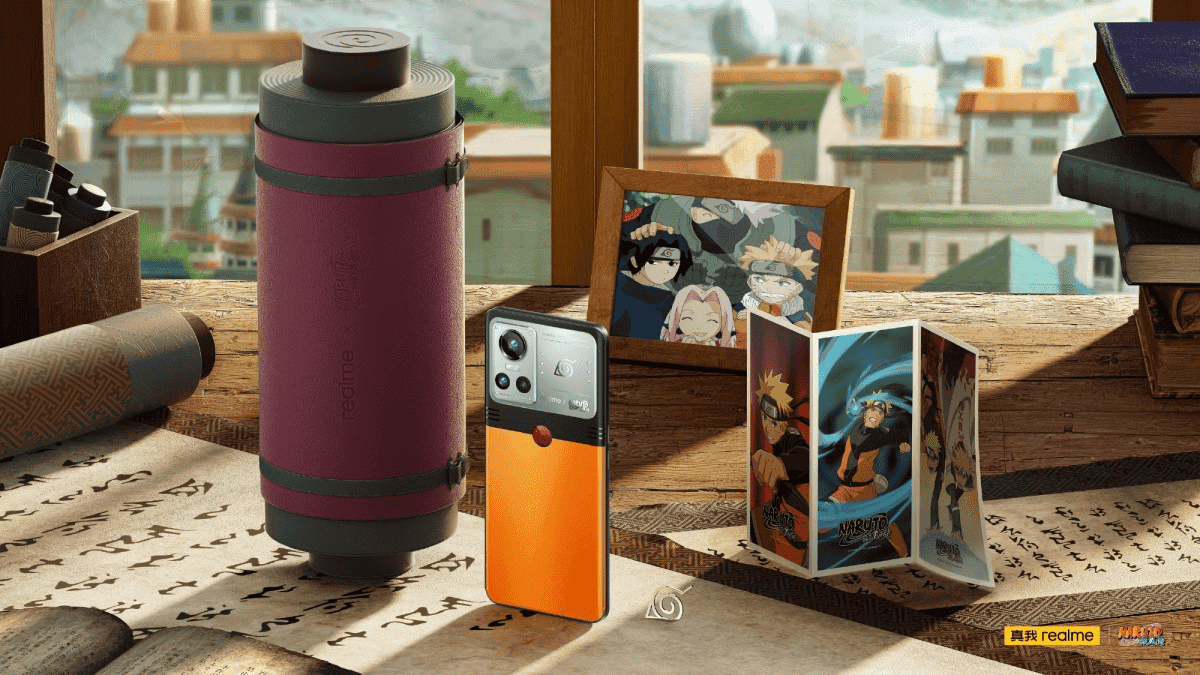 The Realme GT Neo 3 is available in China with a retail price of CNY 2,799. This price translates to around $416. However, there is no guarantee that this variant will ever make its way to the West. So, even you Naruto fans, don’t hold your breath just yet. As far as Chinese customers are concerned, the company will open the sales of this variant on May 31.

Apart from the special Naruto goodies, the phone is the same as a regular 150W edition of the Realme GT Neo 3. That means the phone has a 6.7-inch AMOLED screen with 2,412 x 1,080 pixels with Corning Gorilla Glass 5. The phone has a MediaTek Dimensity 8100 SoC. The phone has a triple-camera setup with a 50 MP main camera with OIS. There is also an 8 MP ultrawide shooter, and a 2 MP macro sensor. For selfies and video calls, there is a 16 MP shooter. This is the only Realme smartphone with a centered punch-hole.

Next Samsung Will Not Stop Selling Phones Under Rs. 15,000 In India