The Oppo K10 5G smartphone’s India launch date has been revealed. Also, the phone’s key specs have surfaced online. Oppo is gearing up for an impending launch event. The brand will be unveiling a 5G-ready smartphone under the K-series at the event. Now, the purported handset could carry the Oppo K10 5G moniker. Further, it is likely to be an upgraded version of the K10 4G. To recap, the 4G-enabled Oppo K10 was launched in India back in March.

Moreover, the Oppo K10 5G will launch in India next week. Oppo has officially confirmed the handset’s launch date in the country. The Oppo K10 5G smartphone’s India launch date is set for June 8. The K10 5G is currently available in China. The Chinese model comes with a MediaTek Dimensity 8000 chip. In fact, the K10 5G is the world’s first smartphone to pack the Dimensity 8000 processor. However, the Indian variant of the K10 5G isn’t likely to retain the same configuration.

Notably, the Oppo K10 5G could be a rebadged version of the A77 5G. Oppo is currently prepping to launch the A77 5G in Malaysia. Meanwhile, the K10 5G has been floating around the rumor mill. Also, the device has been subject to a lot of leaks. A few official-looking Oppo K10 5G renders recently popped up on the internet. These renders gave us a glimpse into the handset’s design. Further, the images revealed color options. Now, a dedicated microsite for the Oppo K10 5G has gone live on Flipkart. 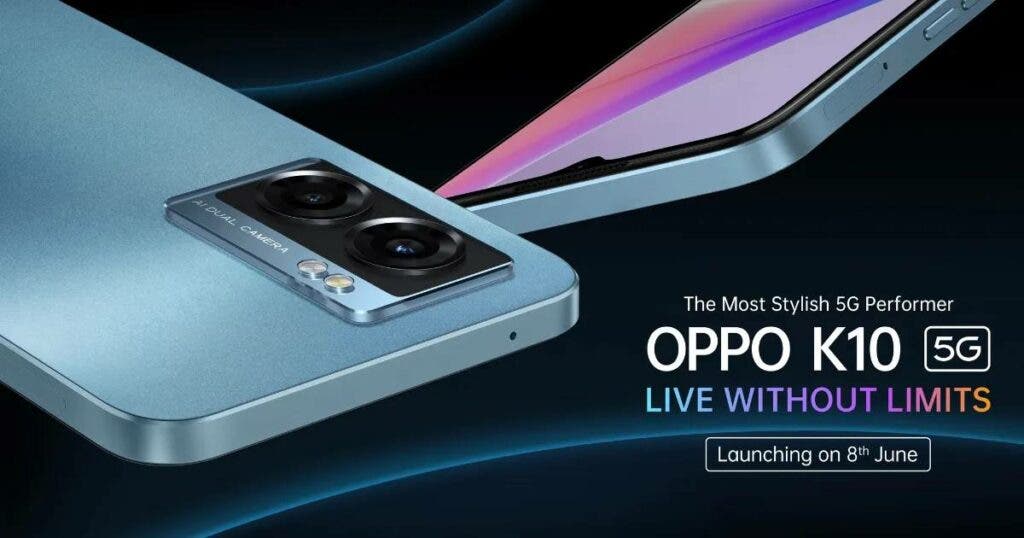 The microsite reveals the Oppo K10 5G India launch date. Moreover, it showcases the phone’s design. The Oppo K-series 5G smartphone’s launch event will start at 12 PM IST on June 8. You will be able to choose between two color options as per the Flipkart listing. These include Balck and Blue. The 4G-ready version of the K10 went official in India in March. The handset comes with a Snapdragon 680 SoC. However, the 5G-enabled model could boast notably upgraded specifications.

Reliable leaker Yogesh Brar predicts that the K10 5G will sport a 6.5-inch LCD panel. Further, he suggests that the display will support a 90Hz refresh rate. However, details about the display’s resolution are still scarce. Under the hood, it could pack a MediaTek Dimensity 810 SoC. This processor may pair with 8GB of RAM. Also, the tipster claims that it could ship with 128GB of onboard storage. Regrettably, it will be available in a single configuration. The phone will probably feature a dual rear camera setup. 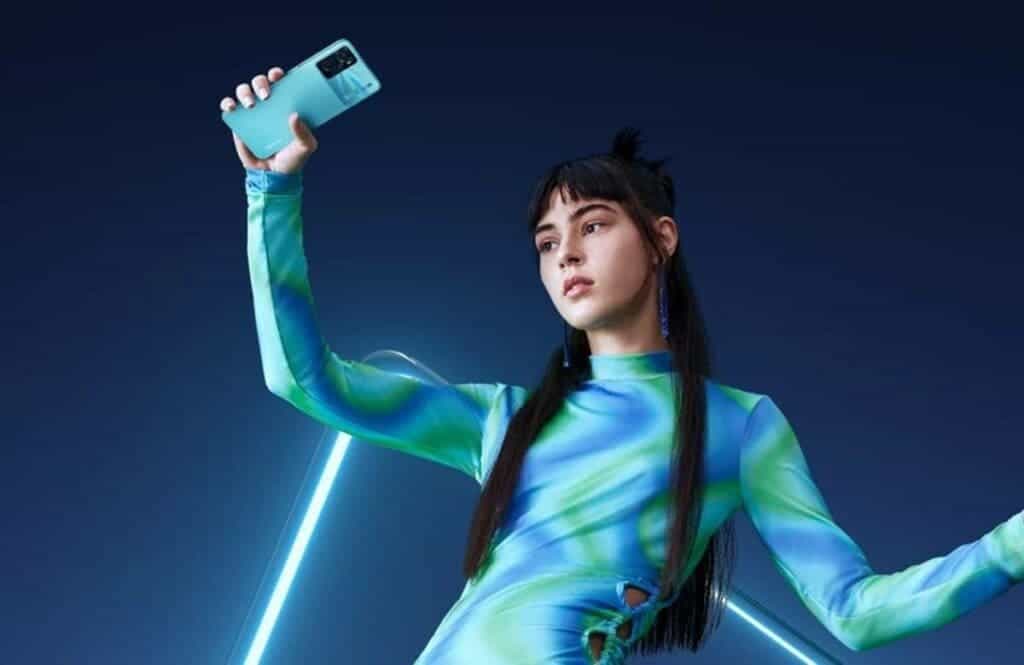 The rear-mounted camera module is likely to house a 48MP main sensor. Moreover, it could include a 2MP secondary camera. On the downside, the 5G model will be getting one less rear camera than the 4G model. Upfront, the phone houses an 8MP shooter for selfies and video calls. The 4G model comes with a more efficient selfie camera. Further, the phone runs Android 12 OS with ColorOS 12.1 skin on top. A 5,000mAh battery could power up the entire system. This cell is likely to support 33W fast charging.

Previous Samsung Electronics may join the race to buy ARM

Next Noise ColorFit Pulse Buzz To Go On Sale In India Soon, Where To Buy