In India, Motorola has confirmed the release of a new G-series smartphone. On June 7, the business will unveil the G82 5G, a new mid-range smartphone. The Moto G Go is another Motorola smartphone in the works. The smartphone is a low-cost option. The launch date of the forthcoming affordable smartphone is yet to be confirmed by the Lenovo-owned sub-brand.

While we wait for that, the Moto G Go’s design has been revealed by a new leak. Sudhanshu, the source who leaked the design, also divulged several critical specs for the next Motorola smartphone. Let’s take a look at the Moto G Go specs, design, and other information that has been available thus far.

Motorola‘s latest affordable smartphone, the Moto G Go, will be released soon. The device’s design and specifications have been available online ahead of its release. The phone will feature fairly thick bezels around the display, according to pictures submitted by tipster Sudhanshu. The chin, in particular, is thicker than the rest of the screen’s bezels.

The Moto G Go will launch with a water-drop notch display. An IPS LCD screen will be in use for the multi-touch display. The volume and power controls are on the right edge, while the microSD card slot and SIM tray are on the left. 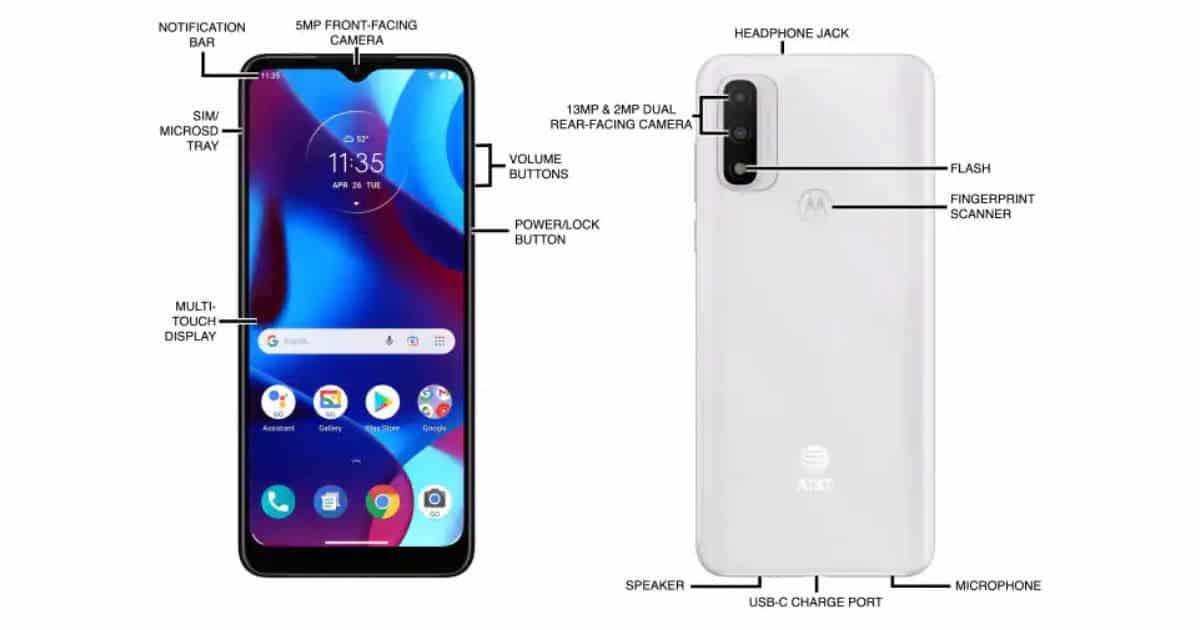 We have a vertical camera arrangement on the polycarbonate back. On the back, there will be a dual-camera arrangement. According to Sudhanshu, the Moto G Go sports a 13MP main camera. There will also be a secondary camera with a resolution of 2MP. The phone will include a 5MP front camera sensor for selfies. An LED flash is also available in the pill-shaped module.

The Moto G Go has a fingerprint scanner on the back for biometrics. We also expect it to have support for AI face unlock. The USB Type-C port is located on the bottom edge, adjacent to a speaker grille. A headphone jack is also located on the phone’s top edge.

It wouldn’t be surprising if the phone came preloaded with Android 11 (Go) Edition and had 2GB of RAM for the lowest model. The phone’s display size, chipset, and battery capacity are all unknown. We will provide further information as soon as it becomes available. We will for sure get more details in the upcoming few days about this upcoming smartphone, so keep in touch with us for more details in this regard.

Previous Google Pixel 6a: A new unboxing video has been leaked