Noted leaker Yogesh Brar recently predicted that the Moto G82 5G is coming to India soon. The tipster claimed that the phone will arrive in the country on June 9. However, Motorola India has put this speculation to rest. The company has officially confirmed the Moto G82 5G smartphone’s India launch date. Also, the microsite gives us a glimpse of the handset’s awe-inspiring design. It sheds light on its specs and launch date as well. To recap, the G82 5G was launched in Europe in May 2022.

Now, the Indian variant of the Moto G82 5G has made its official appearance online. Notably, the handset draws inspiration from the Moto E32s in terms of design. The device has been subject to a lot of leaks lately. A past leak had divulged its specifications and launch price. Moreover, the phone was spotted on the TENAA database. The handset’s TENAA listing also revealed a few vital pieces of information. So, let’s check out what the Moto G82 5G has to offer without further ado. First off, the Moto G82 5G will launch in India on June 7.

Further, Motorola has confirmed that the Moto G82 5G will retail on Flipkart. Alternatively, you can purchase it from the Reliance Digital store. Also, the Moto G82 5G will be up for grabs on the company’s official website. You will be able to choose between White Lily and Meteorite Gray color options. Upfront, the phone houses a 6.6-inch pOLED panel. This display offers a Full HD+ resolution and a 120Hz refresh rate. Moreover, it delivers a touch sampling rate of 360Hz. It also supports DC dimming and the DCI-P3 gamut. 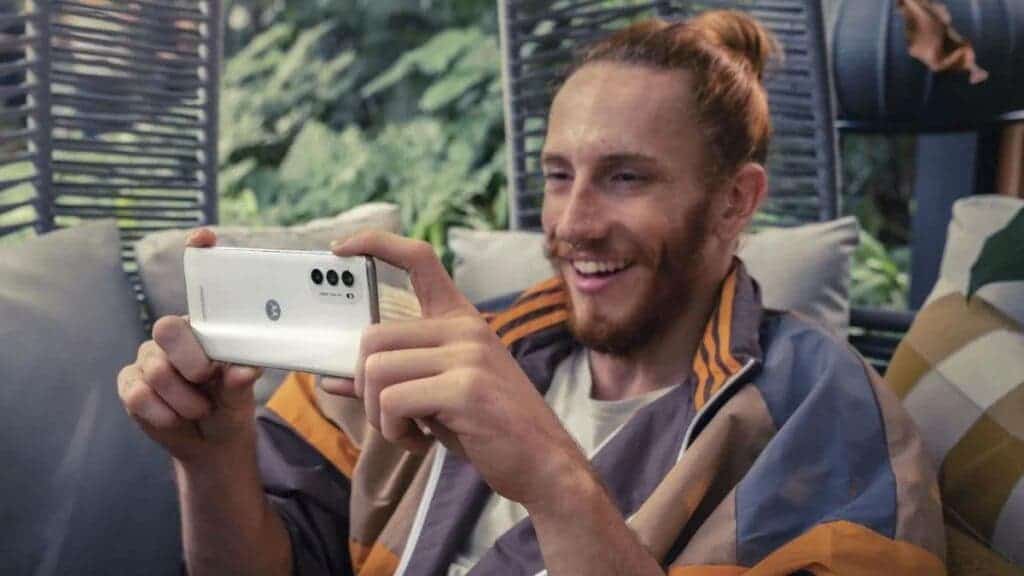 Under the hood, the Moto G82 5G packs an octa-core Qualcomm snapdragon 695 5G processor. It also gets an Adreno 619L GPU for graphics. Furthermore, the phone will ship with 6GB of RAM and offer 128GB of internal storage. You can use a microSD card to expand the onboard storage up to 1TB. A robust 5,000mAh battery will be powering up the entire system. This cell supports 30W turbo charging. Also, the Moto G82 5G houses a decent rear and front-mounted camera setup. There’s a 50MP primary sensor on the back.

Moreover, the rear-mounted camera module features an 8MP ultra-wide lens. Lastly, it comes with a macro shooter. Upfront, the phone has a 16MP snapper for selfies and video calling. It runs Android 12 OS with My UX on top. Also, the Moto G82 5G carries an IP52 rating.