As usual, Google is preparing a new version of Android in the form of Android 13. The new update may not be a groundbreaking release, since it comes to refining what the company introduced with Android 12. The last year’s update was one of the biggest since Android 9 Pie, now, Google will keep improving the formula with Android 13. The new release will bring a bunch of refreshments and interesting additions. As usual, the Pixel 6 series will be among the first smartphone to get the new features.

We also expect a couple of exclusive features for the Pixel smartphones. After all, these devices are Google’s best advertisement for Android. The Pixel 6 series has been around for a while, but the users are still trying to discover everything the lineup has to offer. In this article (via), we’ll list 5 interesting new features available with the Pixel 6 series. Worth noting, that these features are also available for some Android smartphones, and you can experience them.

As usual, Google keeps trying to improve the camera experience with its smartphones. Although the Pixel 6 series brings significant upgrades in hardware, the real secrets are within the software. As usual, the Google Camera app brings many interesting features, and some of them are exclusive to Pixel handsets. Among the interesting features available for the Pixel 6 series we have the Real Tone Filters. The feature provides accurate skin tones for more people. It’s also available on a lot more smartphones. 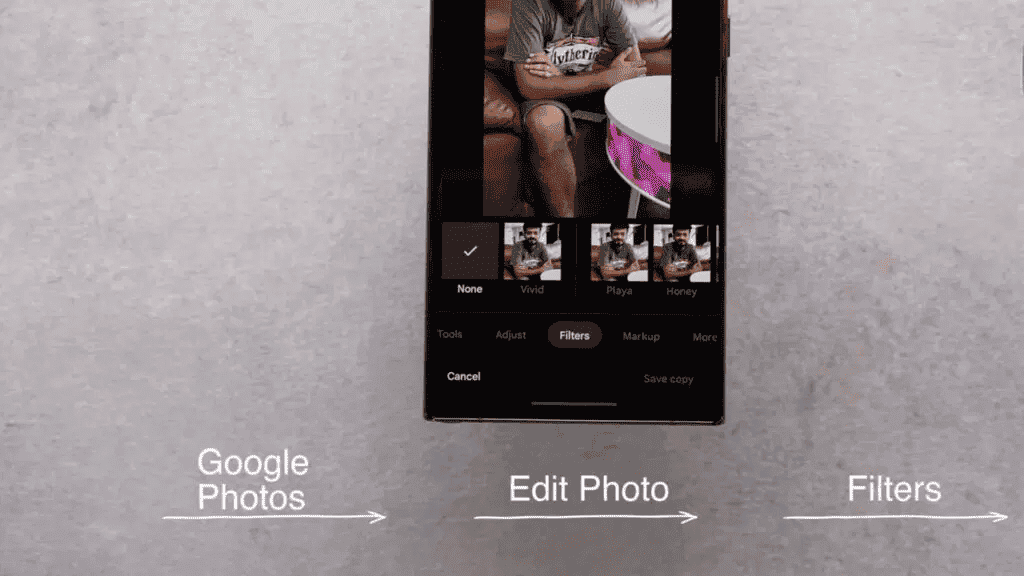 In Google Photos, you just need to edit a phone, go to filters and you’ll find the Real Tone Filters. There is Playa, Honey, Isla, Desert, Clay, and Palma. You can also tap on a filter to adjust its intensity. It does make a difference in skin tones, and environment tones.

Once you have moved the photo to the locked folder, it will not be backed up, it will not appear in the photos grid. Also, you won’t be able to find it through the search bar or via some apps such as WhatsApp, Telegram, or Instagram. The folder is truly hidden.

To access the locked folder, you’ll need to go to the library in Google Photos and scroll down below. You can use a fingerprint, PIN, or pattern to reach your personal locked photos.

This feature is really interesting and useful for a lot of Android users through Gboard. If you make any typo, the keyboard will highlight the correct word in the upper bar. It’s interesting when you’re writing something that shouldn’t go with errors. It is also useful for normal conversations. It’s simple you just need to go to Gboard Settings, text correction, and at the bottom of the page enable the “Spell Checker and Grammar Check” options. 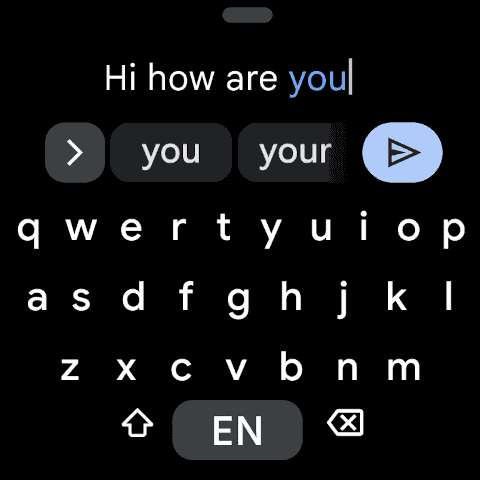 Another interesting feature that came with the Pixel 6 is the Lookout Image Mode. It’s a useful accessibility feature on Android. It’s an Explore Tab, it allows users to use the camera to detect objects in the surroundings and allow you to know what they are. The mode allows you to take any image from your gallery and will describe it for you. It’s not perfect at the moment, it’s a good addition to Android’s accessibility features. Perhaps, future updates will make it even more useful.

Google is trying to improve the usability of its native widgets. The company recently introduced a new YouTube Music widget, a new battery widget, and a new digital well-being widget. The latter comes in three different sizes and allows you to check the total screen use time of the top three apps you have used throughout the day. The feature allows you to have an idea of screen use without needing to head to the smartphone’s settings. You’ll get interesting information straight from your home screen.

Last but not least, we close this list with Portrait Blur. The depth camera sensor is basically in every smartphone released in the past two years. Manufactures tend to neglect ultrawide snappers, while advanced sensors such as telephoto and periscope are only available in premium devices. The depth is always present, even in low-end smartphones. Unfortunately, the blur effect brought by some of these sensors is pretty bad. Thankfully, Google Photos now allows you to add the portrait blur effect manually. It’s better than many native solutions.

To access it you just need to take any photo in Google Photos and Tap Edit. You’ll get the portrait suggestion which adds the blur effect automatically. Alternatively, you can head to tools, and add the blur effect manually. It’s a good feature, but there is still room for improvement. You can also adjust the effect through the depth option. The feature is available for Pixel devices, but Android users with Google One subscriptions can also access it.