Recently, we reported that Russia is actively working on its own chips. That’s not a secret that after its invasion of Ukraine, the US, many European countries, Japan, and others set a few bunches of sanctions. According to them, companies doing business in the mentioned countries are disallowed to sell any hardware and software products to the occupant. So Russia has decided to design its own chips. Today, Kommersant said that Baikal Electronics may freeze the project for the release of Baikal-S server processors presented at the end of 2021. The reason is that the company is unable to place orders with the Taiwanese TSMC.

What’s worse, a number of large structures, including Sberbank, counted on significant batches of servers on Baikal-S in order to fulfill the requirements for import substitution. But it turns out that Russian companies will have to look for ways to import servers from foreign processors.

As Maxim Koposov, director of the Promobit company (manufacturer of Bitblaze servers and storage systems based on Elbrus processors) said, the cancellation of Baikal-S means that in the near future, corresponding Russian companies will rely only on foreign chips. 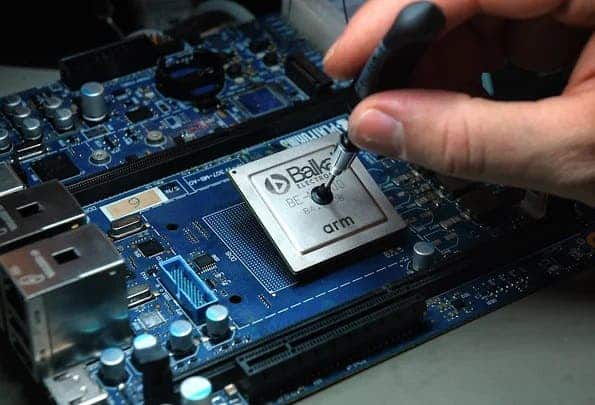 “First of all, the market will be filled with the world’s most mass-produced processors from Intel and AMD, imported through parallel import channels, as well as Chinese products.”

Yaroslav Petrichkovich, the founder of SPC Elvis, is more optimistic. He believes that the cancellation of Baikal-S processors will not hit hard in terms of sales of computer equipment. He thinks so because the chips from Baikal Electronics and SPC Elvis existed only in pilot batches. “However, many companies invested in projects based on these chips, a new market of domestic trusted solutions was forming, and now there are certain problems with this,” Petrichkovich clarifies.

In this regard, Koposov thinks that Russian processor developers will face a choice. (1) They will have to reduce the technical characteristics of their devices. Otherwise, they won’t meet the technological possibility of production in Russian factories. (2) The Russian companies might sell their developments to foreign partners.

The media has got reliable information from two different sources in the Russian microelectronics market. Both claim that Baikal Electronics has canceled the production and sale of Baikal-S server processors due to Taiwanese TSMC’s refusal to enter into new contracts.

This is not the all. The already-ordered Baikal-M processors made for computers and laptops also do not arrive in the RF. “The participants of the recent summit of design centers spoke about this: problems with access to production facilities and foreign IP make supplies unreliable and it is too risky to put such a processor into the development of new computers,” adds a top manager of one of the specialized enterprises.

In fact, Baikal Electronics had big plans for the server processor market. A year ago, the company announced its investment strategy until 2025. According to it, the first chip coming our way from this chip maker ought to be the Baikal-S processor. Until the end of 2022, Baikal Electronics has been planning to order 300 thousand processors from TSMC. By 2025, they should double this figure.

Prior to this, there have been many consumers interested in Baikal-S. “Sberbank planned to switch to Baikal-S if the state obliges to buy products exclusively on Russian processors. Now, obviously, there will be no servers on these processors in Russia.”

As a result, the company may also cancel its plans of launching the next generation of Baikal-S2 server processors. The company got 5.64 billion rubles as a subsidy from the Ministry of Industry and Trade for its development. Before TSMC’s refusal, the company had plans to bring the chips to the market by 2025. Baikal Electronics declined to comment in detail. It assured that “the team continues to work on all projects, including Baikal-S, Baikal-S2.”