The Taiwanese Semiconductor Manufacturer Company (TSMC) is certainly in the lead of ARM-based chipset manufacturing. The company’s modern 4 nm process is now being used by MediaTek and Qualcomm. The firm is also an important partner for Apple with its A-series chip, although Apple keeps investing in the 5 nm process. Interestingly, Qualcomm started the year using Samsung’s manufacturing process, however, it didn’t satisfy the company due to heating and lack of efficiency. Qualcomm decided to move to TSMC and the partnership gave birth to the Snapdragon 8+ Gen 1. TSMC will likely be a leading force in the next year, and the company already detailed its plans for the 3 nm and 2 nm manufacturing processes.

The manufacturer detailed chip development details at its 2022 TSMC Technology Symposium. The Taiwan-based chipmaker is introducing 3 nm chips in the second half of this year. It will bring 2 nm technology to the world stage in 2025. The 3 nm node will arrive in five tiers. These will differ in powers, amount of transistors, and efficiency. They will be namely: N3, N3E (Enhanced), N3P (Performance Enhanced), N3S (Density Enhanced), and N3X (Ultra High Performance). 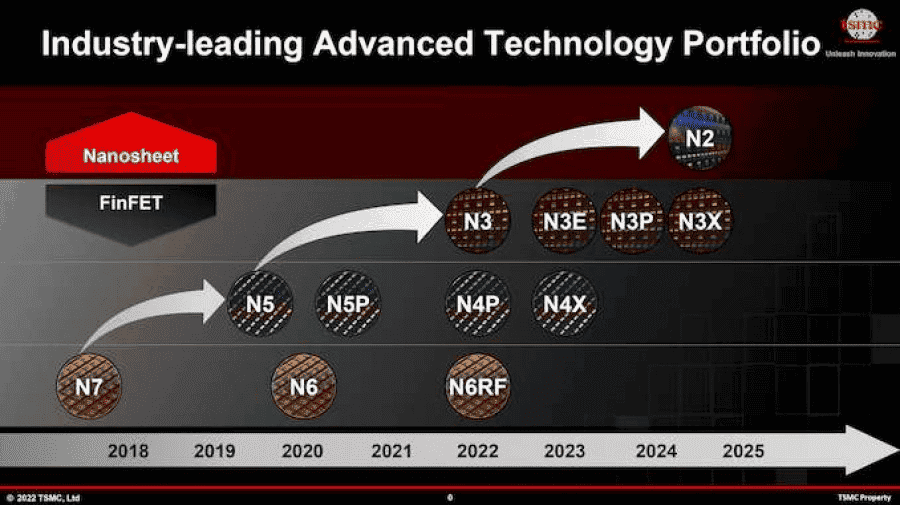 The company also revealed some details on the 2 nm node. According to them, the upcoming node will boost performance by 10 percent to 15 percent at the same power draw. They will bring a 25 percent to 30 percent lower consumption at the same frequency and transistor count, compared to the N3E node. The N2 will increase chip density over N3E by 1.1 times. TSMC alto took the opportunity to introduce GAAFETs (namely, gate-all-around field-effect transistors). The new nanosheet transistors will increase performance per watt by reducing resistance. 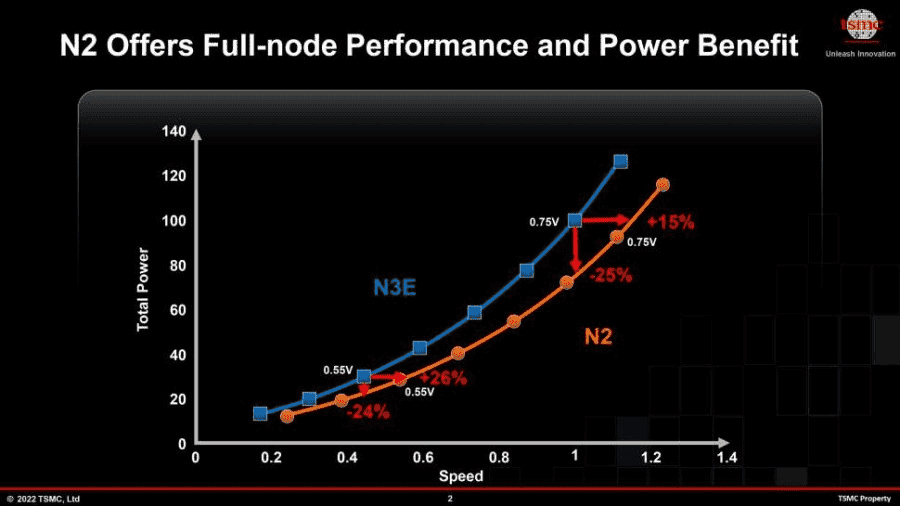 We’ve been used to seeing new manufacturing processes being introduced every year. However, it seems that there will be a gap in 2024, where the companies will stick with more efficient versions of the 3 nm process. 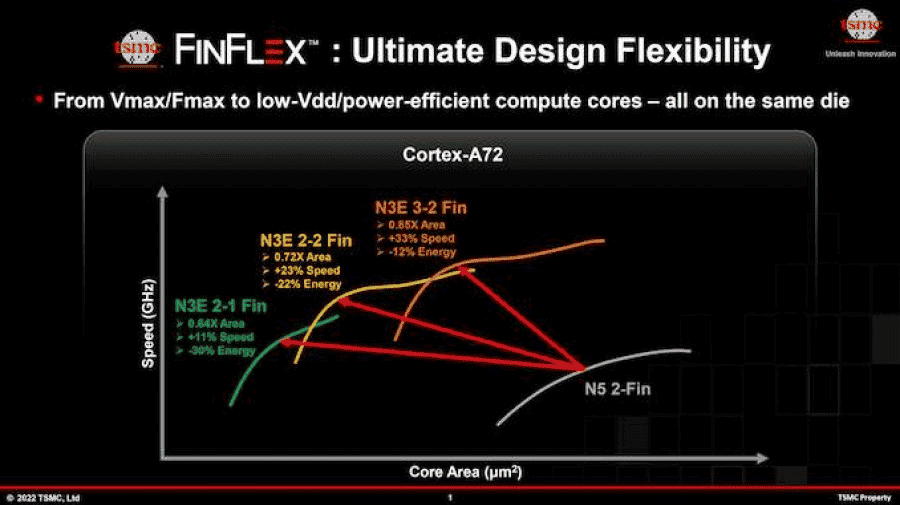 For a quick comparison, Samsung Foundy will be mass-producing 3 nm chips in 2022. Similarly, its 2 nm chips will enter production in 2025.