In a video posted in a tweet via the official Android Twitter account, Google again mocked Apple through Drake’s song “Texts Go Green”. This title, from the album “Honestly, Nevermind” that the artist has just released; refers directly to one of the biggest problems with iPhones.

Indeed, the American singer’s song reminds us that when you receive a message on an iPhone, if it appears in a blue bubble, it means that it was sent from another iPhone from iMessage. However, if it appears in a green bubble, it is using the less reliable SMS protocol and is likely from an Android smartphone, or from a user who has been blocked on iMessage.

With its tweet, Google highlights Apple’s refusal to deploy the RCS protocol on iPhones. Calling the song a “real banger”, Google says the “phenomenon” of green text bubbles is “pretty rough”; both for Android smartphone users and anyone else stuck.

#TextsGoGreen hit us different, that’s why we had to drop this unofficial lyric explainer video #GetTheMessage 💚😏 pic.twitter.com/dPxt9yZjCG

Google criticize Apple for not offering RCS support in iMessage 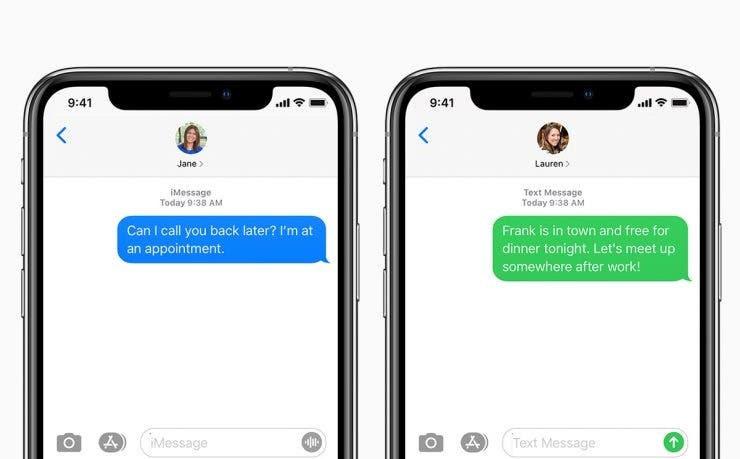 The problem is that some Internet users often take a very dim view of these green bubbles; and some even go so far as to harass their friends to buy an iPhone. Recall also that by refusing to adopt the new RCS protocol, Apple voluntarily endangers its users. When iPhone and Android users communicate using the SMS protocol, the messages are not end-to-end encrypted, unlike the RCS protocol.

“If only a super talented team of engineers at Apple could fix this problem,” the company adds in the video. “Because it’s a problem that only Apple can solve. They just have to adopt the RCS, in fact”. This is not the first time that Google has demanded that Apple replace SMS with RCS and stop imposing iMessage, but we are not sure that this new provocation will change the American giant’s mind.

Next Windows 11: the new file explorer is much lighter than before