How much capacity is left on your iPhone’s battery? For a lot of Apple fans, this is obviously a worrying issue. My own iPhone has been in use for three years, and the battery health has dropped to 89%. At this level, I have long been indifferent. However, a considerable number of Apple users are still very concerned. The decline in battery health means that the power consumption will become faster, and the battery life of the mobile phone will greatly reduce. For this reason, many users have been asking how they can slow down ageing of their batteries. Well, battery must lose its capacity as it gets older, but we can take some precautions to make them last longer.

Can’t I just change the battery?

Let’s not talk about the impact of changing the battery on the airtightness of the iPhone for the time being. Even if you replace the official original battery, it is considered to have been disassembled. Not to mention that you may not get original batteries, which would do more harm than good.

1. Don’t wait until the phone is off before charging

According to Apple’s official statement, the core factor affecting the battery life of the iPhone is “the chemical age of the battery”. To calculate, a cycle refers to a cycle from 0 to 100%, that is, the number of charge and discharge cycles. Apple’s standard for this is: when the charging cycle reaches 500 times, the battery can maintain up to 80% of the initial capacity. If your iPhone battery health is lower than 80% during the warranty period, you can apply to Apple’s official after-sales service for free battery replacement.

It is worth mentioning that the standard given by Apple is extremely conservative. Even if we reach 500 cycles of normal use, the battery health will not drop to 80% so quickly. In this case, if we want to delay the decline of iPhone battery health, we should try to avoid charging and discharging to reach a cycle. This means that you should not wait until the battery is 0% before charging. Usually, we need to recharge it at any time when we have charging conditions. It is good to be able to maintain the range between 25% and 75%, and at least about 25% should be considered for charging.

In Apple’s official documentation, there is a sentence that mentions that fast charging is convenient, and slow charging guarantees life. A couple of tests using 5w, 18w, and 20w chargers to charge the same new iPhone for two months reveals that only the 5w iPhone battery is kept at 100%. Thus, it is easier to shorten the battery by using fast charging frequently. For longevity, the existence of trickle charging is still quite necessary, and this is also the significance of activating the optimization charging function.

The function of optimizing battery charging is on by default on iPhones. If you don’t care about battery life, you can choose to turn it off. After turning it off, the charging speed of the iPhone will improve, but the effect is not obvious.

This function will intelligently learn your charging habits. If you are used to charging your phone overnight, it will remember this time interval. After charging to 80%, it will slow down the charging speed and lengthen the charging time. This will greatly protect battery health.

3. Do not charge in a hot or cold environment – avoid charging while in use

In addition, Apple also emphasized: “When using the phone in a very cold environment, the phone’s use time will decrease and the battery will drain quickly, but this situation is only temporary. When the battery temperature returns to the normal operating range, its performance will also be reduced…”

That is to say, we should avoid putting the iPhone in an environment where the temperature is higher than 35 degrees. The iPhone may limit charging after the power reaches 80%. If you charge your phone in a high-temperature environment for a long time, it will cause irreparable damage to the battery.

In addition to environmental factors, the heat from the phone itself will also affect the battery life. Many people are accustomed to playing games while charging, which can easily lead to abnormal heating of the iPhone. Therefore, for the sake of battery health, we try to avoid charging while playing games.

Most charging accidents are a result of using inferior third-party chargers. The inferior third-party chargers lack corresponding safety mechanisms. Thus, there is always a risk of overshoot, overheating or short circuit. Although Apple’s original charger is not necessarily the fastest charging, it must be the safest. It has over-current protection, over-voltage protection, over-temperature protection, short-circuit protection and flame-retardant protection of the casing. Under the premise of ensuring safety, it also minimizes the decline in battery health. 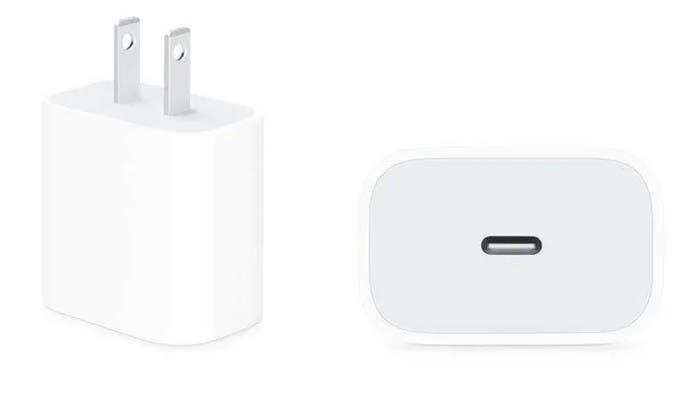 However, Apple’s original charger has two problems that users often complain about. One is that it is expensive and the other is that it is not durable. However, for the safety of the iPhone, the original iPhone charger remains the best.

These are simple tips that will help iPhone users to safeguard the battery health of their iPhones. Replacing the battery may not be a good idea. You will have to spend money and the replacement will most likely not be perfect especially if it’s from third-party repairers.

Previous LG DualUp 28-inch display with 16:18 aspect ratio in US