In the second half of this year, Xiaomi will launch not only the Mi 12 Ultra camera phone but also a small-screen flagship dubbed the Xiaomi Mi 12S. As the name implies, it is going to be a slightly upgraded version of the original Mi 12.

The Mi 12S will sport the Qualcomm Snapdragon 8+ Gen 1 flagship processor. If so, we are talking about the most powerful small-screen flagship in the Android camp. Anyway, apart from the powerful processor inside, the phone will also have various memory combinations of 8GB+128GB, 8GB+256GB, 12GB+512GB, and other versions. At the same time, it supports 67W wired fast charging.

So we can say that the main difference between the Xiaomi Mi 12 and the Mi 12S is the chip and the 512GB large-capacity storage.

By the way, a 12GB variant has been spotted in GeekBench. According to the leaked screenshot, the latter scored 1328 points and 4234 points in the single-core and multi-core tests, respectively. 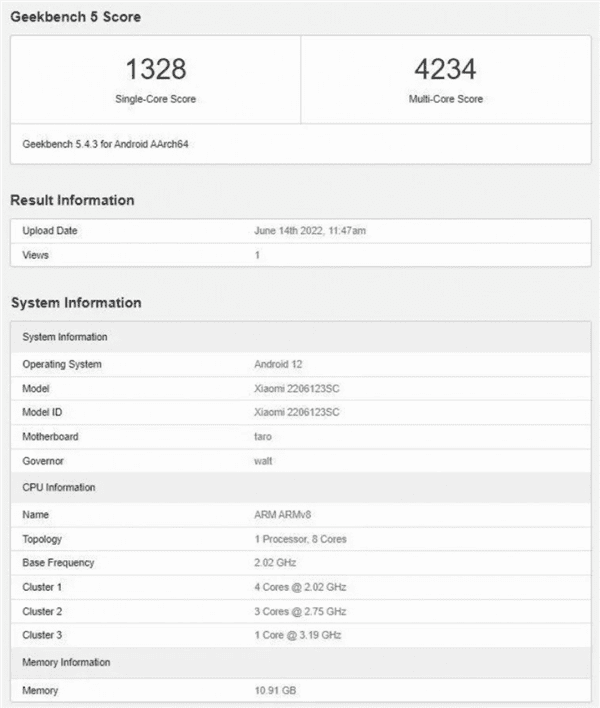 Well, the main selling point of the Mi 12S is not going to be the performance. Of course, the Snapdragon 8+ Gen 1 has no equals in the Android camp. But there are many other brands that will bring their own models with this chip onboard. In this sense, the biggest highlight of this device will be the excellent one-handed experience and grip. The screen size ought to remain the same at 6.28 inches. Also, the body width is expected to remain around 70mm. 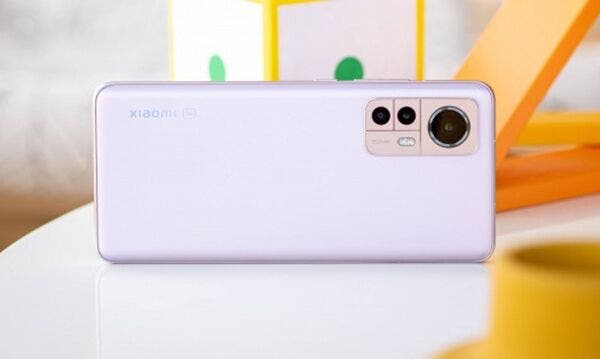 In terms of photography, the Xiaomi Mi 12S will also add Leica imaging algorithms. Plus, it should get some Leica functions such as Leica video filters, Leica natural colors, and black and white filters.

Pro Model To Have Two Versions

The Xiaomi MI 12 includes different models. Say, there are the vanilla version as well as the Pro version. So there is every reason to think the 12S series will bring more than one model as well. Moreover, the Xiaomi Mi 12S Pro has been spotted multiple times. According to the leaks, there will be two versions of the Pro model. One of them will sport the MediaTek Dimensity 9000 flagship processor, and the other version will come with the Qualcomm Snapdragon 8+ Gen 1 flagship processor. Not accidentally, they are called the Mi 12S Pro Dimensity version and the Mi 12S Pro Snapdragon version, respectively.

Both models will feature 2K LTPO 2.0 screens, support intelligent refresh rate adjustment, and realize self-adjustment of refresh rate under different apps. In effect, the phone will provide not only better performance but also save a lot of power.

The machines should attend the same stage as the Xiaomi Mi 12 Ultra in July.

Xiaomi Mi 13 Is In Works As Well

The Xiaomi Mi 12S series models and the Xiaomi Mi 12 Ultra should boost Xiaomi’s sales in the second half of the year. It has become a common practice for all major smartphone makers. But we also know that the manufacturer has commenced working on the next-gen annual flagship, the Mi 13. In this sense, will the aforementioned Mi 12 series perform well on the market?

Previous How to use Google TV on Android and iOS devices