In terms of running points, the Dimensity 9000+ has a single-core score of 1322 as well as a multi-core score of 4331. It also surpasses the Qualcomm Snapdragon 8+ Gen 1. The device with this chip will launch in Q3 this year. 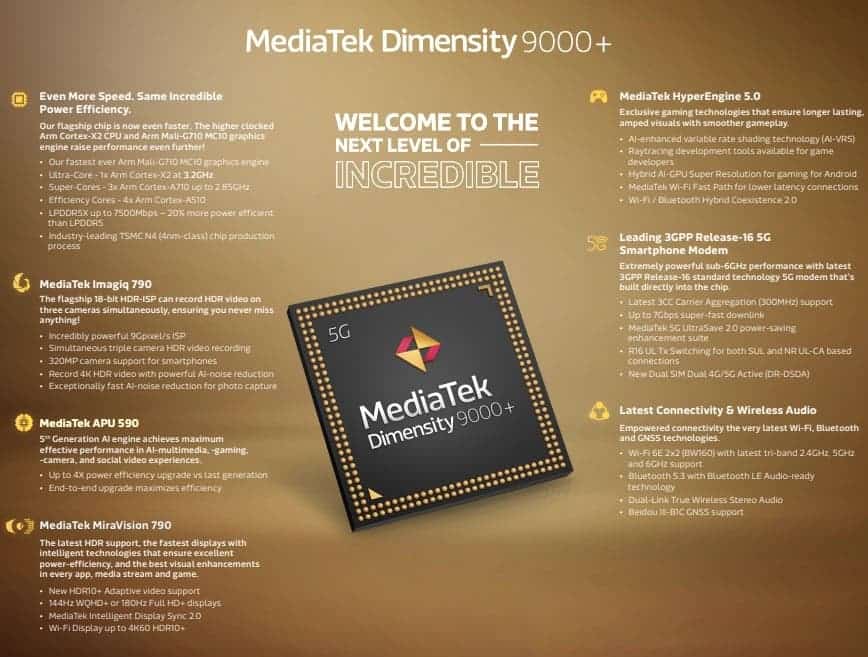 The latest HDR support, the fastest displays with Intelligent technologies that ensure excellent power – efficiency. It is also the best visual enhancements in every app, media stream and game

Empowered connectivity with the very latest Wi-Fi, Bluetooth as well as GNSS technologies

Next Instagram will soon verify your age using your smartphone's camera