This morning, Chinese manufacturing giant, Huawei released the official teaser for a July 4th conference. The announcement reveals that the company will launch a new colour version of the Huawei P50 Pocket at this event. Judging from the official promotional image, this should be a plain leather version. However, this new version comes with a similar gray-purple effect, which looks very temperamental. In terms of appearance design, Huawei P50 Pocket is no doubt a top-of-the-line foldable smartphone. It adopts a top-down folding design, and it is more compact after folding. After folding this device, the size is just like the regular makeup mirror used by girls. 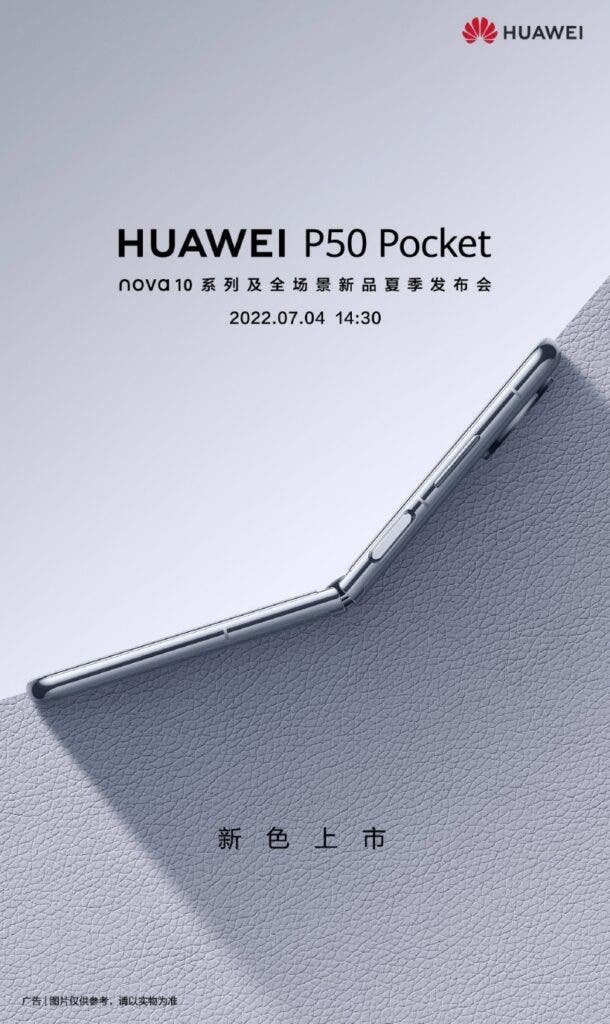 On the rear, this device adopts a “binocular-like” camera module with a triple camera setup. On the front, this smartphone comes with a 6.9-inch flexible screen that supports 442ppi, 1.07 billion colours and P3 wide colour gamut. This flagship smartphone also supports a 120hz refresh rate and 300Hz ultra-high touch sampling rate.

Under the hood, the core configuration of the new version should be exactly the same as the original model. This device will come with a Qualcomm Snapdragon 888 4G processor. In the camera department, this device will come with a 40-megapixel main camera + 13-megapixel ultra-wide-angle + 32-megapixel ultra-spectral camera on the rear. Furthermore, it comes with a built-in 4000 mAh battery that supports 40W fast charging.

In addition to the Huawei P50 Pocket, there will be two protagonists at the conference. One is a new smartphone in the nova series, the Huawei nova 10 series while the other is the M7 large SUV model.

Previous Chrome OS 103 is making Android devices closer than ever