Chromebooks and Android smartphones will have a better, leaner and more profitable relationship from now on. Thanks to version 103 of Chrome OS, of which Google has started distribution. The improvements are part of the future projects that Google spoke about first at CES in January and then during last month’s I/O; a path that will lead the two operating systems made in Mountain View to collaborate more and in a better way.

So, the latest Chrome OS expands Phone Hub, the built-in control center that lets you reply to messages; check your phone’s battery level, or turn on network Wi-Fi sharing directly from Chrome OS. Now to the already existing functionalities added the possibility to access the photos stored on the smartphone; which will appear directly on the Phone Hub in the new Recent Photos section.

One click is enough to download the photo; so there is no longer any need to resort to other methods to transfer photos from Android to Chromebook. No more forwarding of shots and videos via Telegram, or long cloud uploads. It is enough to keep the two devices close, the rest does the integration between the systems.

The release of Chrome OS 103 is underway 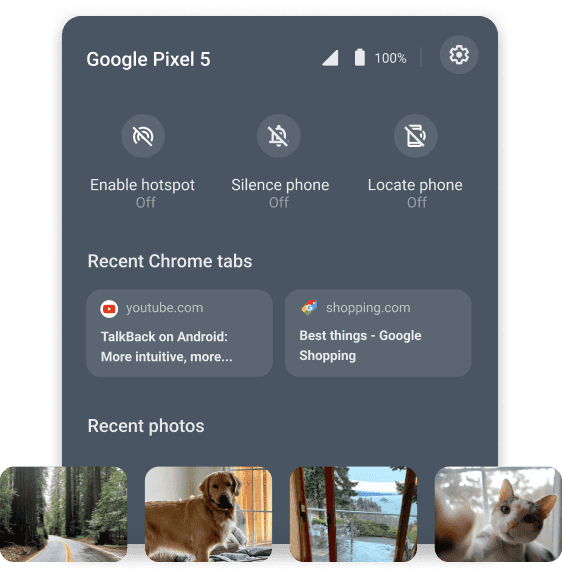 Another achievement of the integration between Chromebook and Android smartphone that smells like Apple is sharing the Wi-Fi network via Nearby Sharing, already useful for passing music, pictures or other files. With Chrome OS 103 it is possible to easily share the password of a Wi-Fi network saved on an Android smartphone, which is useful to avoid having to write down every single character of an often very long key when connecting to a network a new Chromebook.

The rollout has also started for Screencast, the app that allows you to record clips on the OS; and automatically find them on Google Drive, ready to be shared. “Screencast allows anyone to easily record instructional videos, software demos, presentations and more ,” explains Google.

Previous iOS 16: impossible to edit or delete messages with users on old versions