Xiaomi is gearing to introduce the Xiaomi 12S series soon in the Chinese market. However, it seems that the company is already planning the Xiaomi 12T series for release. A particular smartphone with model number 22071212AG model number received certification from Federal Communications Commission (FCC) in the United States. The listing reveals key details like its variants and connectivity features. Despite the early certification, the device will come by Q3 2022 or early Q4 2022.

According to previous reports, Xiaomi is working on two devices that have “Plato” and “diting” codenames. These devices have 22071212AC/G and 22081212C/G model numbers. The letter “C” and “G” indicate their Chinese and Global versions. The shortened model numbers of these devices are L12 and L12A. The L12 (diting) is likely to debut as the Redmi K50S Pro in China. The device may arrive with the Xiaomi 12T Pro moniker in global markets. This phone has two more variants with model numbers: 22081212UG and 22081212R. The former is likely to be called the Xiaomi 12T Pro Hypercharge, whereas the latter could be a Japan-exclusive mode. The device will debut as the Xiaomi 12T Pro. 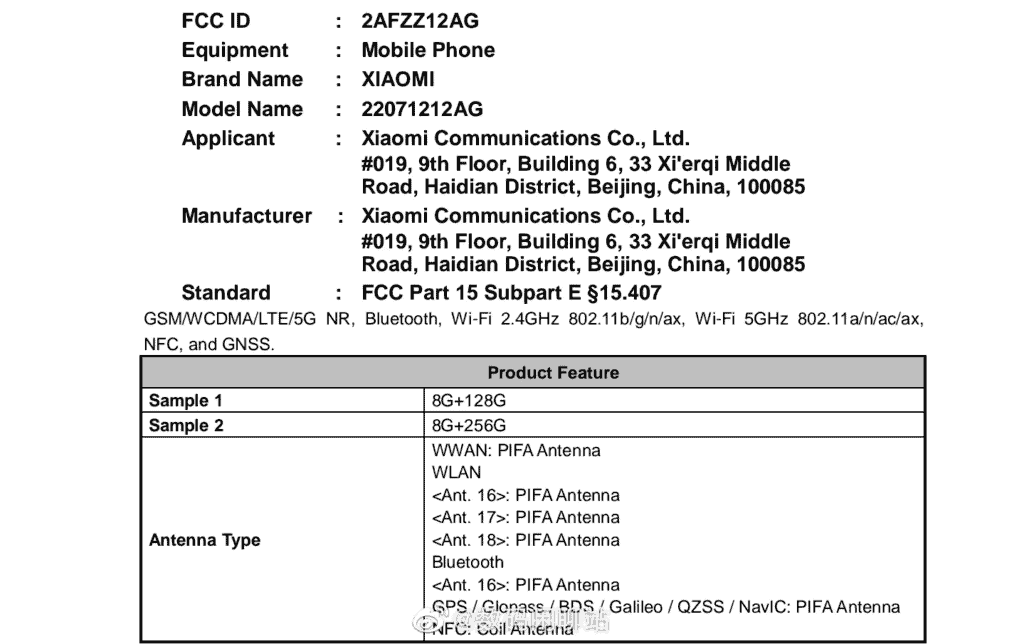 For comparison, the Xiaomi 11T and 11T Pro will carry the MediaTek Dimensity 1200 and Snapdragon 888 chips, respectively. The Xiaomi 12T Pro is likely to feature the Snapdragon 8+ Gen 1 SoC. Meanwhile, the Xiaomi 12T will be equipped with a Dimensity SoC. Xiaomi has a lot of devices in the pipeline and should close the year with the launch of the Xiaomi 13.

Next Xiaomi 12S Ultra gets over 100,000 reservations in less than a day